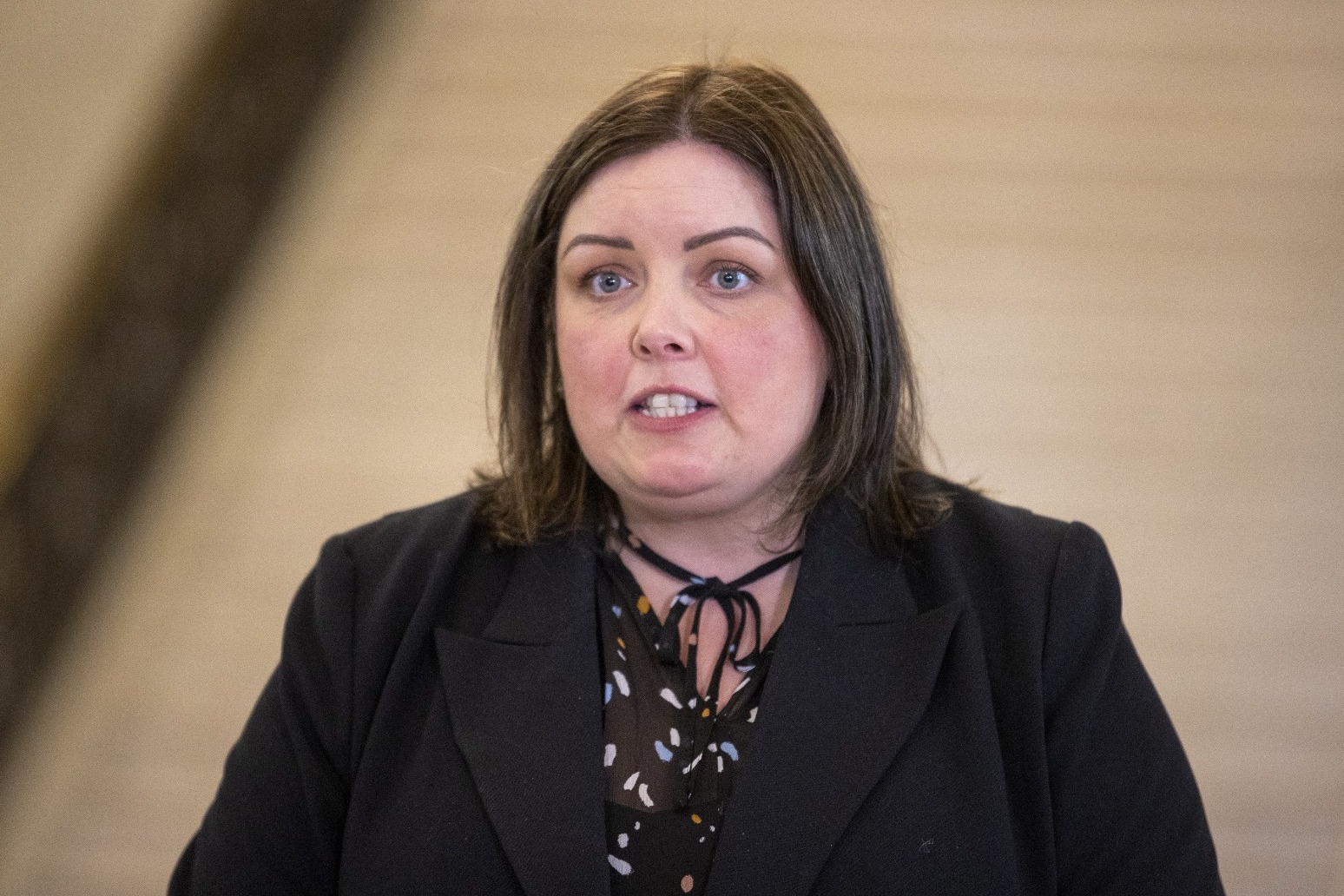 A sitting of the Stormont Assembly on Monday is not a political “stunt”, the Communities Minister Deirdre Hargey has said.

The DUP refusal to elect a speaker and facilitate the formation of an Executive remains unchanged, as the row between the UK and the EU over the Northern Ireland Protocol continues.

Sinn Fein’s Ms Hargey denied that the return to Stormont was a stunt, given the position of DUP leader Sir Jeffrey Donaldson.

The DUP is refusing to enter the powersharing institutions until its issues with the Northern Ireland Protocol are sufficiently resolved.

“It is not timewasting. We were elected to sit in Stormont, to make legislation and to protect people within our communities,” Ms Hargey said.

The Stormont Assembly will meet on Monday in a new bid to nominate a speaker after more than 30 MLAs signed a recall petition.

Following a motion from Sinn Fein, outgoing Speaker Alex Maskey said in a letter to MLAs that the purpose of Monday’s recall was to elect a speaker, deputy speakers and to appoint a first minister and deputy first minister.

“We are not willing to hold the institutions to ransom,” Ms Hargey told the BBC Sunday Politics programme.

“Sinn Fein know this recall will not change anything. The problem is the protocol,” he said.

“We don’t want to be in this position but we have made more progress in two weeks than we made in the previous two years.

“It’s unfortunate that it has taken this step to bring the matter to a head.”

Concerns were also raised earlier this week about what the lack of a powersharing executive in Northern Ireland means for the £400 discount on energy bills announced by Chancellor Rishi Sunak as part of a range of measures to tackle the spiralling cost of living.

“We don’t have functional institutions, because normally when you’re doing emergency payments like this you need to pass legislation within the Assembly,” Ms Hargey said.

“That is still a predicament in terms of those means-tested benefits as well. We do still need to find a way of passing that emergency legislation. So we’re continuing to look at finding workarounds.”

Ms Hargey added: “But the quickest way of making these payments and giving certainty to people outside is to actually have a formed Executive in order to get these payments going.”