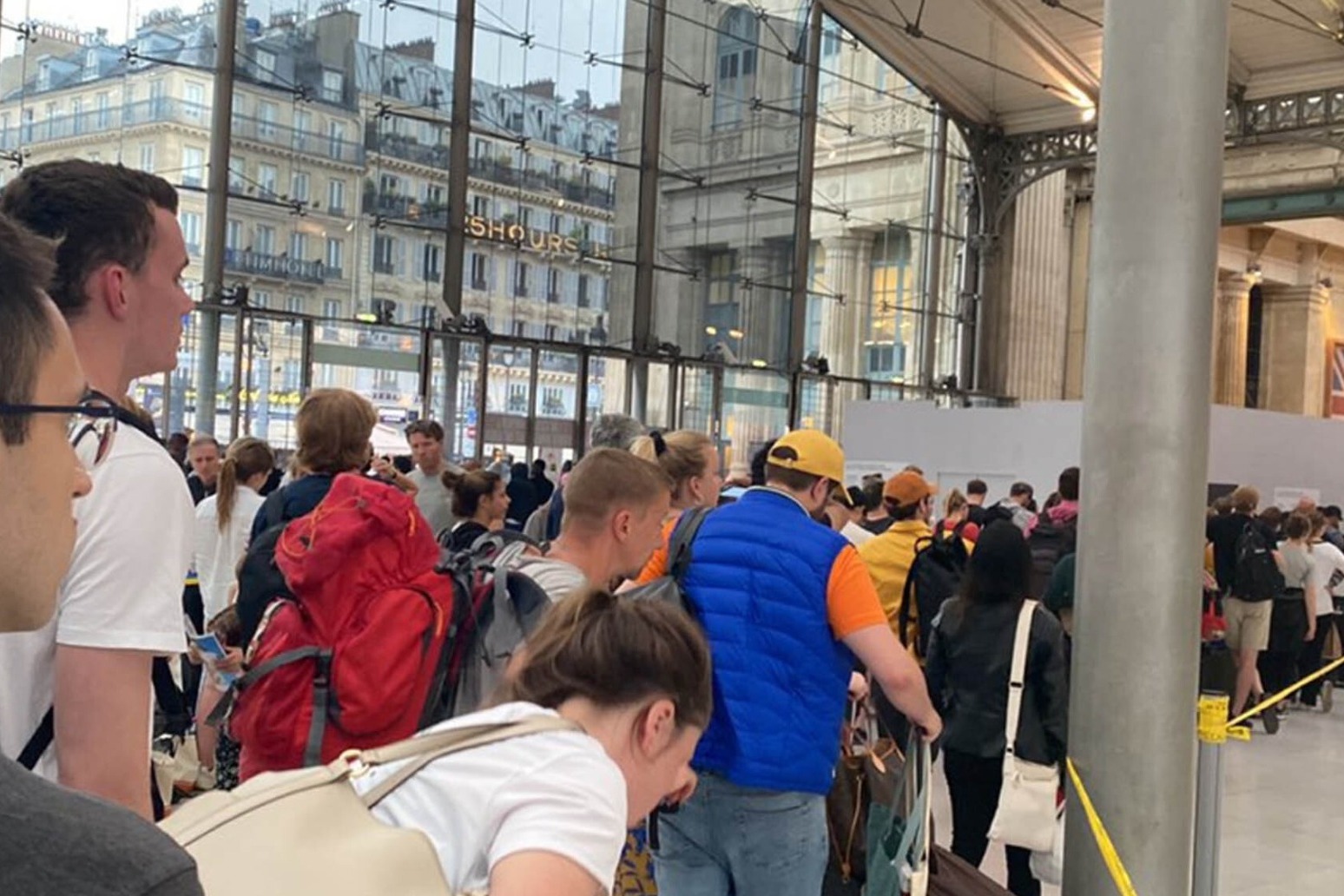 Travellers from Paris to London have been left “tired, frustrated and defeated” after power supply problems led to the cancellation of several Eurostar trains.

Those heading to the UK described waiting at the Gare du Nord station for more than eight hours, as Eurostar advised passengers not to travel on Sunday unless their journey is “essential”.

Many criticised the lack of communication from Eurostar, despite the efforts of staff to help those stranded.

Rex Glensy, 52, was trying to get from Paris to London and said few updates have caused “a black hole of information and (allowed) misinformation to flourish”.

“Delays happen and you can’t get too angry at that. What has been annoying however, is the complete lack of communication from Eurostar,” the film producer from London told the PA news agency.

“I would recommend that the business re-evaluates its communications processes to ensure it puts its clients first – leaving customers without any information in the age of social media is unacceptable.”

Mr Glensy added that the ground staff have been “stellar” throughout the ordeal, but added that he and his partner are feeling “tired, frustrated and defeated” as they try to make it home.

Callum Davies, 33, flew in from Havana, Cuba, on Sunday and had a connecting train to London booked, but has been stuck in queues of nearly seven hours in Paris.

“(There is) clear frustration over the sheer lack of info from Eurostar socials,” Mr Davies, an accountant, said.

“The staff themselves in the station have clearly done the best they can which has been great, albeit given the huge amount of people it felt a bit chaotic at times with groups of people here and there.

“Overall the station must have some form of plans for when things like this happen. But it felt like whatever they were doing, wasn’t it.”

A Eurostar spokesman said: “Due to a problem with the overhead power supply near Paris, all services to and from Paris are subject to delays and cancellations today.”

“Trains are on the move, but are still experiencing delays.

“Our staff are working hard to look after passengers.

“We advise passengers not to travel today and to postpone their journey if it is not essential.”

They added services are expected to run as normal tomorrow.