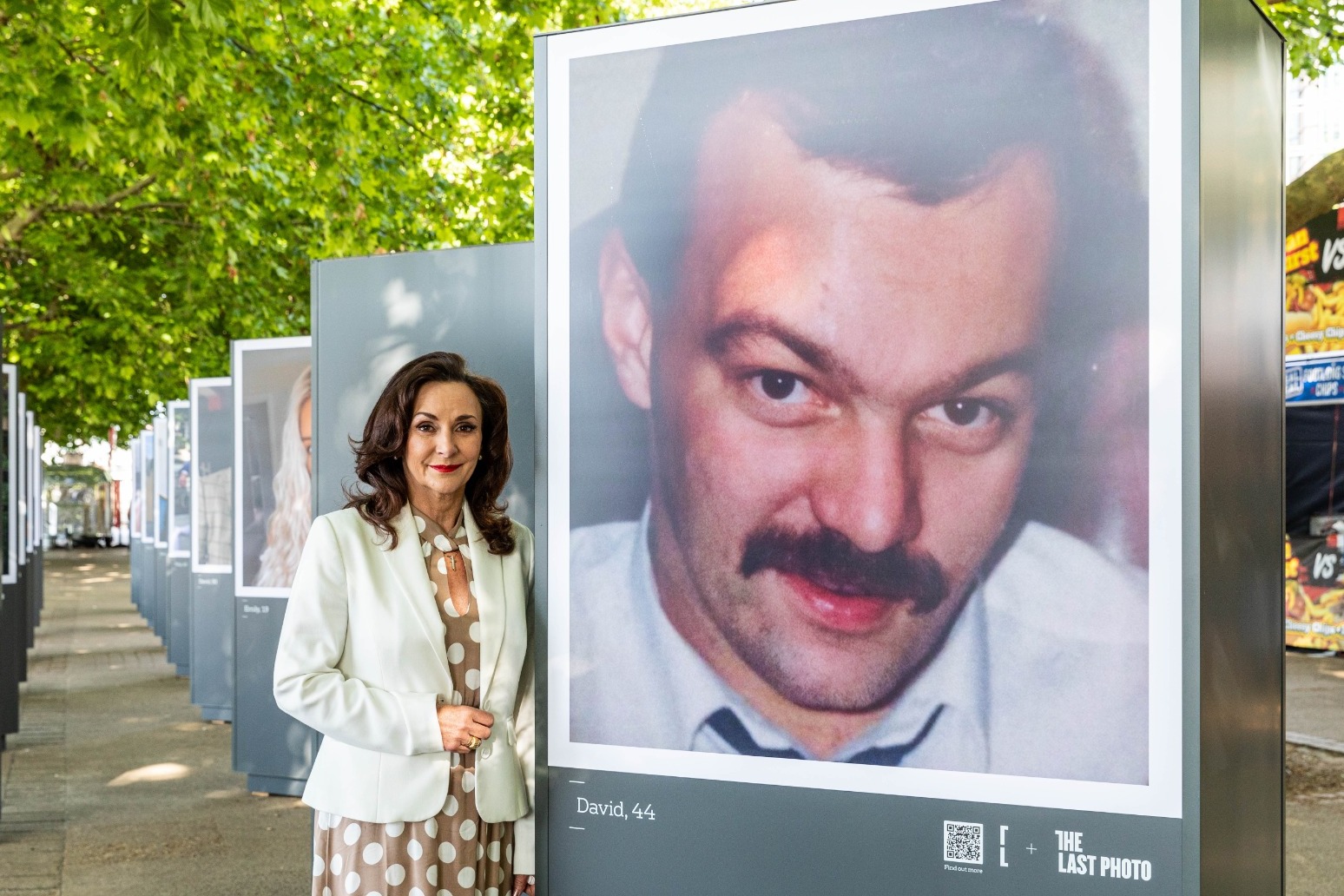 Strictly Come Dancing star Shirley Ballas has urged people to “be vigilant and ask more questions” of loved ones, after reflecting on the “preventable” suicide of her brother.

The entertainer said she failed to spot any signs that her older brother and “protector” David was suicidal before he took his own life in 2003 at the age of 44, despite speaking every day on the phone.

David’s picture is one of several featured in an interactive exhibition called The Last Photo, by the Campaign Against Living Miserably (Calm) on London’s Southbank, depicting the smiling faces of 50 people who died by suicide shortly after each photograph was taken.

Ballas, who is a Calm ambassador, said she hopes the hard-hitting campaign will break down the taboo of suicide and help educate people about the signs to look for in someone who is struggling – a campaign she believes would have saved the life of her brother.

She told the PA news agency: “Sometimes we can look at somebody with their bright, happy, smiley face, and they’re going about their business and doing their work.

“So you don’t think anything of it.

“And deep down inside they’re really dying, they really need to reach out.

“But just because somebody presents a front of this happy, smiley face, it doesn’t necessarily mean that that’s how they’re feeling.

Ballas said she had “never in a million years” thought that her older brother was suicidal, but acknowledges, reflecting regularly on their last weeks together, there were signs that he was unwell.

Speaking after walking through the exhibition, and wiping away tears after coming face to face with the picture of her brother among the smiling portraits, she said: “I would probably say there were signs.

“But, being totally uneducated myself, I didn’t pick those up as being that he would take his own life.

“But when I sit in the quiet in my private space and I go back over it and over it in my head, there were signs.

“I had grown up with a strong, stoic human being, and was totally uneducated (on suicide) myself, so I didn’t pick them up.”

She added: “I only wish that this kind of campaign would have been around 20 years ago.

“We have no crystal ball. But I really feel if I’d have had the education, if David would have gotten more help … I truly believe that he would be with us today.”

It comes as a YouGov poll found that 61% of respondents said they would struggle to tell if someone they knew felt suicidal, while 51% said they would not feel confident about helping someone at risk of suicide.

Calm chief executive Simon Gunning said: “We have seen again and again people’s shock when their loved ones take their own life – it’s often a bolt from the blue, it’s rarely something anyone predicted.

“We want people to come and be moved by the installation … to recognise when you look in their eyes that they are people just like us.

“We want people to feel empowered to have that conversation with loved ones, to use the word ‘suicide’ and confront it.”

Latest figures show there were 5,224 suicides registered in England and Wales in 2020, according to the Office for National Statistics (ONS).

The installation will be in place until the end of the week.