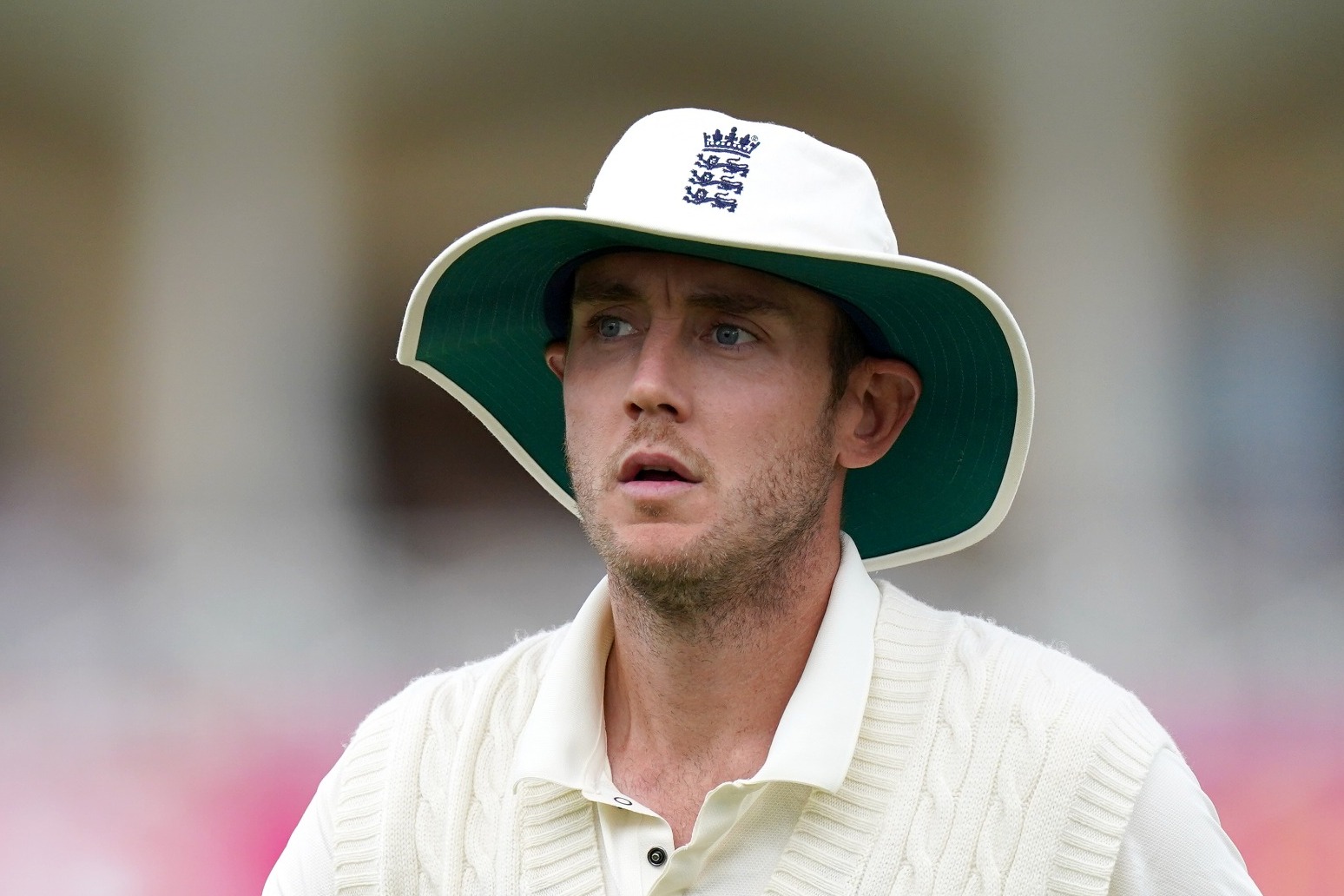 Stuart Broad admits he was disappointed by England’s decision to bench him for the Ashes opener in Brisbane, having prepared himself to lead the attack on one of the biggest occasions in cricket.

England sprung a selection surprise in the first Test, deciding record wicket-taker James Anderson should be rested and finding no place for Broad, who occupies second place on that list.

While their comprehensive nine-wicket defeat owed more to batting failures than the make-up of their bowling unit – they were skittled for 147 on day one, then collapsed again in their second innings – it remains a striking gamble.

The pair are likely to return to lead from the front in Thursday’s day/night second Test in Adelaide, but Broad says getting into the Australians from the first moment was always his plan.

Writing in the Mail on Sunday, he said: “Over the past 12 months, Jimmy Anderson and I tried to ensure we were as fit as could be in the current Covid climate, ready to go and available for all five Tests in Australia. I think we ticked that box.

“But England selection is not in the hands of players. Of course, in my mind I was 100 per cent preparing to play and that’s especially important given my role. As a new-ball bowler, you are faced with bowling one of the most high-pressured deliveries in world sport.

“The first ball of an Ashes series at The Gabba has become a very famous event. So, I got myself into a mindset where I was ready to go. I love Ashes cricket, love bowling at the Gabba and feel like I could’ve had a positive influence on a pitch like that.”

Broad gave a memorable television interview when he was omitted from the side for the first Test of the English summer in 2020, openly questioning the wisdom of the call and suggesting he would seek talks with then national selector Ed Smith.

There was no repeat this week, though.

“It would be wrong in this scenario to kick up a stink,” he explained.

“I’ve been left out on numerous occasions and sometimes it comes as a real surprise. This was less of a surprise, maybe because I wasn’t in the team for the previous series against India due to a calf injury. Never have five Test matches been as bunched up as this and it will be exhausting, so realistically I don’t think any seamer will play all five.”