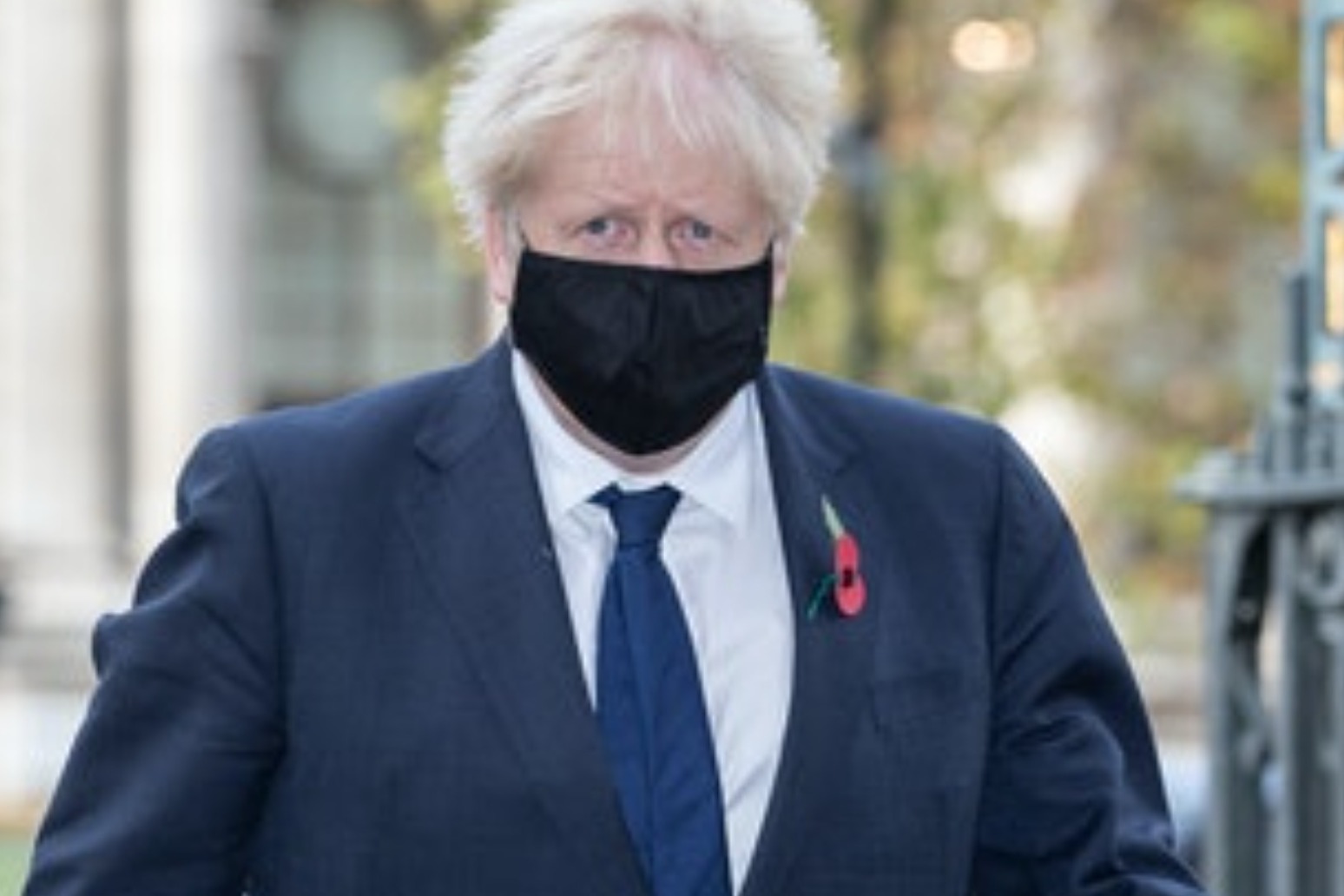 Boris Johnson has come under attack for calling devolution “a disaster north of the border” in comments seized upon by Scottish nationalists. SNP leader Nicola Sturgeon criticised the Prime Minister after he told Conservative MPs on Monday that devolution had been “Tony Blair’s biggest mistake”.

Douglas Ross, who leads the Conservatives in Scotland, insisted that “devolution has not been a disaster” in response to Mr Johnson’s remarks on Monday.

Downing Street sources did not deny Mr Johnson made the comments, which were first reported by the Sun, during a discussion with the Northern Research Group of backbenchers.

But they insisted “the PM has always supported devolution”, but “not when it’s used by separatists and nationalists to break up the UK”, with the context of his remarks unclear.

Mr Johnson called the MPs from Downing Street, where he is self-isolating after coming into contact with an MP who later tested positive for coronavirus, as he tries to “reset” his leadership after a turbulent year from coronavirus and in-fighting at No 10.

In response to the comments, which also included Mr Johnson saying he could not “see a case” for handing down more powers, Scotland’s First Minister suggested independence was the best answer for the devolved administration.

Ms Sturgeon tweeted: “Worth bookmarking these PM comments for the next time Tories say they’re not a threat to the powers of the Scottish Parliament – or, even more incredibly, that they support devolving more powers.

“The only way to protect & strengthen @ScotParl is with independence.”

Mr Ross countered the Prime Minister’s comments, which come just a few months before the Scottish Parliament elections next year.

The Moray MP, who plans to stand in the vote to become an MSP in May, said: “Devolution has not been a disaster.

“The SNP’s non-stop obsession with another referendum – above jobs, schools and everything else – has been a disaster.”

Only last month the UK’s three devolved administrations raised concerns over the Westminster Government’s UK Internal Market Bill, with the Scottish Government describing the legislation as a “power grab”.

The Prime Minister called the MPs who represent constituencies in northern England as he tries to unite the party after facing sustained criticism throughout the pandemic, and bitter in-fighting inside Downing Street culminated in the departure of his chief aide, Dominic Cummings.

Asked about the comments on devolution, No 10 sources did not deny he made them but attempted to clarify his position.

“The PM has always supported devolution but Tony Blair failed to foresee the rise of separatists in Scotland,” one source said.

“And leaving the EU means we must strengthen and protect the UK economy with the UK Internal Market Bill.

“Devolution is great – but not when it’s used by separatists and nationalists to break up the UK.”

“This confirms that Boris Johnson doesn’t believe in devolution and would put the future of the United Kingdom at risk,” the Labour MP said.

“His Government should have been working in partnership with the devolved governments during this crisis. Instead, people across the UK have been paying the price for his failings.”

The House of Lords Select Committee on the constitution warned the Bill could “destabilise” devolution, with peers suggesting ministers listen to the concerns and amend it – or scrap the relevant powers entirely.

Analysis of a study examining public opinion at the beginning of November also suggested the pursuit of Brexit is undermining support for Scotland remaining in the UK.

“The Tory Government is undertaking a full-scale assault on Scotland’s devolution settlement with its power-grab bill. The Prime Minister’s disdain only serves to underline the growing threat we face.

“Scottish Tory leader Douglas Ross might be furiously spinning tonight – but people in Scotland haven’t forgotten that he has repeatedly voted against new powers for the Scottish Parliament, rubber-stamped imposing an extreme Brexit against Scotland’s will, and voted for the UK Internal Market Bill.

“The fact is Westminster cannot be trusted to respect Scotland’s wishes.”