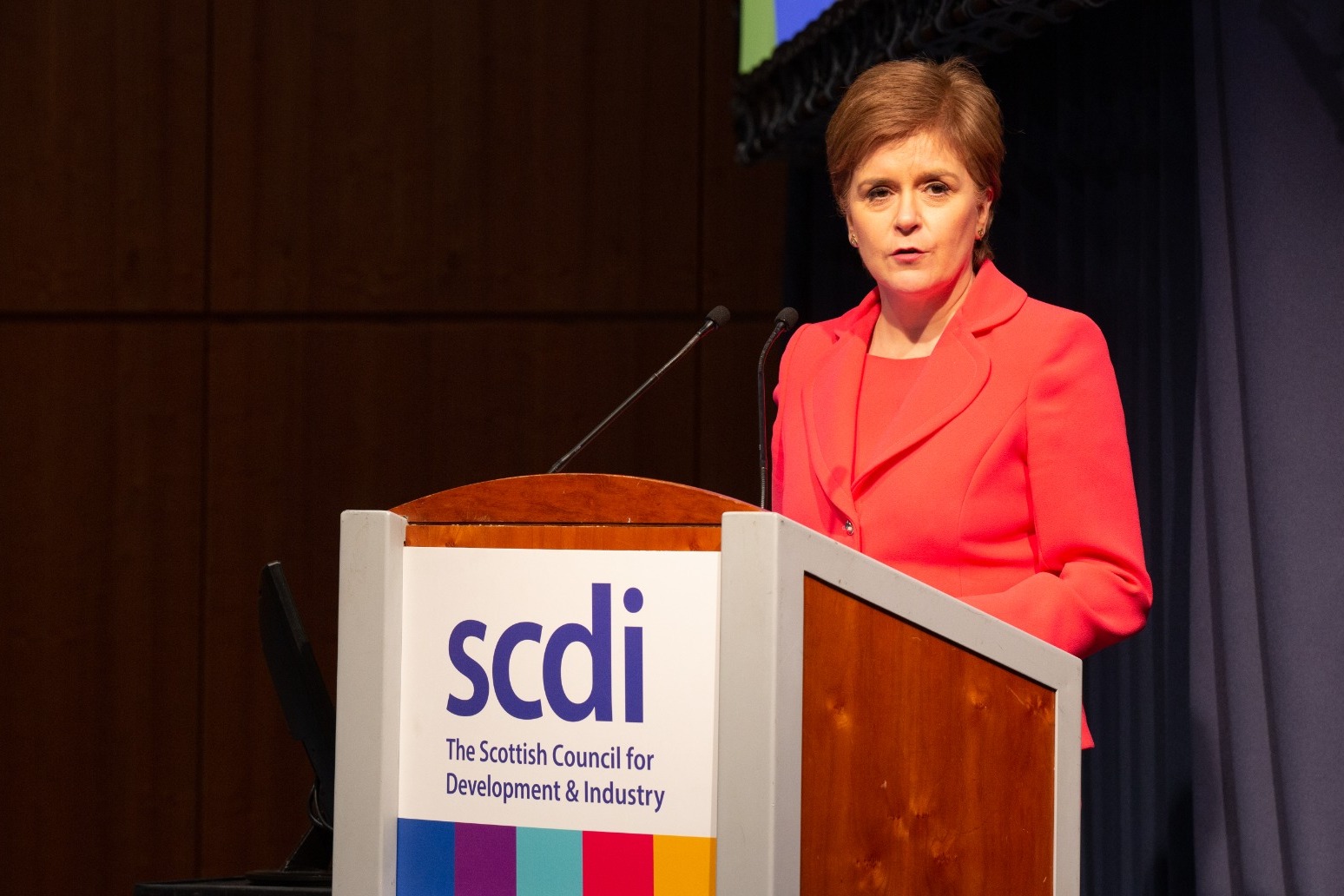 Scotland’s First Minister is to launch the first in a new series of papers that she says will form an “updated independence prospectus”.

Nicola Sturgeon is due to unveil the first of documents in the Scottish Government’s Building a New Scotland series at Bute House in Edinburgh on Tuesday.

And while she said the papers – seen as update of the independence white paper published in the run-up to the 2014 referendum – would “set out openly the challenges a newly independent Scotland would face”, she also stressed they would also “point the way” to a wealthier, fairer and more resilient nation.

The launch comes after Ms Sturgeon’s SNP won the 2021 Holyrood election on a manifesto which included a commitment to hold another referendum on Scotland’s place in the UK once the Covid crisis had abated.

The SNP did not win a majority of seats in the Scottish Parliament in that election, but voters having also returned a record number of Green MSPs created a pro-independence majority within Holyrood.

The SNP leader has repeatedly made clear she wants a referendum before the end of 2023 – despite fierce opposition from the UK Government to such a vote taking place.

And while she said “having the full powers of independence does not guarantee a better future” for Scotland it was “striking just how successful” countries that are similar to Scotland were in comparison with the UK.

Such nations, she said, “can help point the way to a new Scotland that is wealthier and fairer, more resilient and better placed to help people with issues such as the cost of living crisis than a UK Government committed to a hard Brexit whatever the cost”.

Speaking ahead of the launch of the first paper, the First Minister added: “The Building a New Scotland series will set out openly the challenges a newly independent Scotland would face, how they could be overcome as well as the opportunities that come with independence – as demonstrated by the success of comparable independent nations as well as our own resources and talents.”

Opposition MSPs however insisted the Scottish Government should be more focused on issues such as the cost of living crisis.

“The vast majority of Scottish people don’t want the distraction of another referendum next year. They want the government 100% focused on our recovery from the pandemic, the global cost-of-living crisis, supporting our NHS and protecting jobs.

“Yet Nicola Sturgeon is recklessly pressing ahead with her obsession anyway. This is nothing short of shameful when the country is facing so many momentous challenges.”

Mr Cameron insisted: “The distraction and disruption of another bitter referendum debate is the last thing Scotland needs right now.”

Labour constitution spokeswoman Sarah Boyack said that while people were “struggling to put food on the table during the worst cost of living crisis in a decade” the SNP and Greens were focusing on “their constitutional obsession”.

Ms Boyack hit out: “We should be working together to tackle the cost of living crisis now – but instead the SNP-Green government want to tear us apart.

“This is an appalling waste of time, energy and money when our public services are being cut to the bone.

“Far from making us wealthier, happier and fairer, the SNP and the Greens are putting our future at risk with plans that would make Brexit look like a walk in the park.”

Scottish Liberal Democrat leader Alex Cole-Hamilton was also critical of the SNP and Greens, claiming: “They care more about their independence obsession than everyone stuck on the longest NHS waiting lists in history, the cost of living crisis or the climate emergency. Nobody believes education is Nicola Sturgeon’s top priority any more.

“The SNP and Greens are taking people for granted. Let’s lay aside talk of an independence referendum and get to grips with what matters right now.”