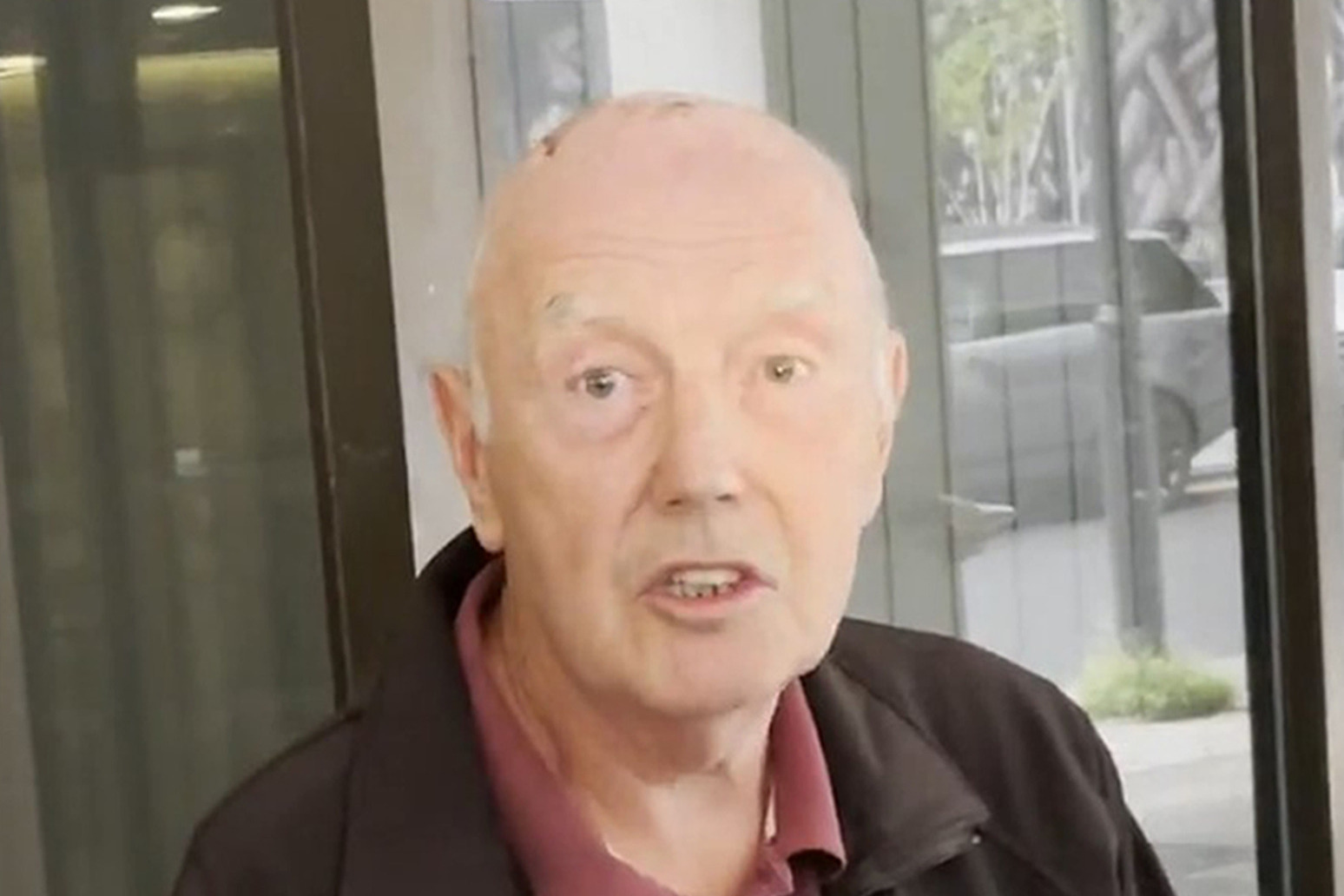 Graham Mansfield was convicted of the manslaughter of his wife, Dyanne

A pensioner handed a suspended jail sentence after he cut his terminally ill wife’s throat in a failed suicide pact says the law has to change.

Graham Mansfield, 73, walked free from court after a judge said he was entirely satisfied he acted “out of love” in taking the life of cancer-stricken Dyanne Mansfield, 71.

Months earlier Mrs Mansfield had asked the retired airport baggage handler to kill her when “things got bad” and he agreed but said he could not live without her.

On Thursday, a jury of 10 men and two women took 90 minutes to find Mansfield not guilty of murder but guilty of manslaughter.

Mansfield was sentenced to two years in jail, suspended for two years.

On the morning of March 24 last year, he was found lying in a pool of blood at the couple’s home in Hale, Greater Manchester, while the body of Mrs Mansfield was slumped in a chair at the bottom of the garden.

Police and paramedics attended the semi-detached property in Canterbury Road after Mansfield dialled 999 and told the operator he had killed his wife of 40 years at 9pm the previous day, before trying to kill himself.

Sentencing him, Mr Justice Goose told the defendant: “The circumstances of this case are a tragedy for you and are exceptional in the experiences of this court.

“You were under immense emotional pressure.

“I am entirely satisfied that you acted out of love for your wife.”

Outside court, an emotional Mansfield said his wife would be “fuming” that he has a criminal conviction.

He said: “The law needs to change. Nobody should have to go through what we went through.

“Unfortunately today my wife is not here. She shouldn’t have had to die in such barbaric circumstances, that’s what we had to do.

“As far as I’m concerned as soon as we can get some form of euthanasia with terminal illness, in our case, as a priority, the sooner that happens the better this country will be.

“Dyanne would be fuming now that I have got a conviction for doing something that she asked us to do. That I couldn’t live without her.

“She would be fuming, but at the end I have walked out of this building thinking… I was going into a cell and a prison van.

“I don’t want anybody to go through this. It’s a strain.”

His solicitor Rachel Fletcher, of law firm Slater Heelis, said: “I am pleased this ordeal is over for Graham. He should never have been charged and in the future he probably wouldn’t have been.

“The law in this country is brutal and needs to catch up with other countries throughout the world.”

His barrister Richard Orme said: “The complete waste of taxpayers’ money aside, it was not in the public interest to seek any conviction against this gentle and caring man. The sooner the law changes the better.”

“Without urgent reform we will certainly see more tragic cases like the Mansfields, but fortunately the clamour for change is louder than ever,” she said.

“An assisted dying law would include upfront safeguards to better protect people, and ensure anyone considering assisted dying was making a voluntary and fully informed decision, and receiving proper medical support.”

Mrs Mansfield had bled heavily from a 6.3in (16cm) “gaping incised wound” and her windpipe had been severed.

Three knives and a lump hammer were found near her body.

Also discovered nearby were two bricks on top of a plastic wallet containing a note written by the defendant for the police.

“We have decided to take our own lives,” it said, giving instructions on where to find his house keys and how to contact his sister, the court heard.

Another note written by Mansfield, addressed to his family, was found in an envelope in the house.

It read: “We are sorry to burden you with this but there is no other way. We made a pact that when it got too bad for Dyanne we would end it.

“I couldn’t bear to live without Dyanne and as the months progressed and as things got worse, it only reinforced our decision that the time has arrived. We hope you all understand.

“Don’t get too upset. We have had a wonderful and happy life together.”

Neither note was signed by Mrs Mansfield, the court heard.

Mansfield was arrested at the scene on suspicion of murder and later underwent surgery for wounds to his neck and wrists.

Police spoke to the couple’s family, friends and neighbours, who spoke favourably about the defendant and his “unswerving devotion” to his wife.

Some even expressed no surprise at the suggestion that he had killed her as part of a suicide pact, jurors heard.

Mansfield, who had been on bail, had denied murder. He also pleaded not guilty to an alternative count of manslaughter on the grounds that his actions were “undertaken through duress of circumstances”.

Summing up the case, the judge told the jury that if Mansfield was to be cleared of murder they would have to be satisfied on the balance of probabilities that there was a suicide pact and he made a genuine attempt to kill himself.

He added that they may think his intentions were motivated by compassion for his wife, who was in pain, but acting through duress of circumstances did not make it lawful, “however sympathetic you may feel about it”.

The judge said it was not the Crown’s case that there was no suicide pact but instead it was to ask the jury to consider all the evidence and ask whether it had been proved.