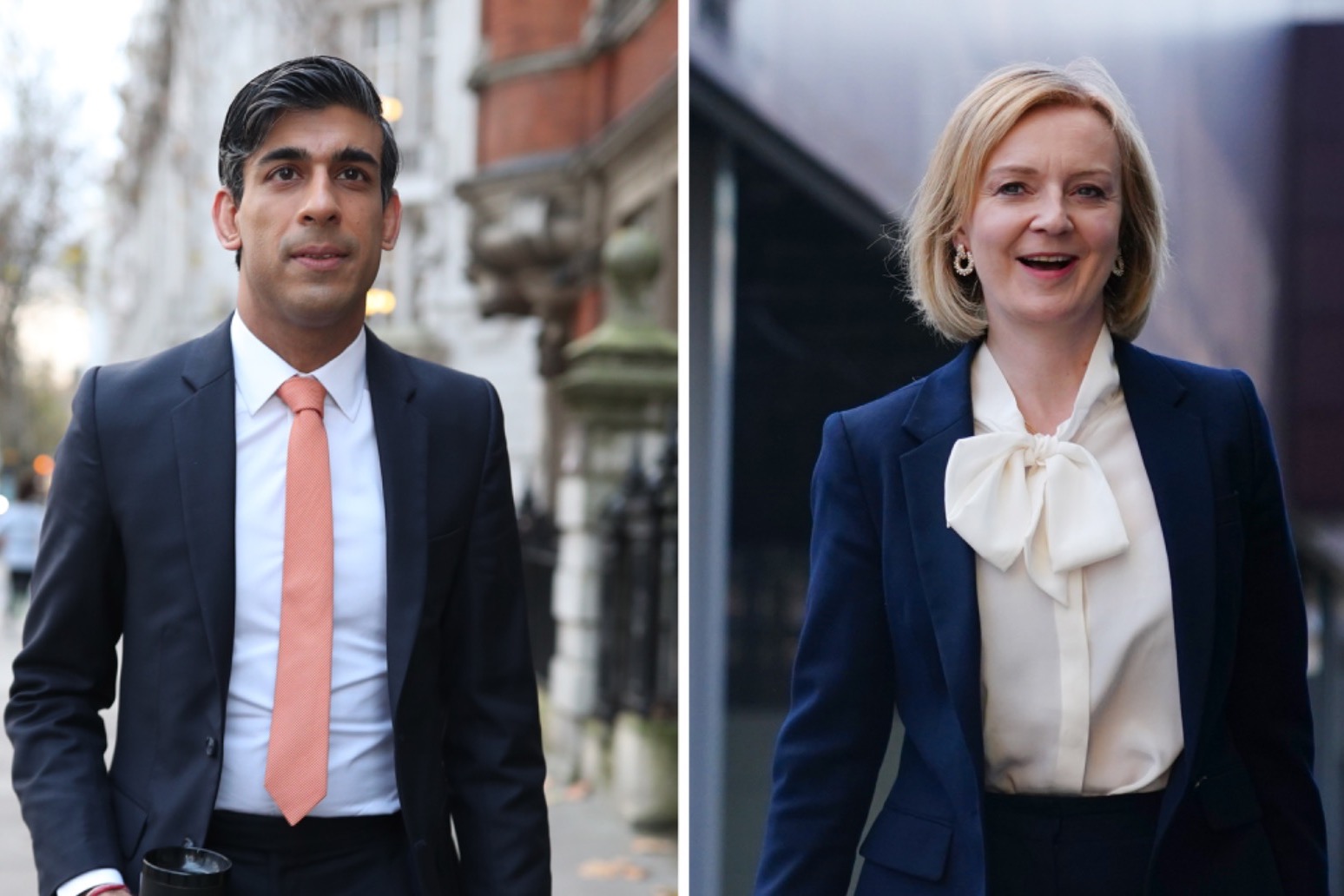 The UK will crack down further on illegal migration in the coming months regardless of who enters Downing Street, after both Liz Truss and Rishi Sunak pledged fresh measures to tighten British borders.

On a weekend in which the two rival camps traded blows over tax cuts and economic credibility, both the Foreign Secretary and the former chancellor appeared united on the need to toughen up UK policy on migrants as Ms Truss promised an expanded Border Force and Mr Sunak committed to an annual cap on the number of refugees.

The campaign so far had seen both candidates re-commit to the Government’s controversial Rwanda asylum scheme, over which Britain currently stands to lose the £120 million it has paid to Rwanda if the plan to deport migrants is ruled unlawful by the courts.

Both candidates defended the policy, despite officials from the east African nation’s government confirming this week it had received the entire initial payment for the agreement signed in April and that the funds are already “committed”, with some money spent on preparations for arrivals.

The first deportation flight was grounded in June after a series of legal challenges, and another attempt is yet to be scheduled.

Calling it the “right” policy, Ms Truss also indicated that the scheme could be extended further.

“I’m determined to see it through to full implementation, as well as exploring other countries that we can work on similar partnerships with. It’s the right thing to do,” she told the Mail on Sunday.

Mr Sunak made a similar pledge, with his campaign promising to do “whatever it takes” for the scheme to succeed.

Illegal migration has so far played a less significant role in the campaign, with inflation and the cost-of-living dominating the clashes between the candidates.

Saturday also saw Mr Sunak hit out at the “forces that be” backing his rival, as he called himself the “underdog” in the contest.

On the first weekend since Tory MPs whittled down the candidates to the final two, Mr Sunak travelled to Margaret Thatcher’s birthplace of Grantham in Lincolnshire where he stressed his “common sense” Thatcherite credentials and labelled the tax plans of Ms Truss “immoral”.

His concerns were backed up by Tory grandees Chris Patten, Norman Lamont and Malcolm Rifkind, who told The Observer that Mrs Thatcher would not have approved of cutting taxes to curb inflation.

Mr Patten told the newspaper: “Margaret Thatcher was a fiscal Conservative who did not cut tax until we had reduced inflation. She was honest and did not believe in nonsense.”

But Ms Truss, during a visit to party members in Kent, once again defended her plans for potentially £30 billion of tax cuts, saying: “I think it is wrong to be taking money from people that we don’t need to take, when people across the country are struggling with the cost-of-living crisis.”

The Foreign Secretary will hope to win backing for her proposals on illegal migration, as she told the Mail on Sunday that “Britain’s borders will be protected” under her leadership.

According to the paper, she would increase Border Force staff levels from 9,000 to 10,800 and would also bring forward a strengthened UK Bill of Rights to provide a “sound legal basis” to tackle illegal migration.

“I make sure things get done, and I will be working with my colleagues to deliver this as an absolute priority.

“I understand it’s a priority for people and we need to make sure our immigration system is fair, and this illegal immigration that we’re seeing across the Channel is both unfair and incredibly dangerous, and it is one of my priorities to make sure it is sorted.

“I know from my work as Foreign Secretary that there are more countries who we want to work with and we will be moving forward on those efforts very strongly under my leadership.”

On illegal immigration, Mr Sunak offers voters a 10-point plan that will include a commitment to a narrower definition of who qualifies for asylum compared to that offered by the European Convention on Human Rights, with enhanced powers to detain, tag and monitor illegal migrants.

Mr Sunak also promises to give Parliament control over who comes to the UK by creating an annual cap on the number of refugees accepted each year, albeit one that can be changed in the case of sudden emergencies.

“Our immigration system is broken and we have to be honest about that. Whether you believe that migration should be high or low, we can all agree that it should be legal and controlled,” Mr Sunak said.

“Right now the system is chaotic, with law-abiding citizens seeing boats full of illegal immigrants coming from the safe country of France with our sailors and coastguards seemingly powerless to stop them.

“It must stop, and if I am prime minister I will stop it.”

Top on his agenda as the next prime minister, according to Mr Sunak, will be a meeting with French president Emmanuel Macron to find a solution to small boat crossings, which he also suggests should be tackled with a new cross-Government taskforce.

Writing in the Sunday Telegraph, Mr Sunak says: “The ECHR cannot inhibit our ability to properly control our borders and we shouldn’t let it. We need to inject a healthy dose of common sense into the system, and that is what my plan does.”

She said: “The Conservatives have been in power for 12 years. It beggars belief that they claim to be the ones to sort things out when they have both failed for so long.”

It comes as new polling by Opinium suggests that voters are largely split between Ms Truss and Mr Sunak, with 43% believing that Mr Sunak would be a good prime minister compared to 36% for the Foreign Secretary.

Both candidates still have time to make an impression on the public, with the pair set to face off in a televised BBC debate on Monday, followed by another debate on Tuesday hosted by The Sun and TalkTV.

Mr Sunak and Ms Truss have also signed up for a Sky debate on August 4.