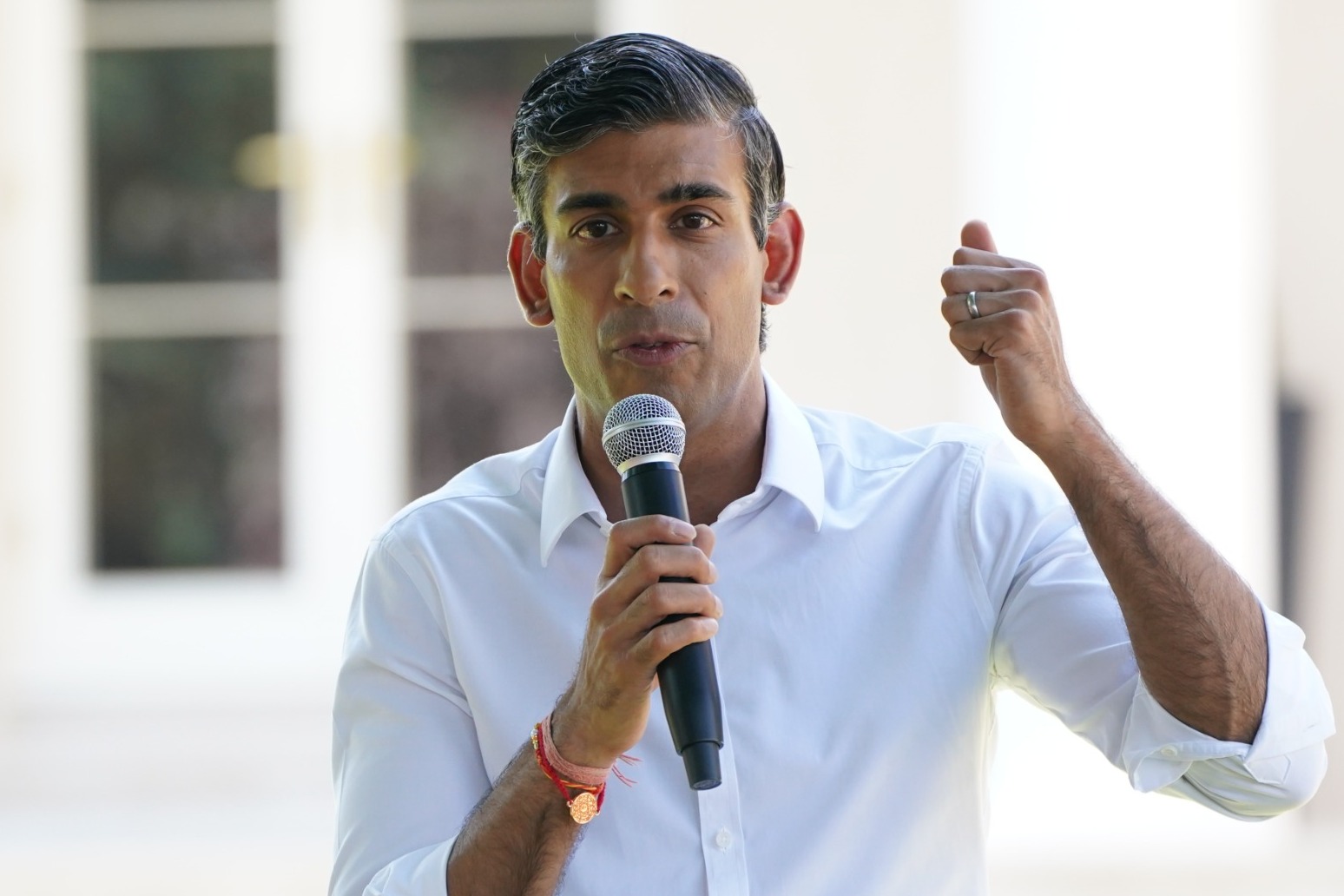 Plans by Tory leadership candidate Rishi Sunak to compel Scotland’s top civil servant to appear before a Westminster committee annually have been likened to “sinister show trials” by the SNP.

Mr Sunak, who trails rival Liz Truss in the polls, said the Permanent Secretary would appear before the Public Affairs and Constitutional Affairs Committee at Westminster every year, in the same way that his UK Government counterpart does under his proposals to increase scrutiny of the Scottish Government.

The announcement came ahead of the only hustings to be held north of the border in the race for No 10 on Tuesday, as the candidates appear in Perth.

Ms Truss also unveiled her plans for Scotland in the run-up to the event, as she vowed to give MSPs parliamentary privilege, which would protect them from legal ramifications based on things said while in Parliament.

But the candidates have been accused of mounting “attacks” on devolution by SNP Westminster leader Ian Blackford.

“As for Sunak and Truss’s bids to outdo each other on trying to mount further attacks on devolution, it just shows how out of touch they are,” he said.

“Their plans to demand Scottish civil servants are forced to be grilled by Westminster committees amount to little more than sinister show trials, but also speaks volumes about their lack of confidence in Tory MSPs to do the job of scrutinising Government.

“People across Scotland have had more than enough of this Tory Government – and the only way to escape Westminster chaos and corruption is with independence.

“The evidence is clear – independent countries comparable to Scotland are happier, healthier and wealthier than the UK.

“During the cost of living crisis, many neighbouring countries have capped energy price increases, cut VAT on bills and offered meaningful financial support to the most vulnerable, the UK Tory Government has sat on its hands – and both Rishi Sunak and Liz Truss have said nothing.

“Whoever wins this leadership contest, Scotland loses. That’s why we need the full powers of independence to banish Westminster Governments Scotland doesn’t vote for and to deliver for the people who live here.”

Scottish Labour leader Jackie Baillie said, regardless of who wins the contest, “we are going to be stuck with more of the same”.

“Bills are soaring and people are terrified of what lies ahead this winter – but Truss and Sunak don’t seem interested,” she said.

“While they are busy fighting among themselves and throwing red meat to their supporters, Labour are leading the way with plans to stop the price hikes and tackle this national emergency.”