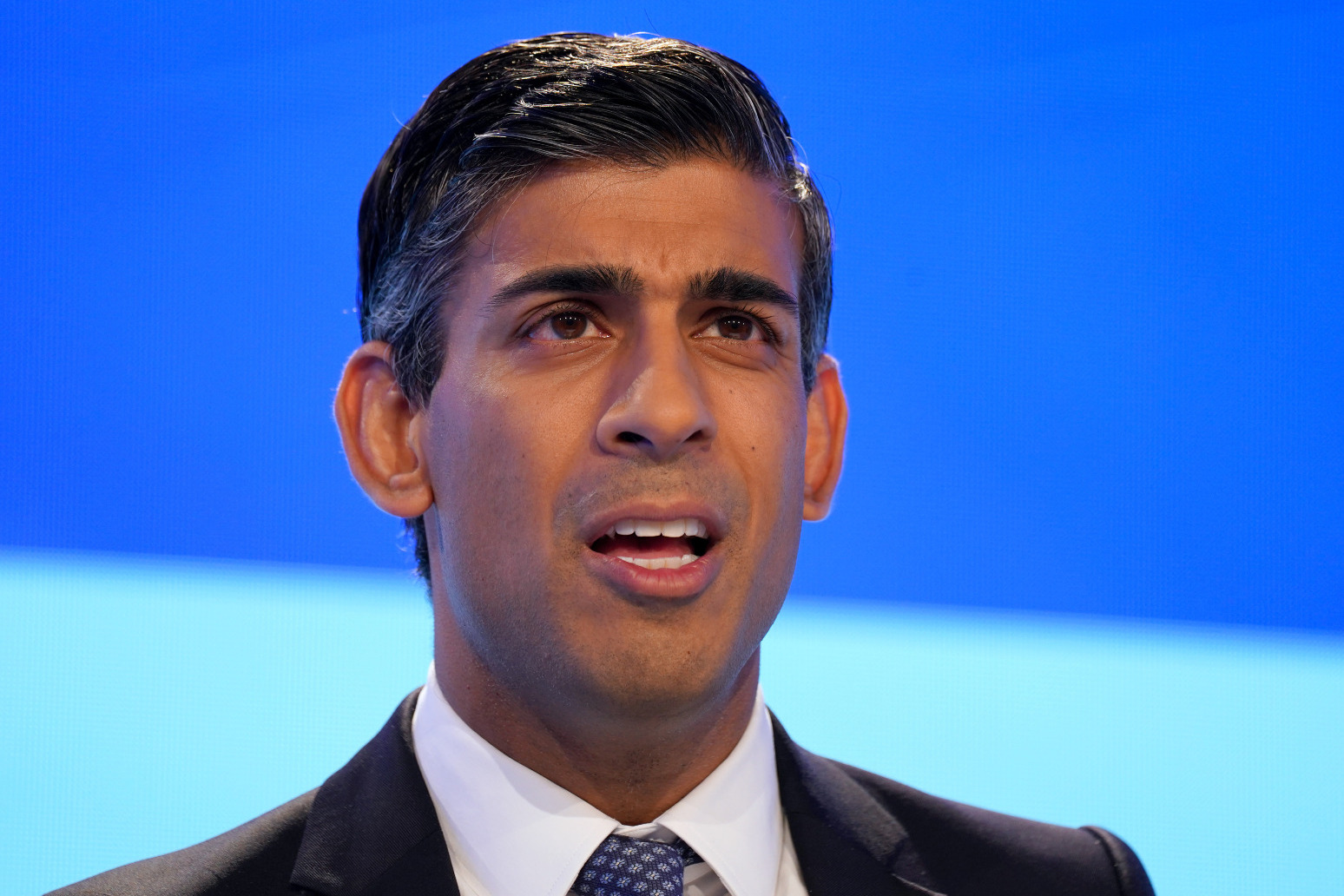 The Prime Minister addressed an audience in Stratford in East London

Rishi Sunak has pledged to halve inflation and bring down NHS waiting lists, as he set out a fresh vision for his premiership with five promises to voters.

In his first major speech of 2023, the Prime Minister promised to deliver “peace of mind” to the public, even as his Government grapples with an NHS under severe pressure and the ongoing disruption of strike action.

Mr Sunak also said the Government would pass new laws to stop small boats making illegal Channel crossings, an issue he has repeatedly called one of his top priorities as Prime Minister.

“I want to make five promises to you today. Five pledges to deliver peace of mind. Five foundations, on which to build a better future for our children and grandchildren,” Mr Sunak told an audience in Stratford, east London.

“First, we will halve inflation this year to ease the cost of living and give people financial security.

“Second, we will grow the economy, creating better-paid jobs and opportunity right across the country.

“Third, we will make sure our national debt is falling so that we can secure the future of public services.”

And amid warnings from senior doctors that the NHS is on a knife edge, the Prime Minister said that “NHS waiting lists will fall and people will get the care they need more quickly”.

The Government has blamed high numbers of flu cases, Covid-19 and Strep A fears for the particular pressures the NHS faced over Christmas, even as health leaders have warned that the problems are longstanding and cannot solely be pinned on the pandemic.

Mr Sunak, whose Government has promised legislation in the new year to tackle illegal Channel crossings, said: “We will pass new laws to stop small boats, making sure that if you come to this country illegally, you are detained and swiftly removed.

“So, five promises. We will: Halve inflation, grow the economy, reduce debt, cut waiting lists, and stop the boats.”

He also used the speech to highlight a new mission to combat high rates of innumeracy in England, in a move that received a cautious welcome from education experts on Wednesday.

Mr Sunak enters the new year with the next general election, due to take place before January 2025, on the horizon.

After months of turmoil in the Conservative Party, Mr Sunak came to office promising to deliver stability.

But his party is still lagging behind Sir Keir Starmer’s Labour Party in the polls, as inflation continues to hit households and concerns about the challenges in the NHS grow.

Mr Sunak said that his promises reflected “the people’s priorities”.

“They are your government’s priorities. And we will either have achieved them or not,” he said.

“No tricks… no ambiguity… We’re either delivering for you or we’re not.

“We will rebuild trust in politics through action, or not at all. So, I ask you to judge us on the effort we put in and the results we achieve.”