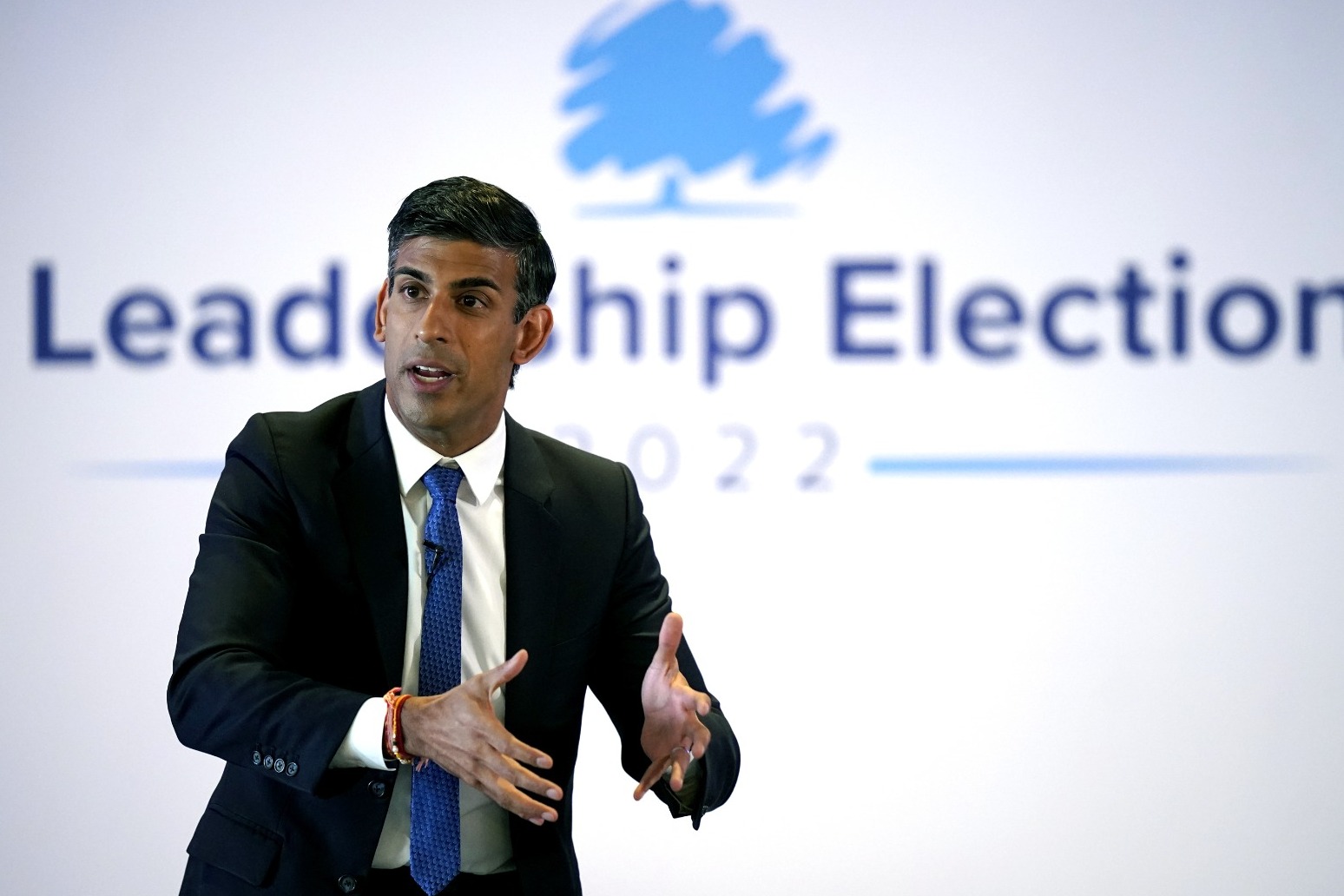 Rishi Sunak has insisted he still has a “shot” at being the next prime minister despite polls consistently putting Liz Truss as clear favourite to win the Tory leadership contest.

The former chancellor said he “definitely” has a chance of victory, while warning his rival’s tax-cutting plans could fan the flames of inflation.

The latest YouGov poll of party members had 66% backing Ms Truss to 34% supporting Mr Sunak, when the undecided and non-voters were excluded.

The polling of 1,089 people for Sky News between Friday and Wednesday was further evidence that the Foreign Secretary is the race’s clear frontrunner.

But asked on ITV’s This Morning if he still has a chance of victory, Mr Sunak said: “Yes, definitely.”

He insisted he has a “shot of being prime minister”, adding: “I’m really excited to keep going, I think my ideas are the right ones.”

Mr Sunak claimed Labour’s proposal to freeze energy costs, partly to be paid for by a new windfall tax on oil and gas giants’ soaring profits, would be a “very blunt instrument”.

He argued it would provide “a lot of support for people who don’t need it”, but his warning that borrowing during high inflation would be “really risky” appeared to be an attack on Ms Truss.

“If the Government embarks on a spree of just borrowing tens and tens and tens of billions of pounds, that means inflation could get worse,” Mr Sunak said.

“It’s like putting fuel on the fire and that’s the mistake we made in the 70s, I don’t want to repeat that mistake and I’d be really worried about plans that suggest that’s the right thing to do.”

Economists at the Institute for Fiscal Studies (IFS) warned that permanent tax cuts, which Ms Truss has gone further in pledging than Mr Sunak, could “exacerbate” pressures on public spending.

They cast doubt on the “plausibility” of the promises without spending cuts after inflation soared to 10.1%, setting a new 40-year high.

Mr Sunak, however, said he can “guarantee” all his pledges are deliverable, as he took a swipe at unrealistic promises.

“It should be about under-promising and over-delivering, that’s how you restore trust in government and politics,” he said. “We’ve probably not had enough of that.

“That’s why in this leadership race I’ve not been making lots of easy promises that I think are false, I’d rather lose than say things I don’t think can be delivered, I’d rather be honest with people.”

The IFS predicts that high inflation and interest rates will push up public spending, including on benefits and pensions.

Combined with weak economic growth, this is likely to offset the effect of any expected increased tax intake.

IFS director Paul Johnson said: “Now is not time for big tax cuts, which could themselves make inflation worse.”