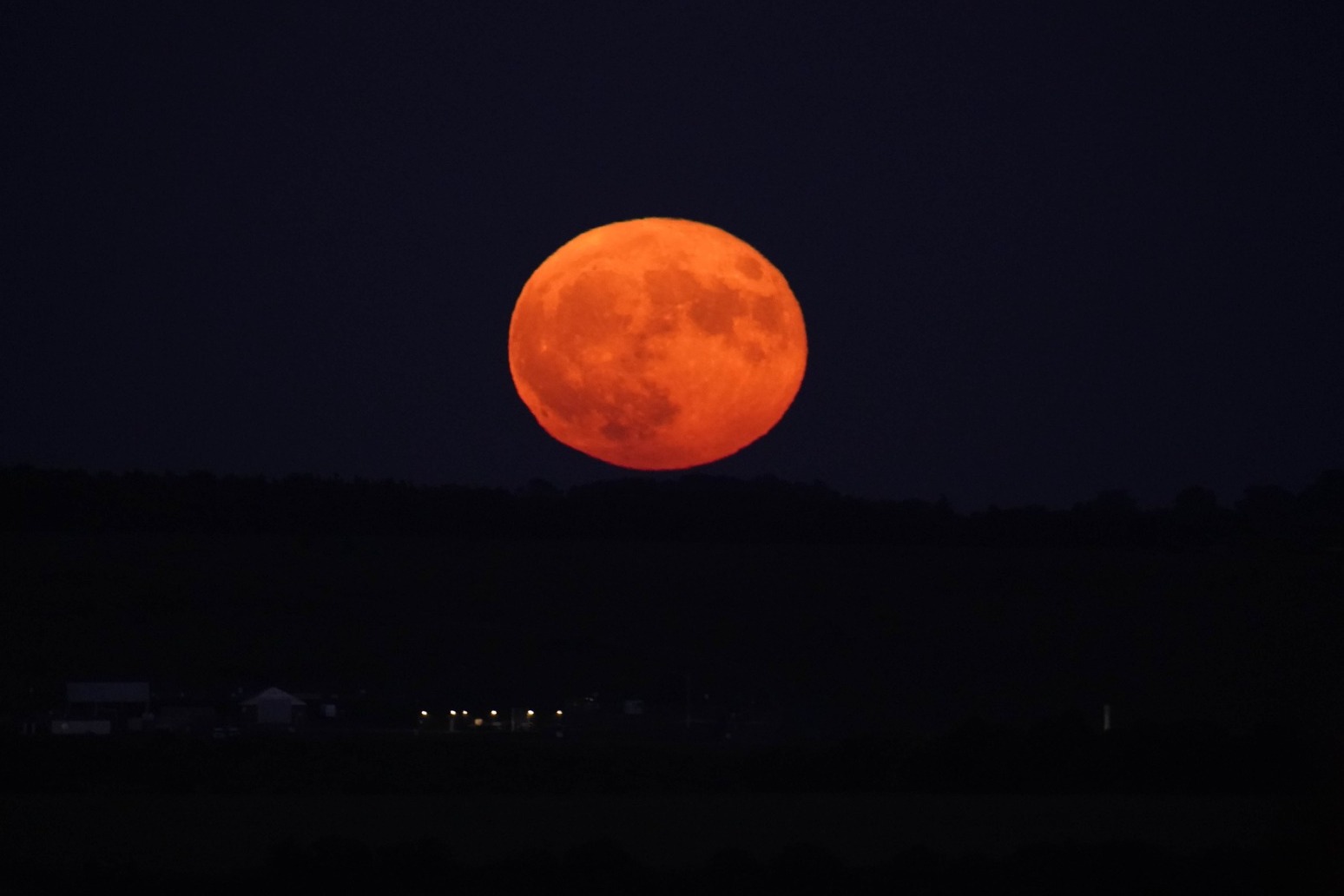 From Frankfurt and New York to Istanbul and Beijing, skygazers could enjoy a beautiful supermoon rise over the horizon in an impressive astronomic spectacle.

The full moon appeared bigger than normal and sometimes slightly orange as it lit skies around the globe.

It reached its full stage on Tuesday during a phenomenon known as a supermoon because of its proximity to Earth.

It is also referred to as the Strawberry Moon because it is the full moon at strawberry harvest time.

In Frankfurt, it rose behind the German city’s banking district’s skyline, while in Beijing the forbidden city’s roof decorations depicting sacred beasts were silhouetted in sharp black by the moon.

The moon also illuminated New York City’s Statue of Liberty and shone on the pillars of the ancient temple of Poseidon at Cape Sounion south of Athens, Greece.