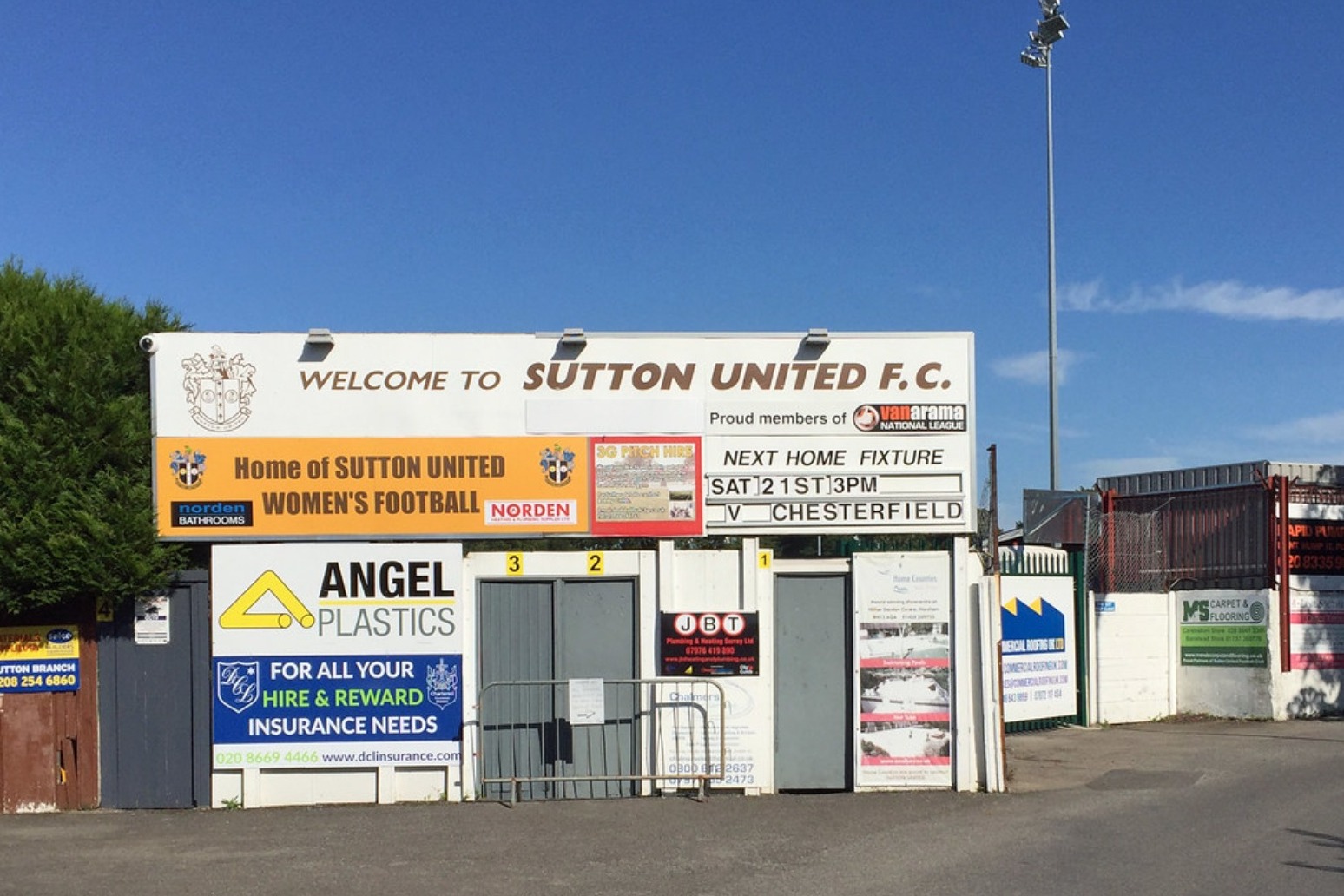 Sutton thumped Hartlepool 3-0 to claim the National League title and promotion to the Football League for the first time in 123 years.

Rob Milsom, Louis John and Isaac Olaofe sent Sutton into League Two with a commanding victory over their promotion rivals.

Full-back Milsom saw his low free-kick spilled into the net by Middlesbrough loan goalkeeper Brad James, while defender John bagged his third goal in as many games.

And at the death Milwall loan striker Olaofe slotted his fourth goal in successive matches, to take his tally for the campaign to 14.

Sutton pulled off one of the FA Cup’s greatest giant killings by defeating 1987 winners Coventry 2-1 in the third round in 1989.

But the Gander Green Lane club have surely now topped that feat, having won promotion to League Two.

Salford loan striker Luke Armstrong thought he had scrambled a second-half equaliser for Hartlepool, only for the effort to be chalked off for handball.

Sutton kept pressing for full control however, and were rewarded when John’s low effort was deflected into the net.

And with Hartlepool desperately chasing a route back into the contest at the death, Olaofe strode onto the ball and delivered the killer-blow third goal.