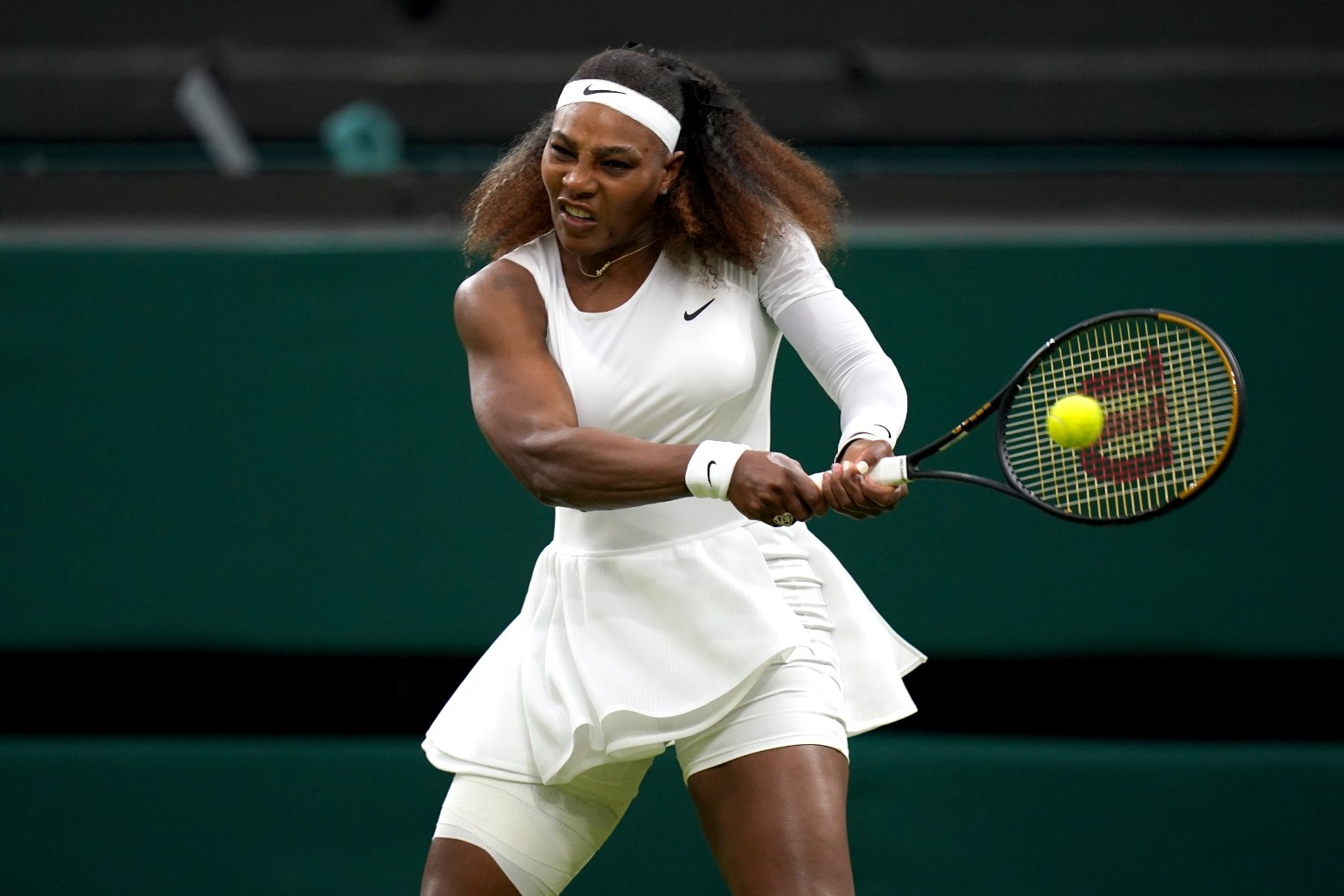 Serena Williams is set for a surprise return to Wimbledon a year after her last match.

The 23-time grand slam singles champion made a tearful exit in the first round 12 months ago after retiring during the first set against Aliaksandra Sasnovich due to a leg injury and doubts had been growing about whether she would return to the sport.

Intriguingly, the 40-year-old also tagged Eastbourne in her post, indicating she could potentially play in next week’s Rothesay International Eastbourne.

It is unclear whether Williams, now ranked a lowly 1208, is intending to play singles or doubles, which is less demanding physically.

She could have entered using a protected ranking reserved for players who have been sidelined through a long-term injury but did not do so and will therefore need a wild card.

The initial batch of wild cards for singles and doubles were due to be announced on Wednesday but that has now been brought forward to Tuesday afternoon.

Tennis has been conspicuous by its absence in most of Williams’ Instagram posts over the last year, with the focus on her business ventures and life as a mother to four-year-old daughter Olympia.

Suspicions that she had effectively retired grew when her long-time coach Patrick Mouratoglou revealed in April that he had taken on a new role with Simona Halep.

She has twice reached the final since returning from maternity leave in 2018, losing to Angelique Kerber that summer and Halep the following year