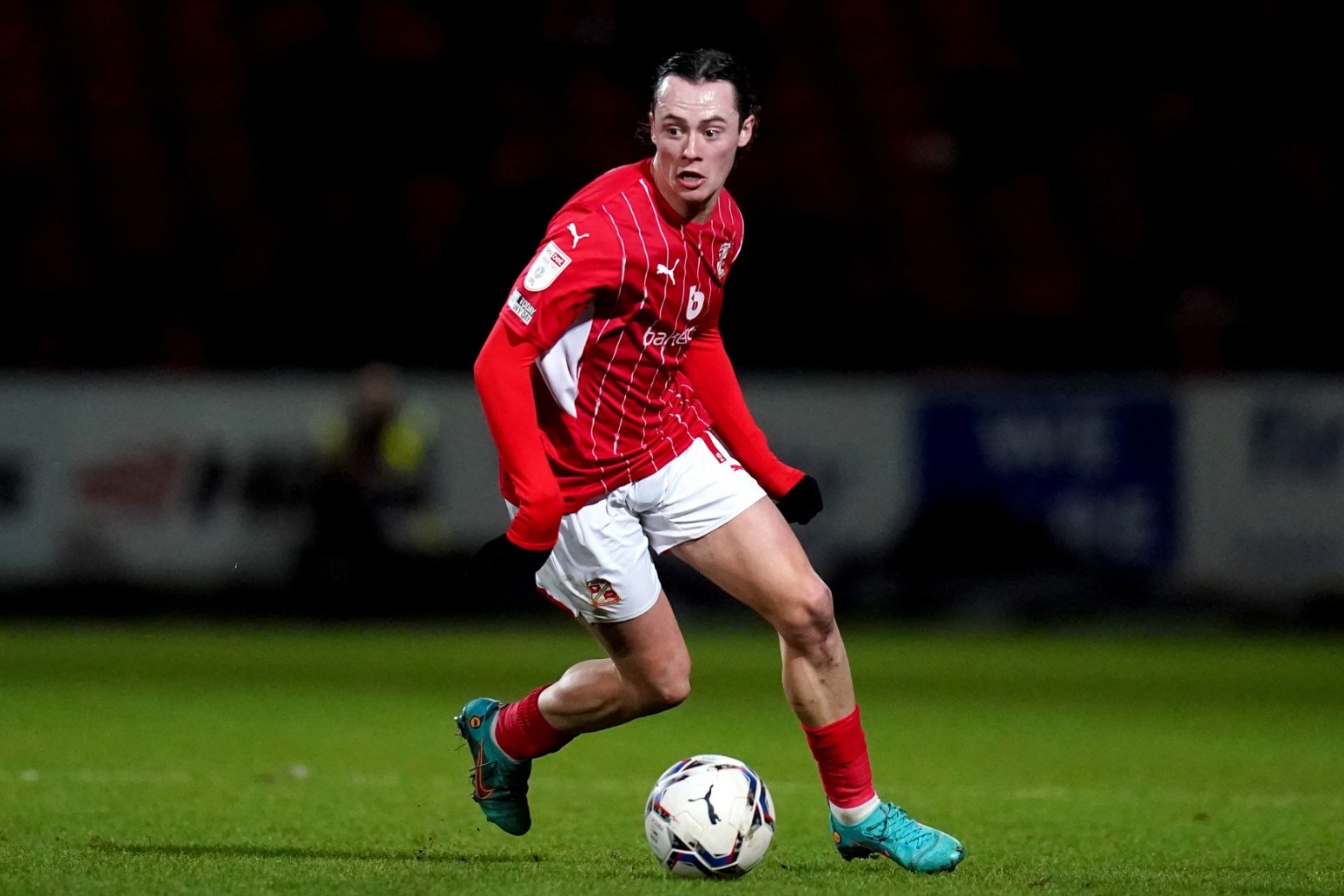 Swindon Town are searching for a six-year-old fan who said he could not afford to attend matches but sent 26p to the club’s star player.

The fan, named Joe, wrote to the club saying he could not attend games because his mum “has no money for food”.

But he taped a 20p, 5p and 1p coin to the scrap of paper, which he asked to be given to forward Harry McKirdy, who hit the headlines last month when he scored against Premier League champions Manchester City.

The letter read: “Mummy doesnt have any money to come to Swindon games because she has no money for food and has to pay for my dinner at schol.

“I will come one day.

He attached the change to the letter with the note “for Harry”.

Swindon are now enlisting the help of their supporters to try to identify who wrote the letter, which arrived with no postage paid.

The club wrote in a tweet: “We have received this letter from Town fan Joe, aged 6 and a half.

“We’d really love to get in touch with Joe, but we don’t have a return address.

“If anyone recognises the writing or thinks they know who Joe is, please email supporters@swindontownfc.co.uk”

McKirdy was recently named the PFA player of the month for League Two after netting six goals in the competition in January, including four against Northampton on New Year’s Day.

He also scored the Robins’ consolation goal in their 4-1 loss to Manchester City in the third round of the FA Cup.