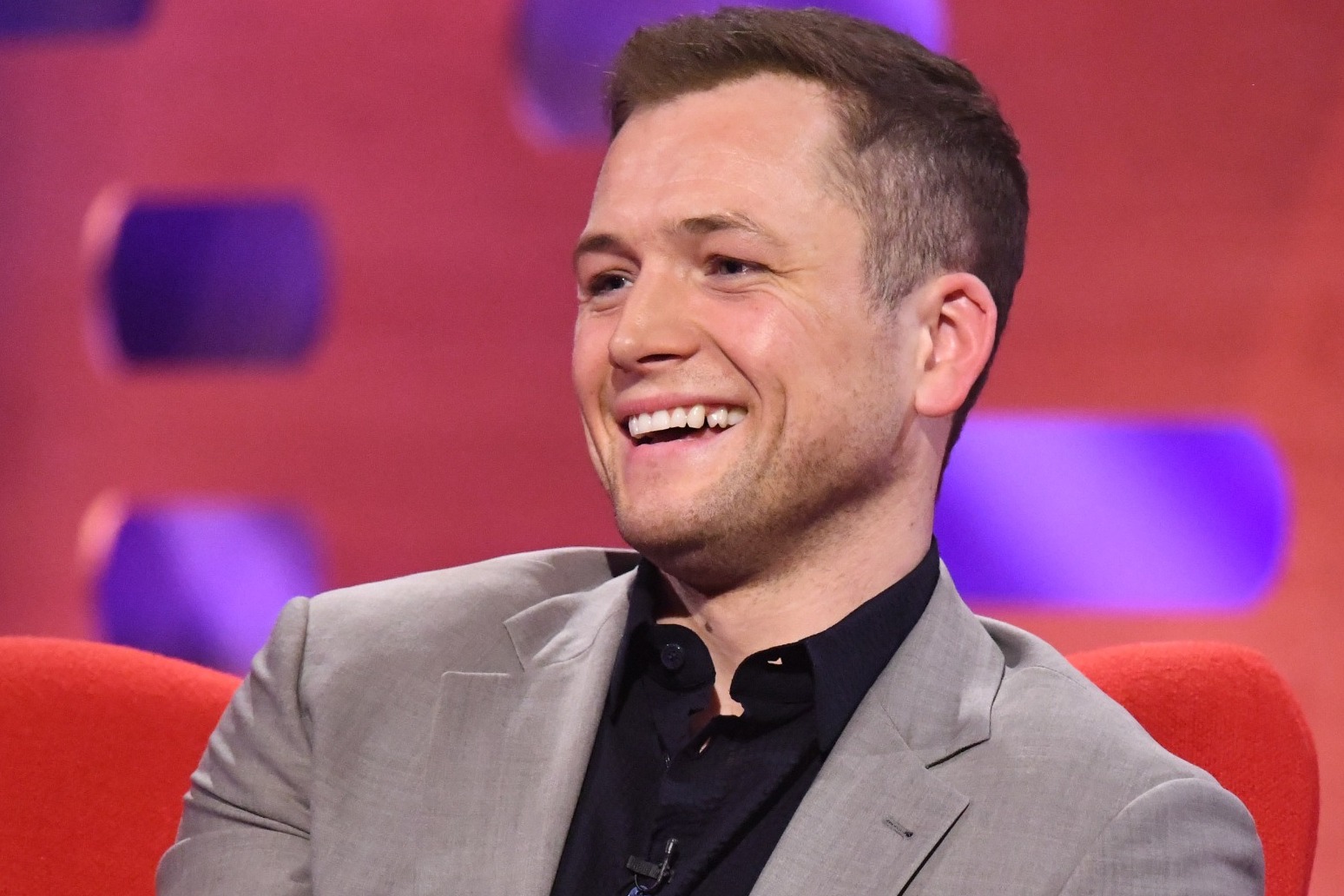 Taron Egerton has reassured fans he is “completely fine” after fainting during the first night of his new West End play.

The Rocketman star, 32, is starring alongside Jonathan Bailey in a revival of Mike Bartlett’s 2009 play Cock at London’s Ambassadors Theatre.

During Saturday night’s first preview, he fainted on stage and was attended to by a doctor in the audience.

His understudy Joel Harper-Jackson stepped in and the cast were able to finish the play.

Egerton released a statement via Instagram promising to return to the show on Monday night.

He said: “As some of you may have heard, I passed out during the first performance of Cock last night.

“I am completely fine. Slightly sore neck and a bruised ego but I’m fine.

“I’ve decided to put a positive spin on it and I would appreciate it if anyone who was in the theatre last night just said that I gave such a committed, electrifying performance that my body couldn’t handle it and checked out.

“That being said, apparently you’re meant to actually do the full show and not just three quarters of it. So I’ll be back with a vengeance tomorrow night.”

He also praised Harper-Jackson as “an amazing actor and a lovely person”, adding: “Thank you Joel.”

On Sunday afternoon, Harper-Jackson wrote on Twitter that taking Egerton’s place on stage had been “an absolute privilege”.

He added: “Taron is a true gentleman, has been so supportive & most importantly he’s okay & will be back on Monday.

“The team at @cocktheplayldn have been so supportive & I feel extraordinarily lucky to have experienced that moment. I’ll never forget it.”

A statement from the production said: “During yesterday evening’s first preview of Mike Bartlett’s play Cock at the Ambassadors Theatre, Taron Egerton fainted towards the end of the performance.

“A doctor who was in the audience attended to Taron immediately after the incident, and whilst he felt fine, it was decided that Taron’s understudy, Joel Harper-Jackson would continue in the role to complete the performance.”