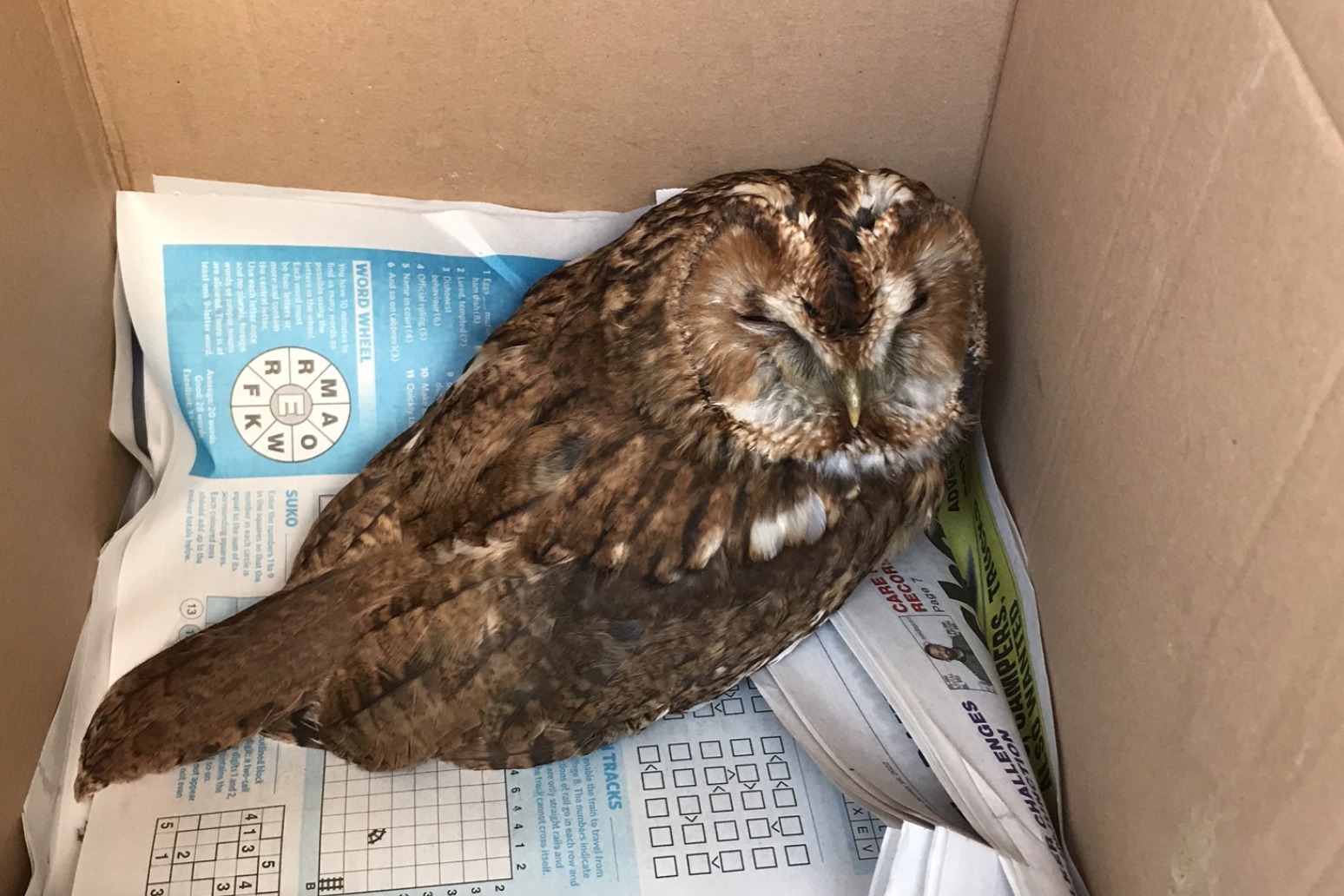 A tawny owl “will live to fly another night” after it had to be cut free from netting on a garden pond.

The owl has recovered after it became tangled in Sydenham, south-east London, prompting a call for homeowners to look for wildlife-friendly alternatives – replacing pond netting with a solid metal mesh.

The Royal Society for the Prevention of Cruelty to Animals (RSPCA) shared footage of the bird being pulled from the water by animal rescue officer Mat Hawkins on Tuesday.

“I suspect he swooped in to catch a mouse that was scurrying near the pond the night before but got his leg in the netting and ended up in the water where he struggled and got further tangled,” Mr Hawkins said.

“I pulled on my waders and got into the pond but I was worried about him drowning in the struggle, so I used my net to scoop him from underneath, give him some support, and prevent him from dropping below the surface.

“He’d obviously been struggling to escape for some time as the poor thing was completely exhausted and barely moved while I set about cutting him free from the netting.”

Mr Hawkins took the owl to South Essex Wildlife Hospital, where experts confirmed it had not sustained any injuries.

He returned to the garden on Thursday night to release the owl back into the wild.

“Thankfully, this stunning owl will live to fly another night – and I hope he stays away from any further netting in the future,” Mr Hawkins added.

“It’s great that these homeowners checked their pond netting and were able to call us for help in good time, otherwise this owl could have become even more exhausted, dehydrated and poorly.

“I’d like to remind gardeners that all kinds of garden netting, including pond or fruit netting, can be a real hazard to wild animals and the RSPCA recommends replacing them with solid metal mesh.”

The RSPCA also recommended ensuring ponds have steps, ramps or sloped edges to allow wild animals such as hedgehogs to escape.

It also encouraged those finding an animal in pond netting not to attempt to free it themselves, as they can have serious injuries which require veterinary treatment.