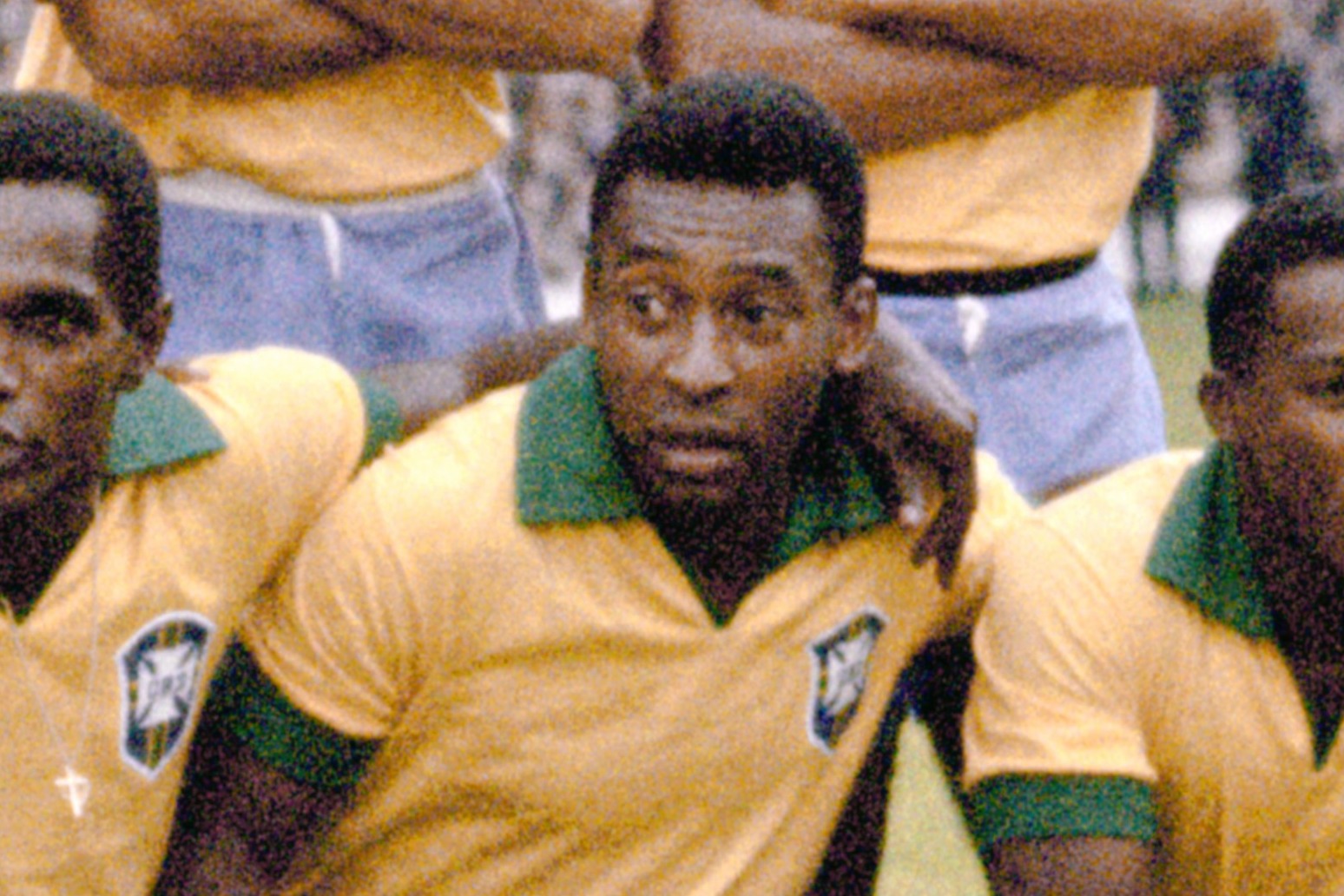 England World Cup winners Sir Bobby Charlton and Sir Geoff Hurst joined the tributes as the football world paid respects to Pele following the death of the Brazil great at the age of 82.

Pele, who won the World Cup three times, died on Thursday having been in hospital in Sao Paulo since late November.

Tributes poured in from across the world for the player widely regarded as the best to have graced the game and who transcended sport.

Hurst – who scored a hat-trick in the 1966 final victory over West Germany at Wembley – and former Manchester United midfielder Charlton both played against Pele in the group stage of the 1970 World Cup, with Brazil winning 1-0 in Guadalajara.

“For me Pele remains the greatest of all time and I was proud to be on the pitch with him. RIP Pele and thank you.”

Charlton also played against Pele at the 1958 and 1962 World Cup finals.

“Pele was a truly magical footballer and a wonderful human being,” he said on the Manchester United website.

“It was an honour to have shared a pitch with him and I send my sincerest condolences to his family, friends and the Brazilian people.”

The official England Twitter account posted a picture of Pele exchanging shirts with Bobby Moore after their meeting at the 1970 World Cup in Mexico, while the Football Association lit up the Wembley arch in Brazil colours as a tribute.

England captain Harry Kane also paid tribute on Twitter. “Pele was a true inspiration and one of the greatest to ever play the game. Rest in peace,” the Tottenham forward wrote.

Pele was a prodigious scorer of goals, and is credited with 1,281 of them across the length of his career by the official FIFA website.

Santos, Pele’s former club in Brazil, announced his funeral will take place on Monday and Tuesday, with the public able to pay their final respects at the Vila Belmiro Stadium, outside Sao Paulo.

Pele’s coffin will be taken straight from the Albert Einstein Hospital to the stadium and laid in the centre of the pitch, with the public wake expected to begin from 10am local time until Tuesday morning.

There will then be a funeral cortege through the streets of Santos, passing in front of the home of Pele’s 100-year-old mother, Celeste, ahead of a private burial to take place at the Memorial Necropole Ecumenica which only family will attend.

Brazil forward Neymar – who moved level with Pele’s record of 77 international goals during the 2022 World Cup – posted his own emotional tribute on Instagram.

“Before Pele, 10 was just a number. I’ve read this phrase somewhere, at some point in my life. But this sentence, beautiful, is incomplete. I would say before Pele football was just a sport. Pele has changed it all,” Neymar said.

“He turned football into art, into entertainment. He gave voice to the poor, to the blacks and especially: He gave visibility to Brazil. Soccer and Brazil have raised their status thanks to the King! He’s gone but his magic remains. Pele is FOREVER!!”

The president of the CBF, Ednaldo Rodrigues, described Pele as “eternal”, while FIFA president Gianni Infantino said the Brazil great had “a magnetic presence” and European football’s governing body UEFA paid tribute to “the first global superstar of the game”.

Portugal forward Cristiano Ronaldo posted a message on Instagram alongside a picture of him with Pele expressing his “deepest condolences”.

Ronaldo said: “An inspiration for so many millions, a reference from yesterday, today, forever. The affection he always showed for me was reciprocal in every moment we shared, even from a distance.”

Former US President Barack Obama said as one of the most recognisable athletes in the world that Pele “understood the power of sports in uniting people”.

There were rounds of applause ahead of Thursday evening’s Football League matches across the country, which kicked off shortly after news broke of Pele’s death, and similar tributes are expected at Friday’s Premier League matches.

Pele’s global stardom saw him take on a lead role in the 1981 film ‘Escape to Victory’ about Allied prisoners of war playing an exhibition football match against the Germans.

It also featured the likes of Hollywood A-listers Sylvester Stallone, Sir Michael Caine and Max Von Sydow as well as fellow players including England captain Moore and Ossie Ardiles, the former Tottenham midfielder who was a World Cup winner with Argentina in 1978.

Ardiles posted a picture of him alongside Pele in the Allied team on Twitter.

“My idol when young. He made football the beautiful game and truly international.

“My time playing alongside him in Escape to Victory was a dream come true. RIP Pele.”