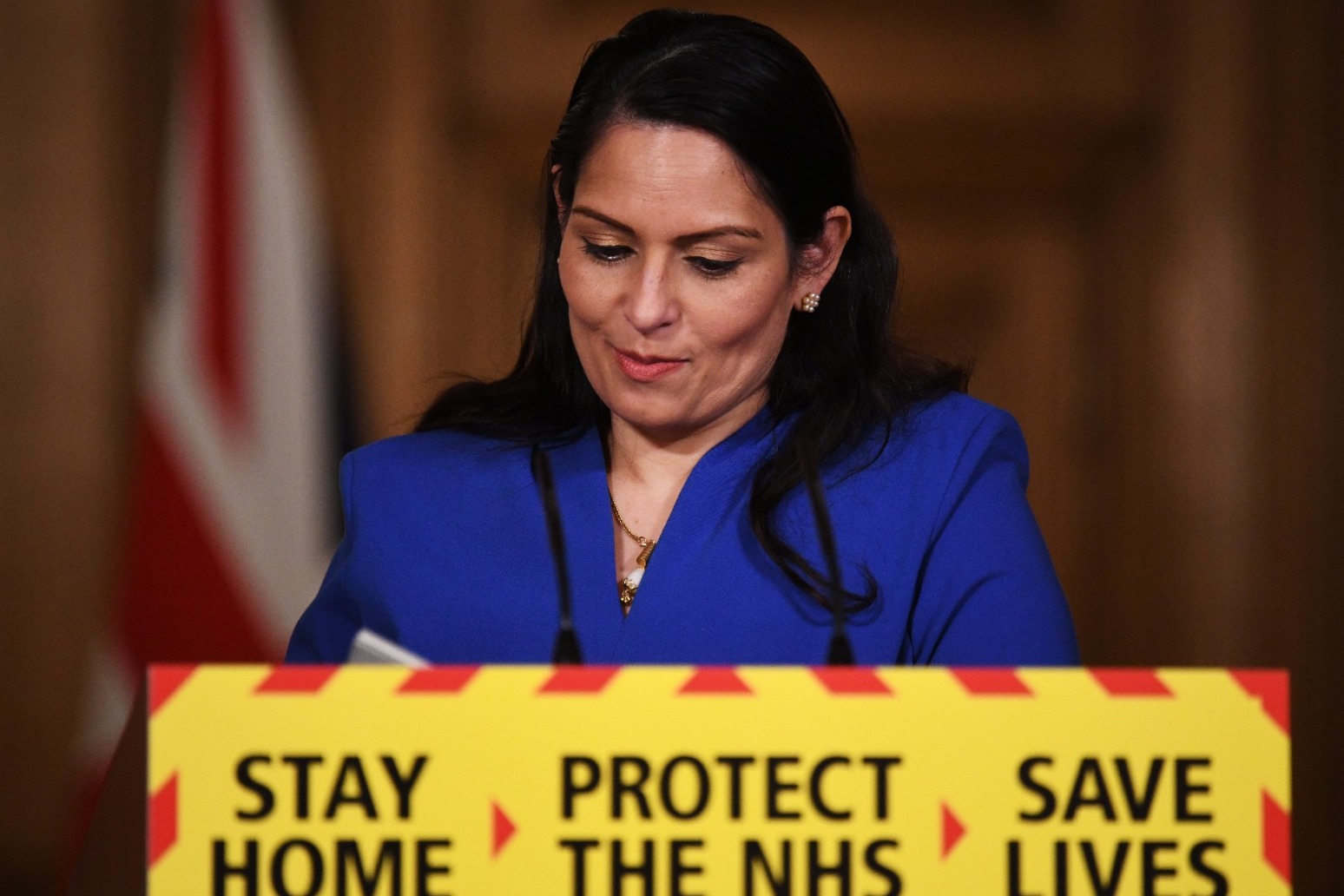 Home Secretary Priti Patel says that a minority of the public are “putting the health of the nation at risk” as she backed a tougher police approach to lockdown rules.

Speaking at a Downing Street press briefing, she said that officers are moving more quickly to issuing fines where people are clearly breaching coronavirus regulations, with nearly 45,000 fixed penalty notices issued across the UK since March.

Chairman of the National Police Chiefs’ Council Martin Hewitt said that more officers will be out on dedicated patrols to deal with rule breakers, while Communities Secretary Robert Jenrick has also spoken to councils about enforcing the regulations.

Latest figures showed that as of Tuesday, a further 1,243 people had died within 28 days of testing positive for Covid-19, which brings the UK total to 81,960.

Separate figures published by the UK’s statistics agencies for deaths where Covid-19 has been mentioned on the death certificate, together with additional data on deaths that have occurred in recent days, show there have now been 99,000 deaths involving Covid-19 in the UK.

The Government also said that, as of 9am on Tuesday, there had been a further 45,533 lab-confirmed cases of coronavirus in the UK. It brings the total number of cases in the UK to 3,118,518.