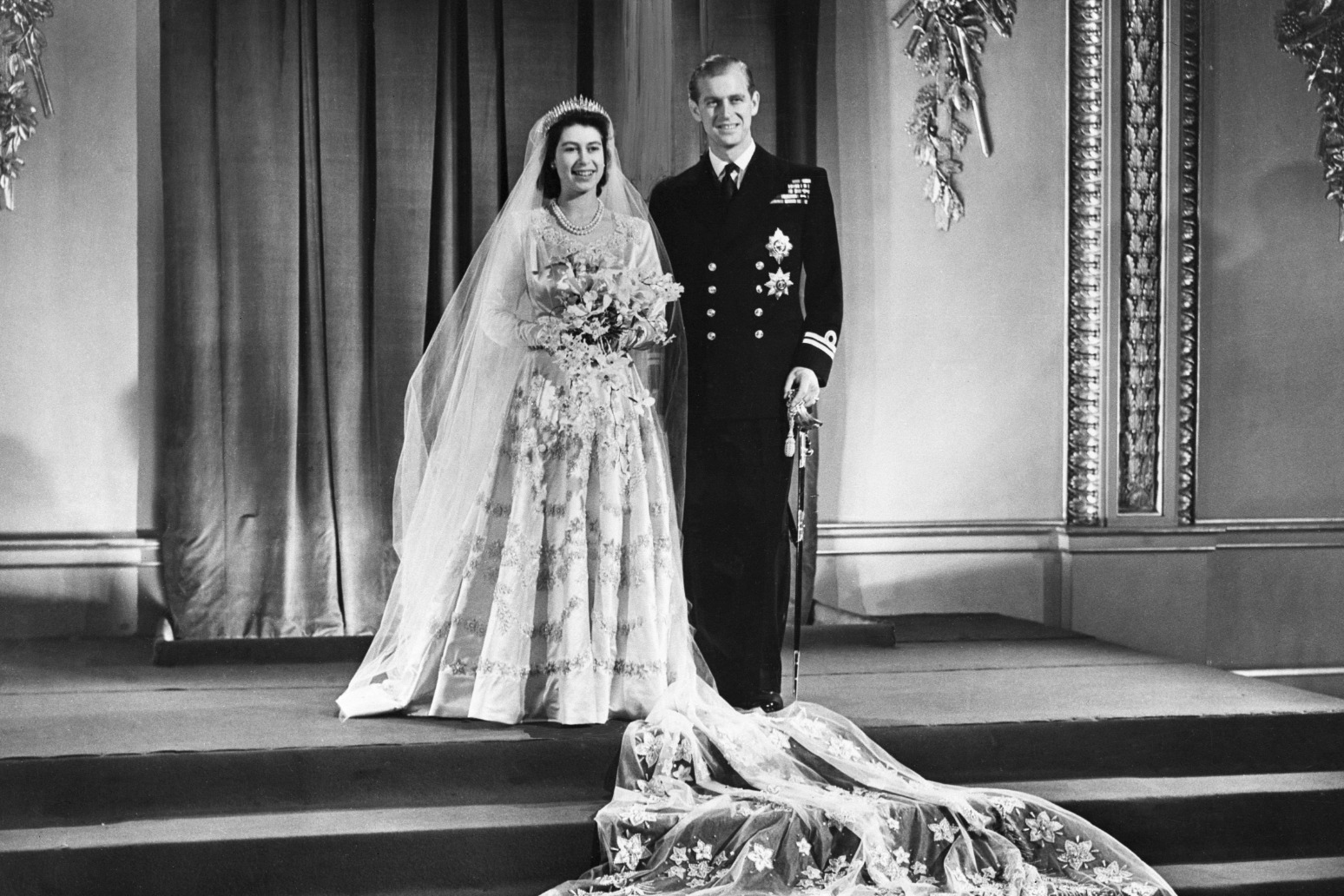 She was the Queen, but the Duke of Edinburgh never shied away from telling his wife exactly what was what.

Lord Charteris, the monarch’s former private secretary, once recalled: “Prince Philip is the only man in the world who treats the Queen simply as another human being.

“He’s the only man who can. Strange as it may seem, I believe she values that,” he told royal writer Gyles Brandreth.

The success of the couple’s long-lasting marriage, which spanned more than 70 years, was put down to their compatibility. They shared interests and had the same dutiful royal training.

Both loved horses and the outdoor life; both were undemonstrative by nature, regarding displays of emotion as something to be kept private.

Yet in character, the Queen and Philip were markedly different.

She was passive, cautious and conventional; he was more adventurous, tempestuous and active.

Their partnership was a traditional one and the Queen grew up in a world where it was the man who was in charge behind closed doors.

A friend of the royals once told biographer Sarah Bradford: “He shouts at the Queen sometimes like he shouts at other people and she doesn’t seem to mind.

“It’s as if she thinks that’s how husbands behave.”

There were moments when Philip’s bluntness would embarrass the Queen, but she was not averse to telling him herself to “Shut up”.

She knew how to handle him and would retort: “Oh Philip, do shut up. You don’t know what you’re talking about.”

When he shouted at her in private, she would calmly ignore it.

The Queen clearly adored the duke. During public engagements, she could sometimes be seen waiting for him to catch up with her as he lingered behind entertaining the guests.

“Where’s Philip?” she would ask and, on catching sight of him walking towards her, she would give a small chuckle and flash him a beaming smile.

In the early days of their marriage, Philip was sometimes strident and, according to close friends, Elizabeth would not fight back.

Later she learned to resist and, in the end, the royal couple achieved a kind of harmony, said the Queen’s biographer, Ben Pimlott.

But their domestic relationship could perhaps best be illustrated by an anecdote recounted by Lord Mountbatten.

Philip, who had a record of minor motoring accidents, was driving his wife and Uncle Dickie to Cowdray Park.

The Queen, worried about the speed at which Philip was going, started to tense herself and draw in breath.

Eventually her husband turned to her and barked: “If you do that once more I shall put you out of the car.”

When they arrived, Lord Mountbatten asked her: “Why didn’t you protest? You were quite right – he was going much too fast.”

The Queen looked puzzled and replied: “But you heard what he said.”

The difficulties faced by the royal family during 1992, the Queen’s “annus horribilis”, were said to have brought the couple closer together.

The duke, who had mellowed with age, became noticeably more considerate and supportive.

“He’s unsung for the total support he gives to the Queen,” a Royal Household insider once told author Sarah Bradford. “They’re like Darby and Joan now – it’s very sweet really.”

While on honeymoon Princess Elizabeth wrote to the Queen Mother, in letters seen by biographer William Shawcross, and declared: “Philip is an angel – he is so kind and thoughtful and living with him and having him around all the time is just perfect.”

Philip in turn wrote to tell his mother-in-law of his deep love for his new wife.

“Lilibet is the only ‘thing’ in the world which is absolutely real to me and my ambition is to weld the two of us into a new combined existence that will not only be able to withstand the shocks directed at us but will have a positive existence for the good,” he said.

On the Queen’s accession, Philip watched her become the single most important woman in the country and discovered that his own children would not be allowed to take his name.

He later won a part-concession when in 1960 it was announced that the Queen’s descendants, when they needed a surname, would use Mountbatten-Windsor.

He devoted his married life to supporting his wife, giving up his naval career to be by her side.

At the start of her reign, he helped her in particular with her public speaking, encouraging her to lower her voice when she spoke.

He was incredibly protective of her and would berate photographers who got too close.

A cruise of Commonwealth countries in 1956 took Philip away from the Queen for four months, prompting rumours of a rift between them.

But there was no evidence that all was not well.

There were rumours that Philip had strayed during their long marriage, although none was ever proven.

On their golden wedding anniversary in 1997, the duke praised his wife for her abundance of tolerance.

“I think the main lesson that we have learnt is that tolerance is the one essential ingredient of any happy marriage,” he said.

He added: “It may not be quite so important when things are going well, but it is absolutely vital when the going gets difficult.

“You can take it from me that the Queen has the quality of tolerance in abundance.”

The Queen spoke of him fondly in return.

“All too often, I fear, Prince Philip has had to listen to me speaking,” she said.

“Frequently we have discussed my intended speech beforehand and, as you will imagine, his views have been expressed in a forthright manner.

“He is someone who doesn’t take easily to compliments but he has, quite simply, been my strength and stay all these years, and I, and his whole family, and this and many other countries, owe him a debt greater than he would ever claim, or we shall ever know.”

In 2007 the couple celebrated their diamond wedding anniversary by travelling to Malta, where they had lived for a short time as a young couple.

In 2012, they marked their blue sapphire anniversary – 65 years – and in 2017 passed the rare, personal milestone of 70 years of marriage – their platinum wedding anniversary.