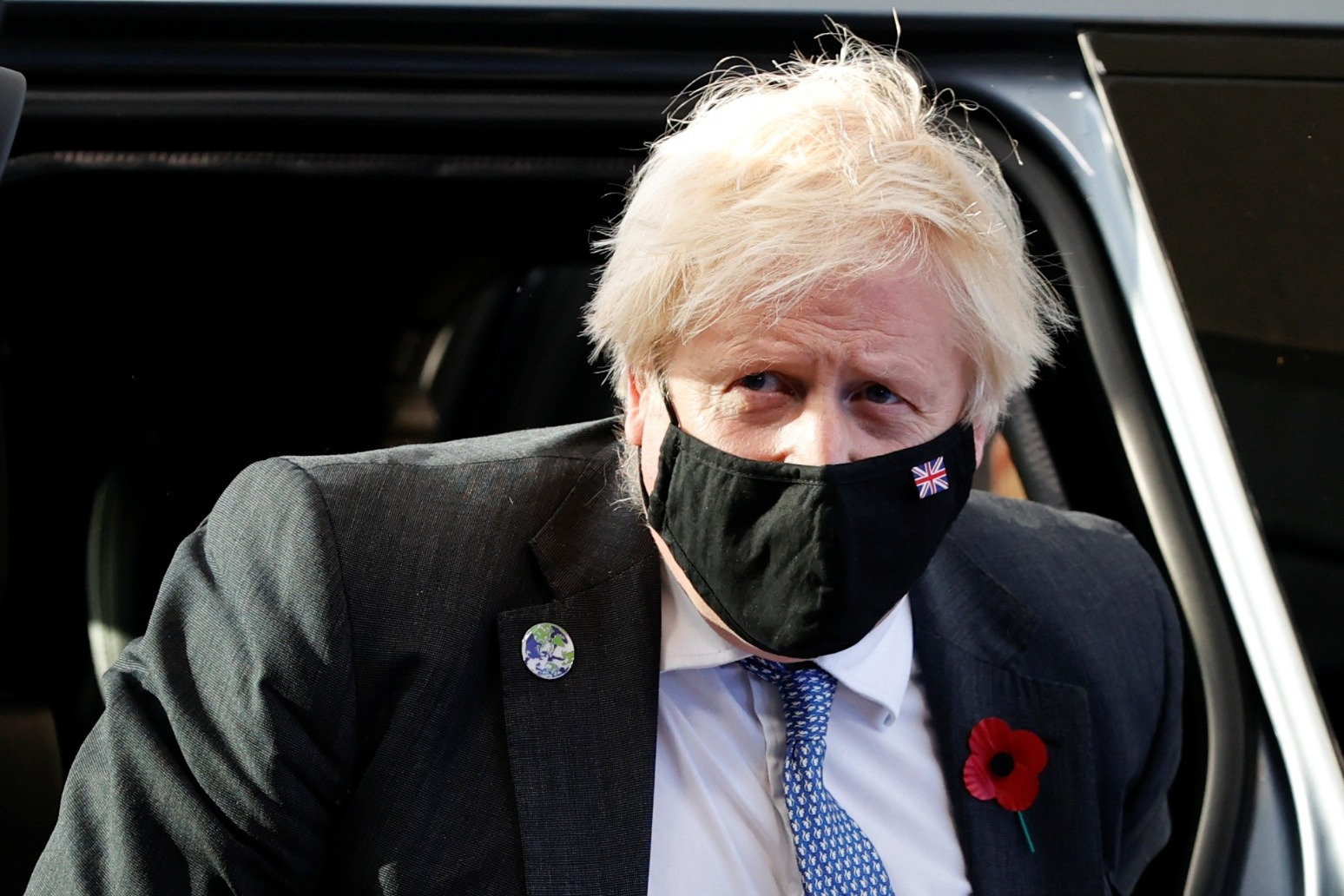 MPs who break Commons rules must be “punished”, Boris Johnson has said, as he attempted to draw a line under the politically toxic row over standards at Westminster.

Speaking at the Cop26 climate change summit in Glasgow, the Prime Minister said that if MPs were to carry on taking second jobs it was essential they abided by the regulations.

“The most important thing is that those who break the rules must be investigated and should be punished,” he told a news conference.

His warning came as the former attorney general Sir Geoffrey Cox said he did not believe he had breached rules which ban MPs from using their parliamentary offices for outside business.

Labour has referred Sir Geoffrey to the Standards Commissioner Kathryn Stone after video emerged of him apparently taking part in legal proceedings in the British Virgin Islands remotely from his office in Westminster.

Mr Johnson, who has seen the Tories’ poll ratings fall after the row over standards erupted last week, said he was not going to comment on individual cases, insisting “the UK is not remotely a corrupt country” .

However, he said that while in the past MPs doing second jobs such as doctors, lawyers or soldiers had strengthened democracy, it was essential they put their constituents first if that was to continue.

“If that system is going to continue today, then it is crucial that MPs follow the rules,” he said.

“And the rules say two crucial things: you must put your job as an MP first and you must devote yourself primarily and above all to your constituents and the people who send you to Westminster, to Parliament.

“And they also say that you should not use your position as an MP to lobby or otherwise intervene on behalf of any outside commercial interest.

“Those are the rules and they must be enforced and those who don’t obey them should of course face sanctions.”

Mr Johnson again refused to apologise for his handling of the row which erupted after Tory former cabinet minister Owen Paterson was found to have repeatedly lobbied ministers and officials on behalf of two firms he was working for as a paid consultant.

Conservative MPs were furious after they were ordered to vote for a review of the system which could have allowed Mr Paterson to appeal against a recommended six-week suspension, only for ministers to abandon the plan when opposition parties refused to co-operate.

Labour deputy leader Angela Rayner said Mr Johnson’s lack of contrition showed he did not care about the “corruption” engulfing his party and his Government.

“Instead of taking responsibility the Prime Minister is taking the mickey out of the British people and won’t clean up his mess,” she said.

“He thinks it’s one rule for him and another rule for everyone else.”

Earlier, Sir Geoffrey, a QC who has become the latest focus of attention at Westminster, defended his decision to represent the British Virgin Islands (BVI) in an inquiry into corruption in the Caribbean territory ordered by the Foreign Office.

The practising barrister – who reportedly stands to earn more than £1 million this year for his legal advice on top of his £81,900 MP salary – said he would co-operate with any investigation into his conduct.

A statement from his office said: “As for the allegation that he breached the parliamentary code of conduct on one occasion, on September 14 2021, by being in his office while participating in an online hearing in the public inquiry and voting in the House of Commons, he understands that the matter has been referred to the Parliamentary Commissioner and he will fully co-operate with her investigation.

“He does not believe that he breached the rules but will of course accept the judgment of the Parliamentary Commissioner or of the committee on the matter.”

Sir Geoffrey also said he had been given permission by Chief Whip Mark Spencer to utilise proxy voting rules brought in during the Covid-19 lockdown to allow him to continue voting in the Commons while working out in the Caribbean earlier this year.

In response, a spokesman for the Chief Whip said those granted pandemic proxy votes were expected to “continue performing their primary task of serving their constituents”.

The most recent register of MPs’ interests showed Sir Geoffrey will earn more than £800,000 from Withers, an international law firm appointed by the BVI government in January.

The MP for Torridge and West Devon also disclosed that from September 28 this year until further notice, he will be paid £400,000 a year by Withers for up to 41 hours of work per month.

Issuing a defence of his work with the BVI, Sir Geoffrey said he had obtained the approval of the Office of the Attorney General of England and Wales before accepting the role.

He said in a statement: “This is not to ‘defend’ a tax haven or, as has been inaccurately reported, to defend any wrongdoing, but to assist the public inquiry in getting to the truth.”