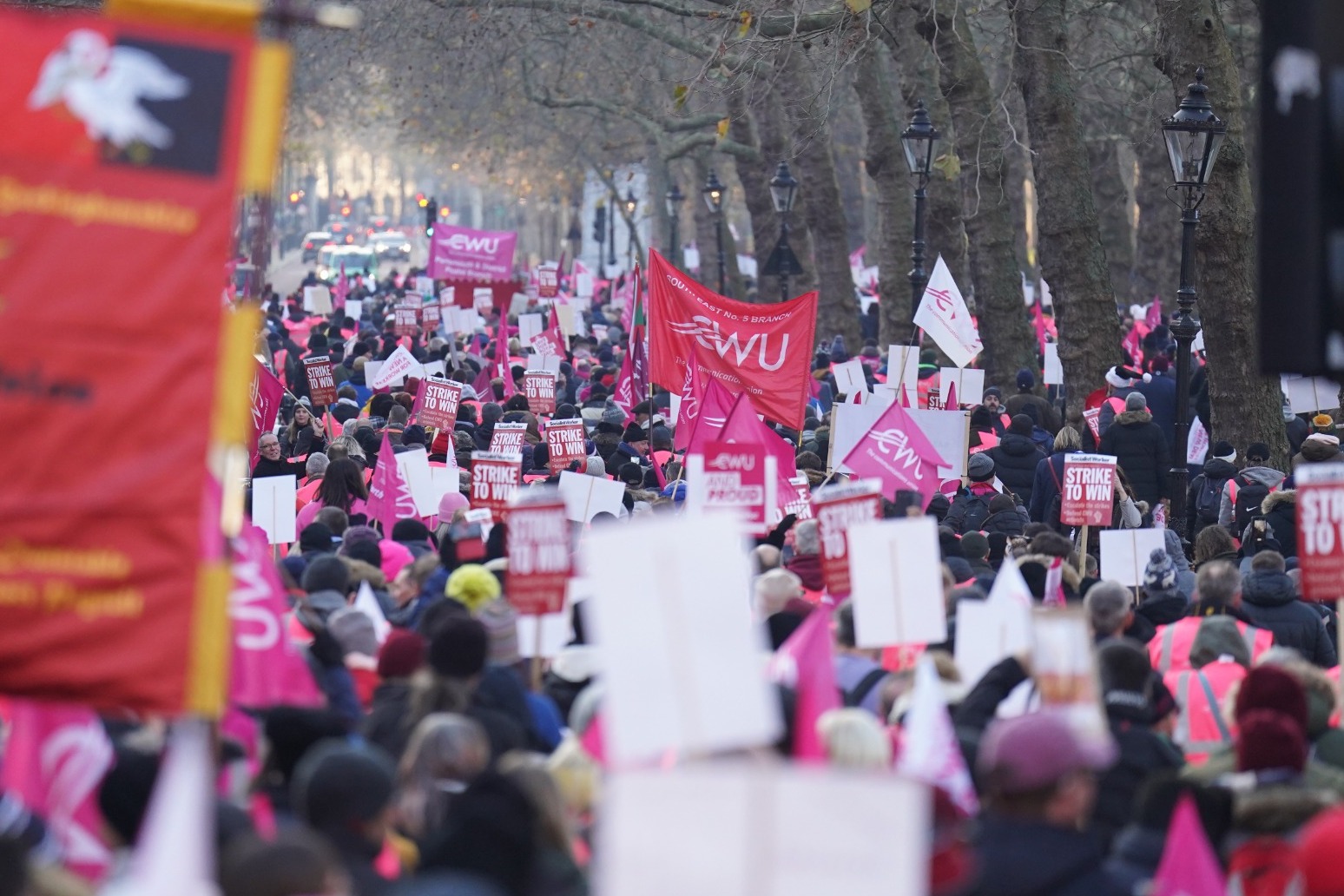 Thousands of passengers arriving at airports in the UK are being warned they face disruption amid the start of Border Force strikes.

Members of the Public and Commercial Services (PCS) union employed by the Home Office to operate passport booths walked out on Friday at Heathrow, Birmingham, Cardiff, Gatwick, Glasgow and Manchester airports, and the port of Newhaven in East Sussex.

The Border Force strikes will take place every day for the rest of the year, except December 27.

Around a quarter of a million passengers are arriving on flights at affected airports on Friday, including approximately 10,000 people who landed at Heathrow before 7am.

Travellers were warned to expect delays amid fears that long queues at passport control could lead to people being held on planes, disrupting subsequent departures.

But there were no changes to flight schedules as of 7am.

Postal deliveries and driving lessons are also set to be disrupted by strikes in the days before Christmas.

These workers will continue their strike into Saturday, when staff represented by the Rail, Maritime and Transport (RMT) union, Abellio London bus workers and Environment Agency employees will also launch separate waves of action.

This follows two days of strikes by NHS staff, as thousands of nurses walked out on Tuesday, and ambulance workers joined picket lines on Wednesday.

“The Government could stop these strikes tomorrow if it puts more money on the table,” he said.

“Like so many workers, Border Force employees are struggling with the cost-of-living crisis. They are desperate.”

National Highways workers responsible for motorways and major A-roads in London and the South East, also represented by the PCS, will continue their four-day walkout which started on Thursday.

Postmen and women represented by the Communication Workers Union (CWU) walked out for their fifth day of December action, in a move which Royal Mail criticised as “a cynical attempt to hold Christmas to ransom”.

The company said it will be doing all it can to deliver Christmas mail, revealing that the industrial action has cost it £100 million.

RMT railway workers will stage another strike from 6pm on Christmas Eve, which could prevent people from making it home for Christmas.