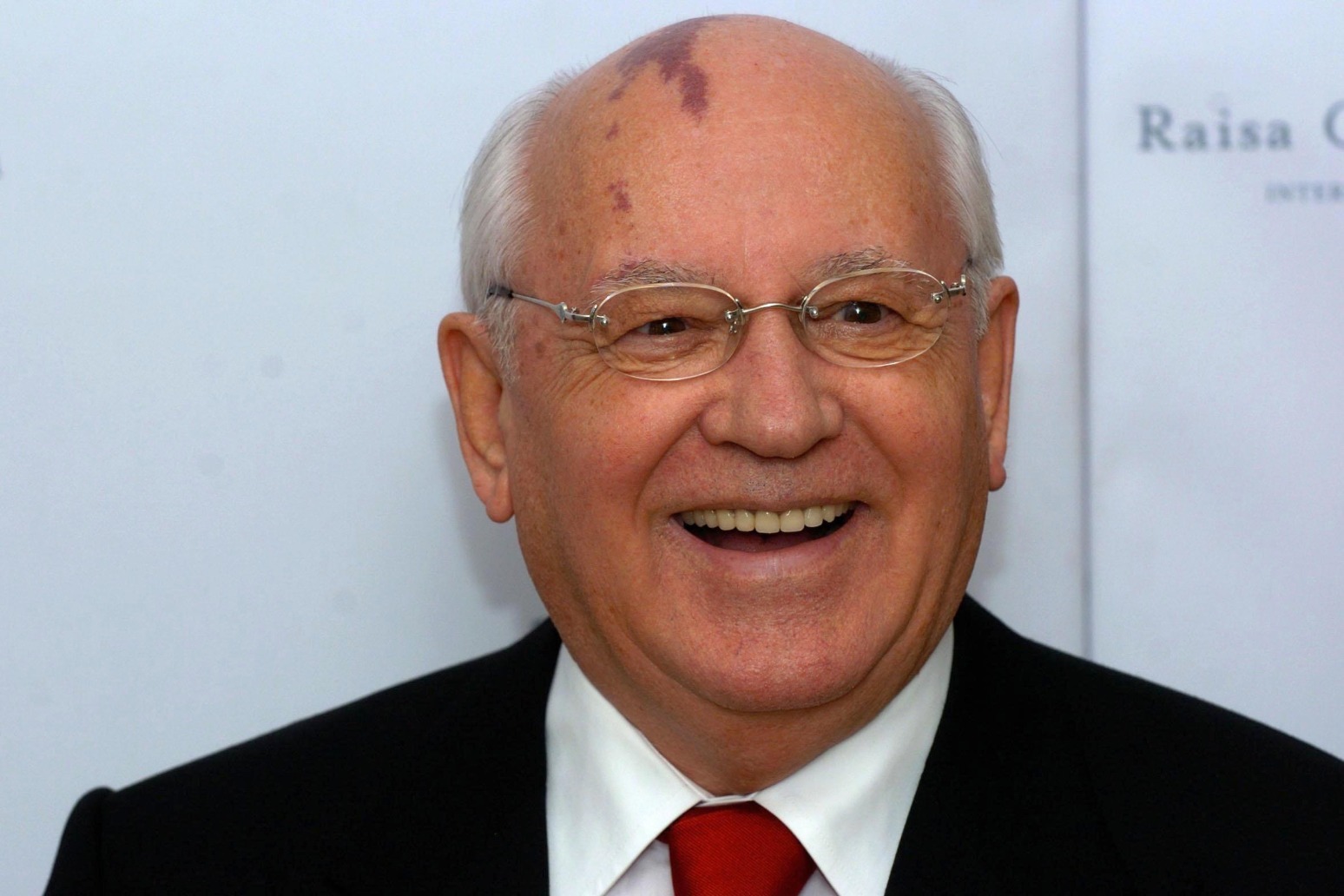 The former Soviet leader will be buried later today, but there’ll be no full state funeral

Thousands of mourners have lined up to pay tribute to former Soviet leader Mikhail Gorbachev, who launched drastic reforms that helped end the Cold War and precipitated the break-up of the Soviet Union, in a farewell snubbed by Russian President Vladimir Putin.

The Kremlin’s refusal to declare a state funeral reflects its uneasiness about the legacy of Mr Gorbachev, who has been venerated worldwide for bringing down the Iron Curtain but reviled by many at home for the Soviet collapse and the ensuing economic meltdown that plunged millions into poverty.

On Thursday, Mr Putin privately laid flowers at Mr Gorbachev’s open coffin at the Moscow hospital where he died. The Kremlin said the president’s busy schedule would prevent him from attending the funeral.

Asked what specific business will keep Mr Putin busy on Saturday, Kremlin spokesman Dmitry Peskov told reporters that the president will have a series of working meetings, an international phone call, and needs to prepare for a business forum in Russia’s Far East he is scheduled to attend next week.

Mr Gorbachev, who died on Tuesday aged 91, will be buried at Moscow’s Novodevichy cemetery next to his wife, Raisa, following a farewell ceremony at the Pillar Hall of the House of the Unions, an opulent 18th century mansion near the Kremlin that has served as the venue for state funerals since Soviet times.

His daughter Irina and his two granddaughters sat beside the coffin.

The grand, chandeliered hall lined by columns hosted balls for the nobility under the tsars and served as a venue for high-level meetings and congresses along with state funerals during Soviet times.

Despite the choice of the prestigious venue, the Kremlin stopped short of calling it a state funeral, with Mr Peskov saying the ceremony will have “elements” of one, such as honorary guards, and the government’s assistance in organising it. He would not describe how it will differ from a fully-fledged state funeral.

Declaring a state funeral for Mr Gorbachev would have obliged Mr Putin to attend it and would have required Moscow to invite foreign leaders, something that it was apparently reluctant to do amid soaring tensions with the West after sending troops to Ukraine.

Dmitry Medvedev, the deputy head of Russia’s Security Council chaired by Mr Putin who served as Russia’s president in 2008-2012, attended the farewell ceremony.

He then released a post on a messaging app channel, referring to the 1991 collapse of the Soviet Union and accusing the US and its allies of trying to engineer Russia’s break-up, a policy he described as a “chess game with death”.

Some foreign leaders did attend the funeral, including Hungarian Prime Minister Viktor Orban, who has often been critical of the Western sanctions against Russia.

The farewell viewing was shadowed by the awareness that the openness Mr Gorbachev championed has been stifled under Mr Putin.

“I want to thank him for my childhood of freedom, which we don’t have today,” said mourner Ilya, a financial services worker in his early 30s who declined to give his last name.

“I am a son of perestroika,” he said, using the Russian word for Mr Gorbachev’s reform, or reconstruction, initiatives.

The modest ceremony contrasts with a lavish 2007 state funeral given to Boris Yeltsin, Russia’s first post-Soviet leader who anointed Mr Putin as his preferred successor and set the stage for him to win the presidency by stepping down.

Mr Putin, who once lamented the collapse of the Soviet Union as the “greatest geopolitical catastrophe of the century”, has avoided explicit personal criticism of Mr Gorbachev but has repeatedly blamed him for failing to secure written commitments from the West that would rule out Nato’s expansion east.

The issue has marred Russia-West relations for decades and fomented tensions that exploded when the Russian leader sent troops into Ukraine on February 24.

In a carefully phrased letter of condolence released on Wednesday avoiding explicit praise or criticism, Mr Putin described Mr Gorbachev as a man who left “an enormous impact on the course of world history”,

Mr Putin added: “He led the country during difficult and dramatic changes, amid large-scale foreign policy, economic and society challenges.

“He deeply realised that reforms were necessary and tried to offer his solutions for the acute problems.”

The Kremlin’s ambivalence about Mr Gorbachev was reflected in state television broadcasts, which described his worldwide acclaim and grand expectations generated by his reforms, but held him responsible for plunging the country into political turmoil and economic woes and failing to properly defend the country’s interests in talks with the West.