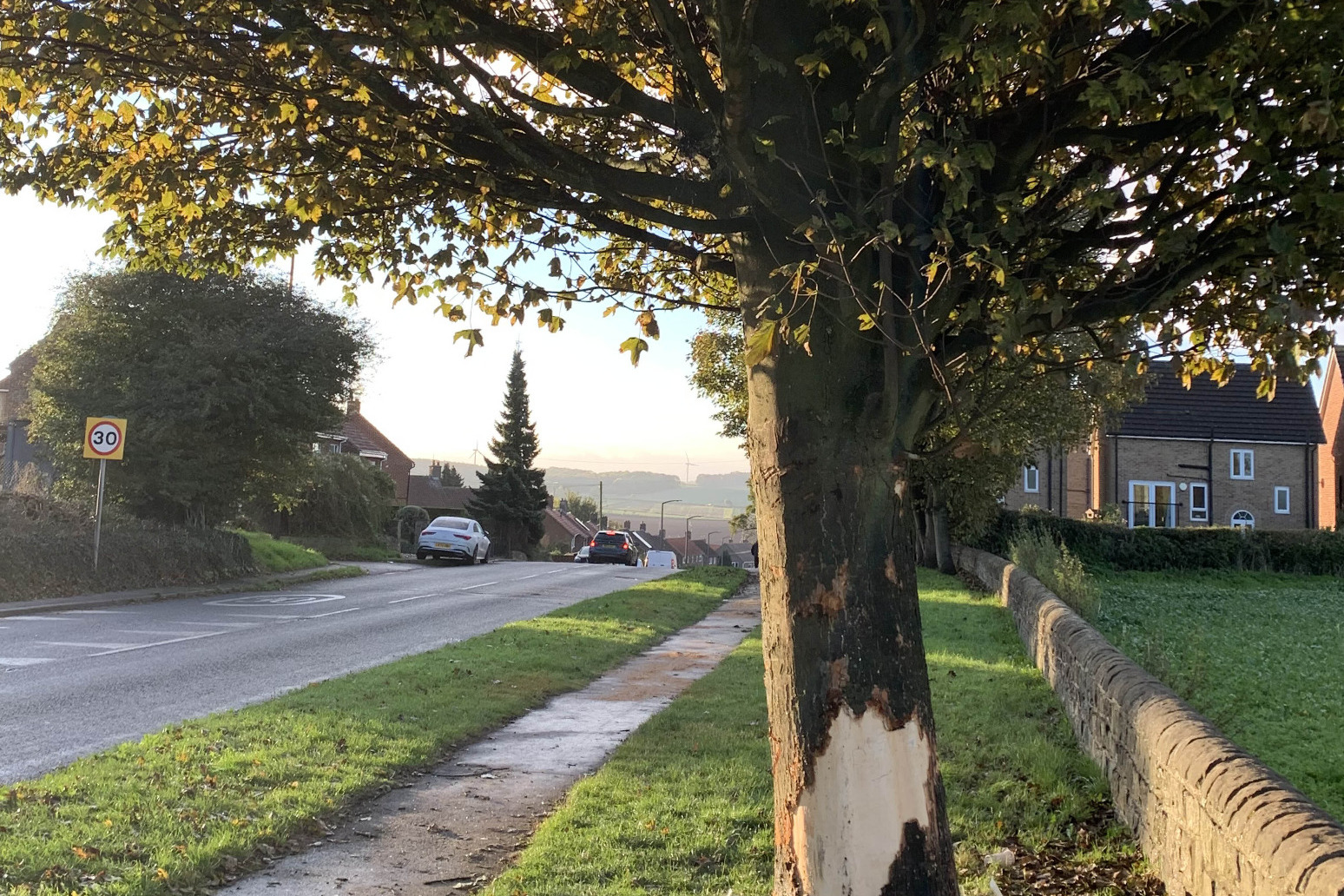 Three teenagers have died in a car crash after a vehicle came off the road and struck a tree.

South Yorkshire Police were called at 6.10am on Sunday after the incident in Rotherham involving a white Ford Fiesta, which was travelling along Kiveton Lane, close to the Todwick Court junction in Kiveton Park.

The three men inside – two 19-year-olds and an 18-year-old – were pronounced dead at the scene.

Their families have been informed and are being supported by specialist police officers.

Detectives are appealing to the public for information.

Flowers have been left around the damaged tree in Kiveton Lane, which is about 100 yards from the edge of Kiveton Park village.

The wreckage of the vehicle had been removed by daybreak on Monday and police had left the area but there was clear damage to the bark of the tree and part of a low wall nearby had been demolished.

The crash happened on a short 40mph stretch of country road between the villages of Kiveton Park and Todwick.