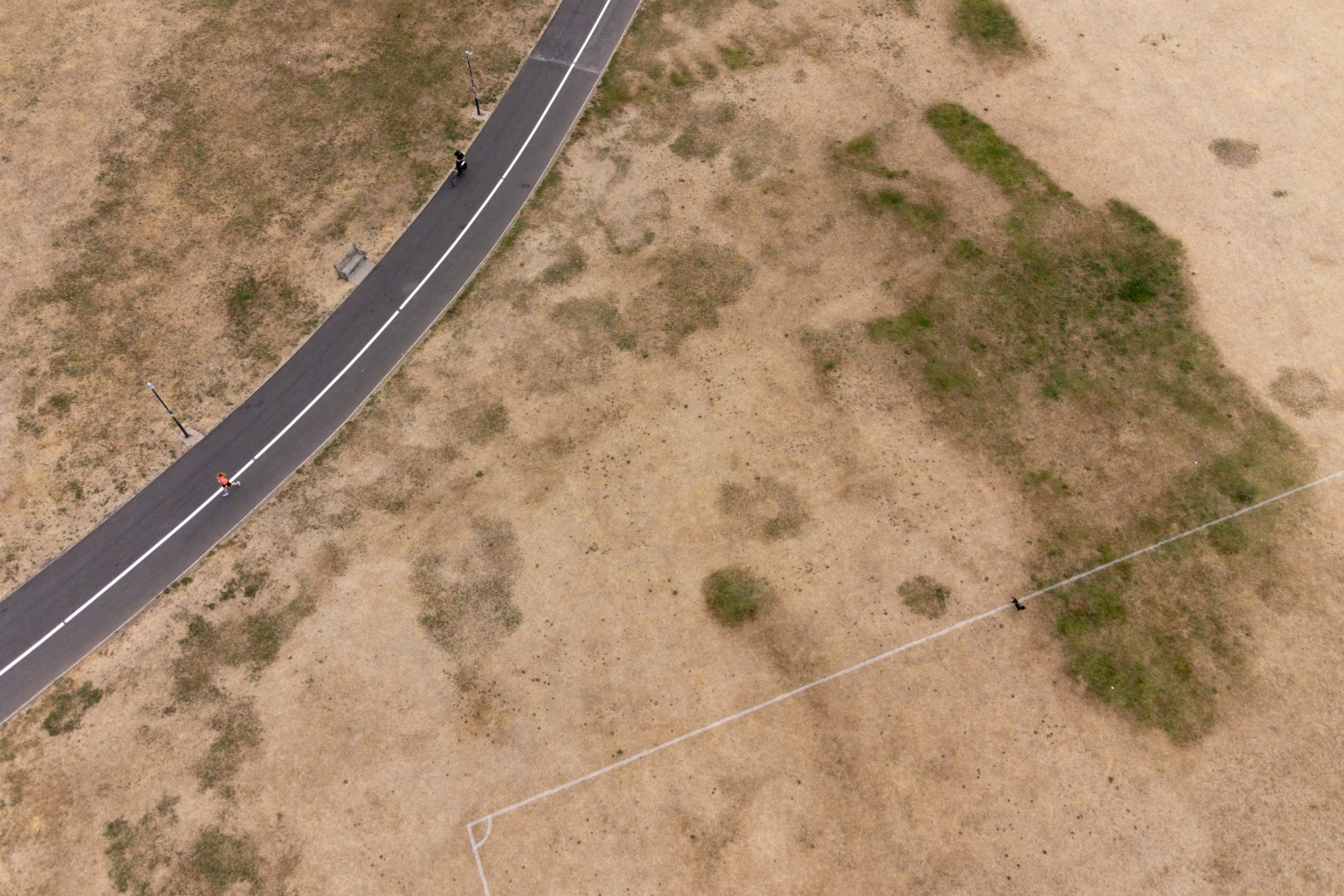 Forecasters are predicting thunder, lightning and flooding as a yellow weather warning comes into force across the UK.

The Met Office has implemented the warning for Scotland and Northern Ireland until 11.59pm on Monday and 11.59pm for all of England and Wales on Tuesday after a change in air pressure led to dramatic showers.

Power cuts and delays and cancellations in trains and buses are predicted, while spray and sudden flooding could lead to difficult driving conditions for motorists.

The south west and south east of England also face a third day of yellow warnings on Wednesday until 11.59pm, as the rain eases off elsewhere.

Greg Dewhurst, a meteorologist at the Met Office, said the week would start off quite humid before cooling down later on.

He told the PA news agency: “We’ll start off initially quite humid, particularly across the south and the east of the UK, with thundery showers and sunny spells, but it will gradually become cooler and fresher as the week goes on.

“First half of the week, we’re looking at some heavy downpours and thunderstorms developing.

“You can sort of see that sort of transition coming in from the north, it’s day by day.

“It’s still hot tomorrow, we’re looking at highs around 31C, possibly 32C, and then it starts to come down.

“As we head towards Tuesday, temperatures are around 26C or 27C. Wednesday Thursday will be the mid 20s.

“So probably tomorrow is the last day where we’ll see temperatures above 30C for the rest of the week.”

Drivers have been urged to drive carefully amid predictions of flash flooding.

Simon Williams, RAC’s road safety expert, told PA: “When roads or conditions have been so dry, flash floods are going to appear and cause a danger to drivers.

There’s a risk of aquaplaning as the water won’t drain away quite as quickly. The risk of slipping and sliding is also greater.

“Make sure you’ve got good tread on your tyres and they’re properly inflated, because the tread is the only thing that keeps you in contact with the road. Also, leave plenty of space between your car and the car in front.”

A spokesman for the AA also warned about slippery surfaces on the roads as a result of rubber build-up from tyres.

Meanwhile searches were launched after two people got into difficulty in rivers in England during the hot weekend weather.

Temperatures soared to 34C on Saturday and Sunday as the spate of sunny and hot weather continued across the UK.

Nottinghamshire Fire and Rescue service said they received reports at 6:37pm on Sunday of a man missing near the Weir at Stoke Bardolph.

Eight crews were sent to find the man and the incident has now been handed over to the police.

In London the body of a man aged in his early 20s was recovered from the River Thames near Hampton Court at around 10.30pm on Sunday.

He was reported as being in the water shortly before 4.15pm, and despite a major search involving two police forces, the fire brigade and lifeboat, he could not be saved.

Metropolitan Police Superintendent Richard Smith warned of the dangers of entering the water.

He said: “It may look appealing but the danger and risk of loss of life is incredibly real. Please do not enter the water at any point. The consequences are enormous and we do not want to see any more families having to suffer such terrible news.”