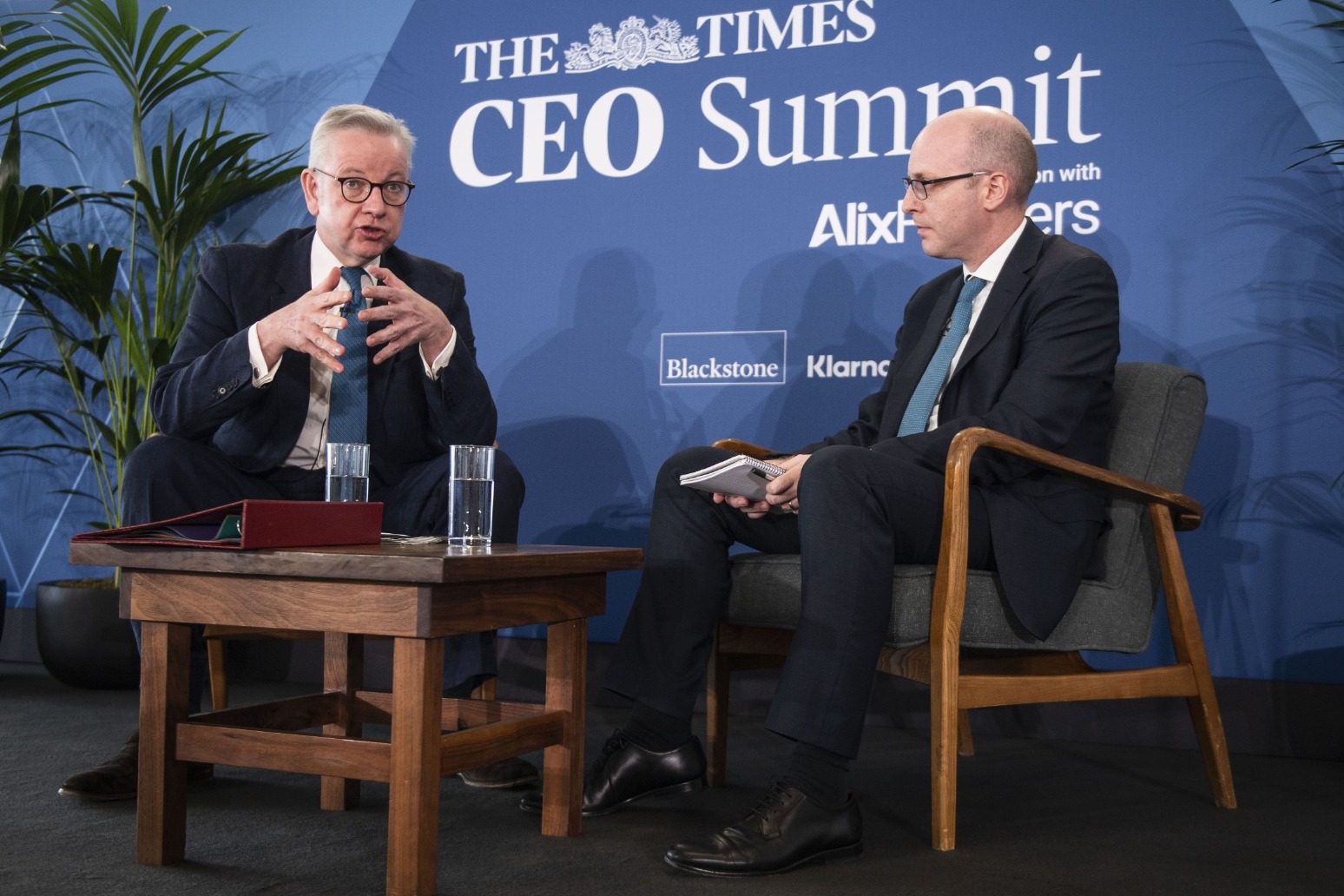 Britain faces “tough times” ahead as the Government and Bank of England act to “squeeze” inflation out of the economy, Communities Secretary Michael Gove has warned.

As the Bank’s Monetary Policy Committee raised interest rates to 1.25% – the fifth rise in succession – Mr Gove said the UK was undergoing a “painful” economic “correction” as a result of the war in Ukraine and the aftermath of the pandemic.

Speaking at The Times CEO Summit in London, he said that while the Government had a duty to help the “very poorest”, the pressure on the public finances meant it was unable to provide the level of support to people that it would like.

“We do definitely need to have a monetary policy that squeezes inflation out of the system and that will mean undoubtedly that we need to maintain control of our finances and that we need to ensure in the difficult period over the next few years we are not knocked off our course.

“I think it is inevitably the case that, when you are squeezing inflation out of the system, you will rely on the Bank of England and the Government having the fiscal and the monetary policies which will inevitably mean we cannot do all the things that we would in ideal circumstances like to do in order to support people through a difficult period.

“I think it is an unavoidable consequence of the central bank policies the UK and others have had to follow. There are inevitably tough times ahead for the UK and the global economy.”

Mr Gove, whose department is responsible for the Government’s “levelling up” agenda, said it was essential to address the UK’s regional inequalities otherwise “the problems in all our country will persist and deepen”.

He appealed to business leaders to look to areas outside London – including in some of the “red wall” seats which the Tories took from Labour at the last general election – when considering where to locate new investment.

“This is the mission of the moment,” he said.