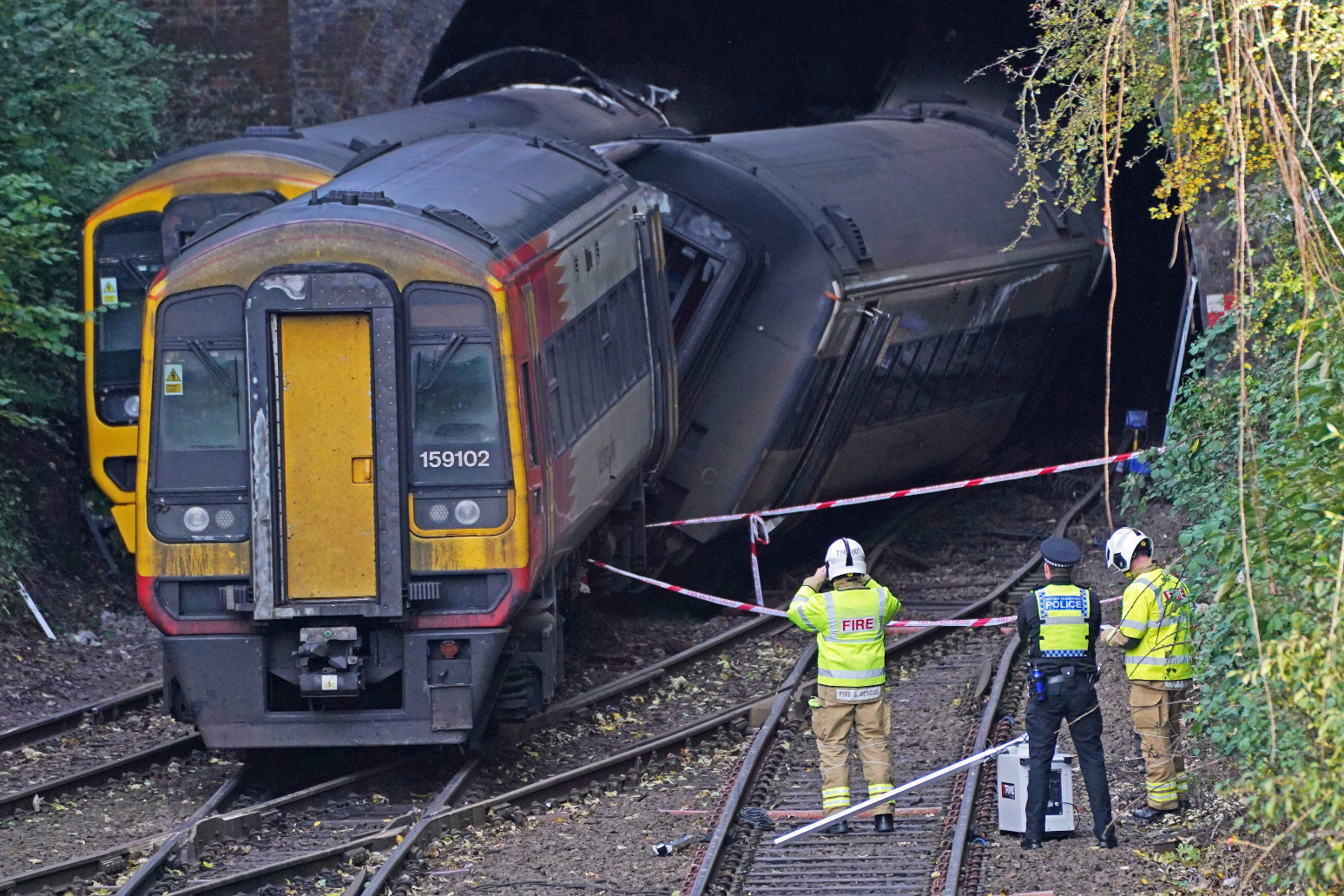 The collision happened just outside of Salisbury on Sunday

A train driver involved in a crash at the weekend suffered “life-changing injuries”, police have said.

Two trains collided in a tunnel in Salisbury, Wiltshire, at around 6.45pm on Sunday.

British Transport Police said on Monday: “Thirteen people were taken to hospital by ambulance, where they have received treatment for minor injuries. One remains there.

“Unfortunately, the driver of the train was more seriously injured and his injuries are believed to be life-changing.

“He also remains in hospital in a stable condition this morning, and his family have been informed.”

Disruption following the train crash in Salisbury will continue for several days.

National Rail Enquiries said most of the lines serving the Wiltshire city are blocked and “will remain closed until at least the end of the day on Thursday”.

This is affecting Great Western Railway (GWR) services on the route linking Cardiff and Bristol with Portsmouth and Brighton.

Passengers are urged not to travel on the affected parts of the network.