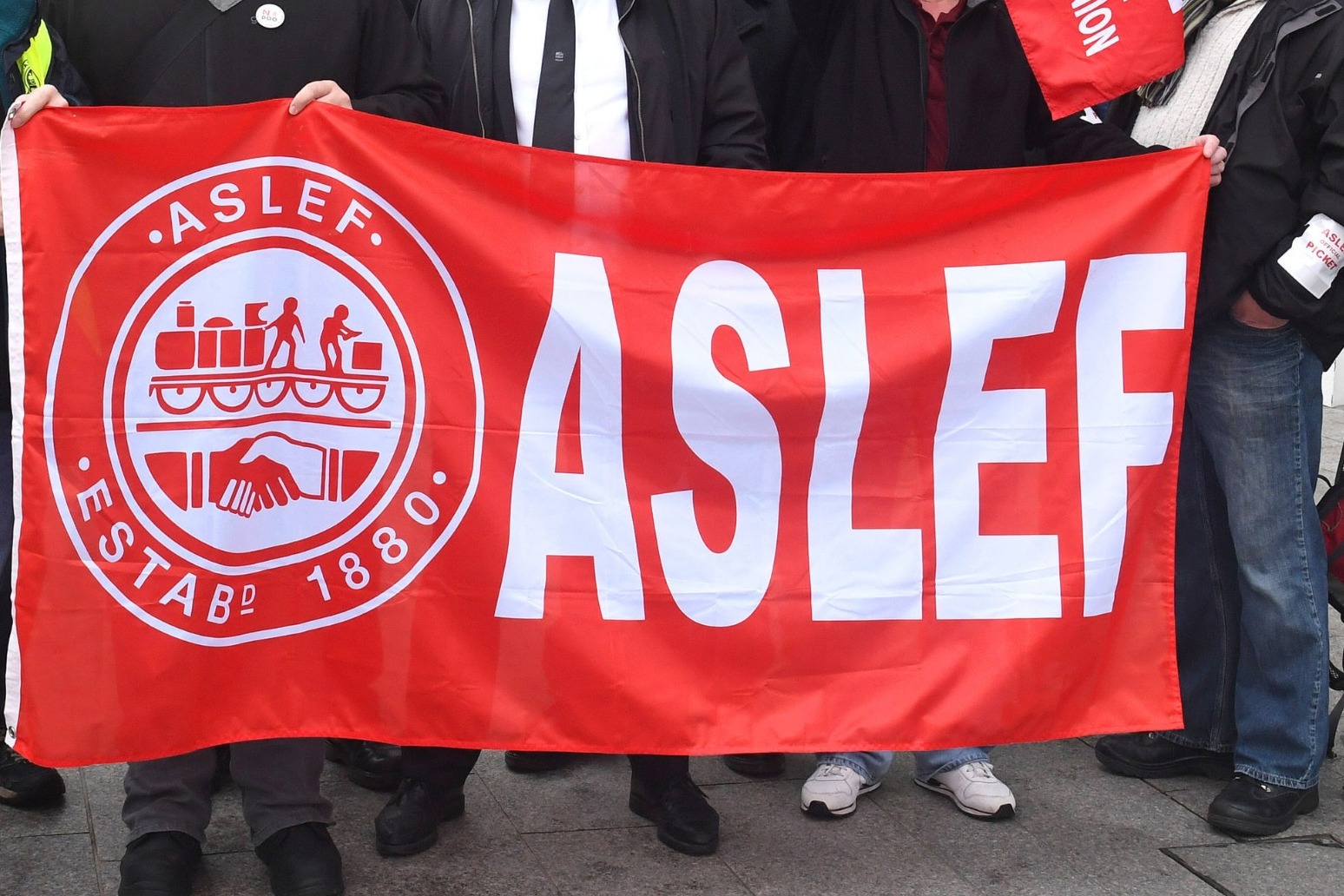 Train drivers have voted overwhelmingly to strike over pay, increasing the threat of huge disruption to rail services this summer.

Aslef members at Chiltern, LNER, Northern, TransPennine Express, Arriva Rail London, Great Western, Southeastern and West Midlands Trains voted by around 9-1 in favour of strikes on turnouts of more than 80%.

Mick Whelan, general secretary of Aslef, said: “Strikes are always the last resort. We don’t want to inconvenience passengers – our friends and families use public transport, too – and we don’t want to lose money by going on strike but we’ve been forced into this position by the companies driven by the Government.

“Many of our members – who were the men and women who moved key workers and goods around the country during the pandemic – have not had a pay rise since 2019.

“With inflation running at north of 10% that means those drivers have had a real terms pay cut over the last three years.

“It’s not unreasonable to ask your employer to make sure you’re not worse off for three years in a row.

“Especially as the train companies are doing very nicely, thank you, out of Britain’s railways, with handsome profits, dividends for shareholders, and big salaries for managers.”

A Department for Transport spokesperson said: “It is very disappointing that, rather than commit to serious dialogue with the industry, Aslef are first seeking to cause further misery to passengers by joining others in disrupting the rail network.

“The train drivers they represent earn, on average, just under £60,000 per year – more than twice the UK median salary and significantly more than the very workers who will be most impacted by these strikes.

“Our railway is in desperate need of modernisation to make it work better for passengers and be financially sustainable for the long term. We urge the union bosses to reconsider and work with its employers, not against them, to agree a new way forward.”

A spokesperson for the Rail Delivery Group said: “We want to see rail unions engage with train operators over the reforms needed to secure a bright long-term future for the industry, including working with Aslef to deliver the more punctual, reliable services we know passengers care about.

“Instead of causing further disruption to passengers and businesses, we urge the Aslef leadership to continue talks.”

Meanwhile, the Transport Salaried Staffs Association announced that hundreds of its members at Southeastern have voted for strikes and other forms of industrial action over pay, job security and conditions.

The union is not naming dates for any industrial action today, but will now consider the next steps with workplace reps.

General secretary Manuel Cortes said: “This is a great result for our union and comes hard on the heels of similar votes at a raft of other train operating companies, with results expected from our Network Rail members imminently.

“The results demonstrate that our members are utterly determined to fight for their pay, jobs and conditions. They are right to do so amid the escalating Tory cost-of-living crisis and with a chaotic government hell bent on making swingeing cuts to our rail network while inflation rages.

“It would be unwise for any rail company to ignore the feelings of our membership. We will soon speak to our workplace reps to consider next steps in the forthcoming days.

“If ministers had any sense they would come to the table and sort this out, so we have a fair settlement for workers who were hailed as heroes in the pandemic.”