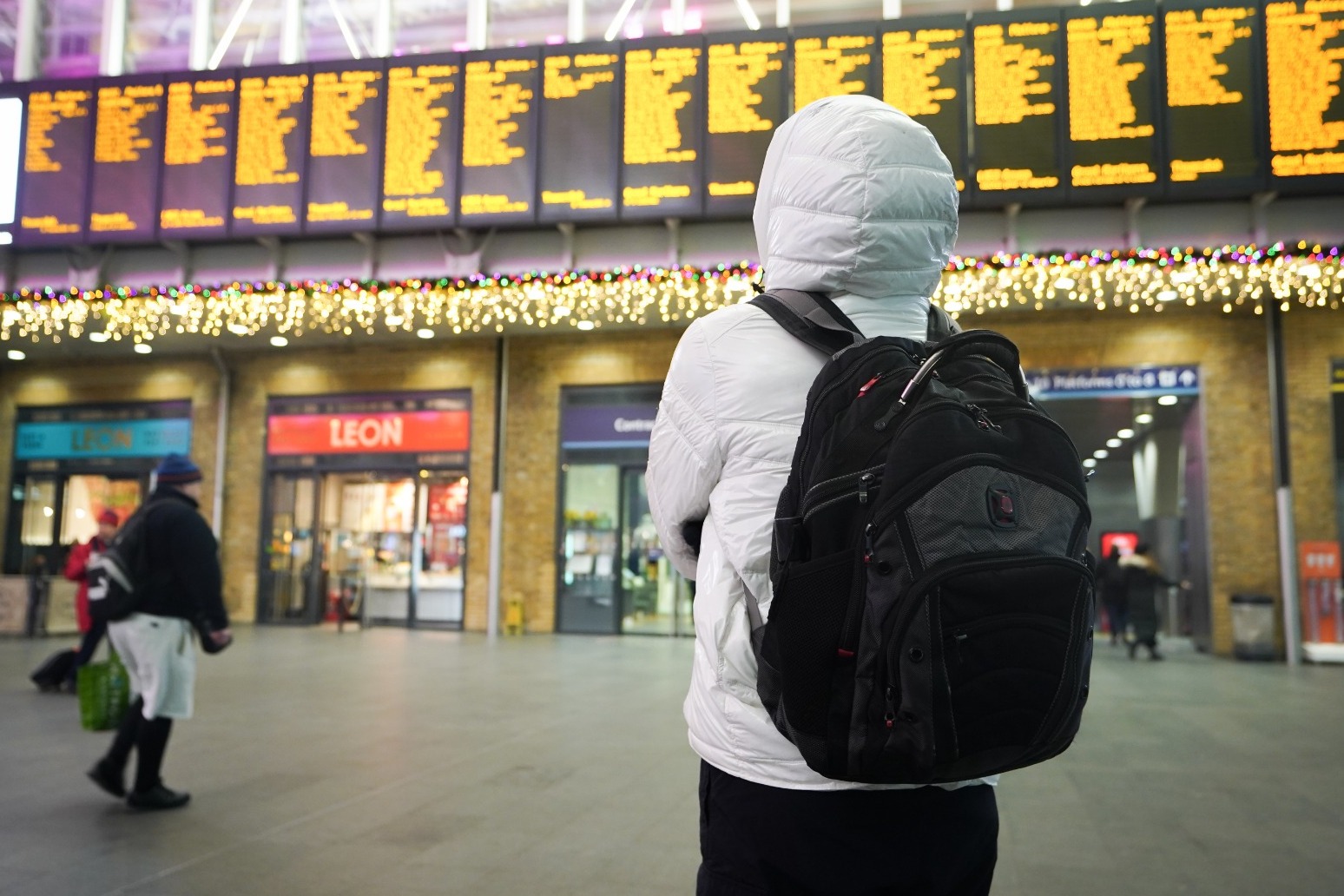 Union boss Mick Lynch raised hopes future rail strikes could be averted as travel was disrupted by a fresh 48-hour walkout and nurses warned their action could escalate.

The Rail, Maritime and Transport union (RMT) leader believes compromise on conditions and an improvement in the pay offer are “achievable” after talks with the Government.

His members at 14 companies and Network Rail again walked out on Friday, crippling services across the country a day after an unprecedented nursing strike.

Health leaders warned the situation in the NHS will become “increasingly difficult” next week when nurses walk out again before ambulance staff strike.

With the Government under growing pressure to offer better pay deals to end the disruption by Christmas, the RMT attended talks with rail minister Huw Merriman on Thursday.

Mr Lynch said there are “no new proposals on the table” but said there were “soundings-out” of possible solutions ahead of further talks with rail bosses.

“So we need some compromise on some of the conditions they’re putting on the offer and we’ll need an improvement in the pay offer. That is achievable, in my view,” he told Sky News.

“I know that there are some very simple steps that the employers and ourselves could take together to get a solution to this. That means a common-sense approach – both sides get into a position where there’s some commonly held positions.

“And I think we could do that in the next period. And if that is done very quickly, we can consider the industrial action going forward.”

Rail workers in England, Wales and Scotland will walk out again on Christmas Eve if there is no breakthrough.

The TSSA union accepting a pay offer from Network Rail was used by Mr Merriman to argue there is “clearly an appetite amongst the workers themselves to strike a deal”.

But Mr Lynch said those workers at the comparatively “miniscule” union in terms of Network Rail membership are “not affected by the changes” proposed.

“They are supervisors and white collar workers. They don’t do the work that our members do, who are profoundly affected by the changes,” he said.

Nurses in England, Wales and Northern Ireland will walk out again on Tuesday after the Royal College of Nursing’s (RCN) first national action.

Some senior Conservatives have urged Rishi Sunak to get nurses a better pay deal, either by directly proposing one or by getting the NHS pay review body to recommend a fresh offer.

RCN leader Pat Cullen warned that action by nurses would escalate unless ministers back down on their refusal to negotiate on pay.

“As time moves on – unfortunately if this government doesn’t speak to us and doesn’t get into a room – I’m afraid that this will escalate,” she told BBC’s Question Time.

Saffron Cordery, the interim chief executive of NHS Providers, which represents trusts in England, said the first nurses’ strike had a “significant impact” on patients.

She told BBC Radio 4’s Today programme around 40 to 60% of routine operations were “cancelled in places where the strikes were held”.

“So it’s fair to say that there’s been a relatively significant impact and I think it was a very demanding day overall, on the front line in the NHS,” she added.

“It’s going to get increasingly difficult for trust leaders to manage this process because we know that the winter is always a very tricky time in the NHS and we know it’s a particularly demanding time.

“Coming alongside an ambulance strike on the following day, I think it’s going to be a very challenging time next week.”