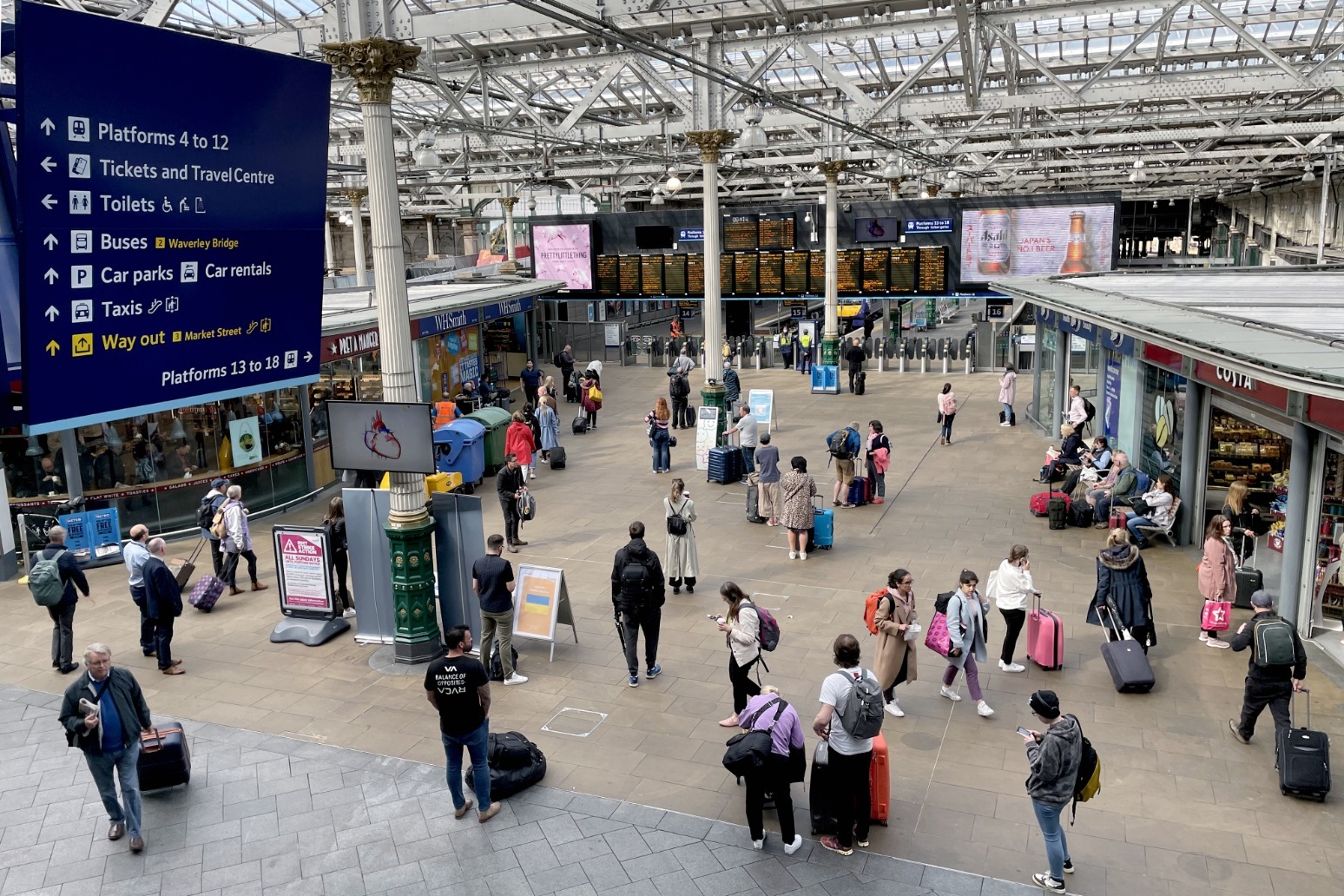 Transport Secretary Grant Shapps has accused the country’s biggest rail union of “punishing” millions of innocent people after it confirmed it will go ahead with series of crippling strikes.

Mr Shapps said the travelling public faced a week of “misery” because the Rail, Maritime and Transport (RMT) union had refused repeated appeals to call off their action due to start on Tuesday.

But Labour in turn accused the Transport Secretary and Prime Minister Boris Johnson of deliberately “pouring petrol on fire” because they wanted the country to “grind to a halt’ in order to stoke political divisions.

On Saturday, the RMT confirmed that strikes at Network Rail and 13 train operators will go ahead on Tuesday, Thursday and next Saturday, and on London Underground on Tuesday.

General secretary Mick Lynch said: “Despite the best efforts of our negotiators no viable settlements to the disputes have been created.”

Mr Shapps said patients would be forced to cancel hospital appointments, workers would lose pay because they could not get to work, and pupils taking exams would face the extra distraction of having to change their travel plans because the action.

“Sadly they have ignored these requests time and again, and we are now on the cusp of major disruption which will cause misery for people right across the country,” he said.

“By carrying out this action, the RMT is punishing millions of innocent people, instead of calmly discussing the sensible and necessary reforms we need to make in order to protect our rail network.”

However in a speech to the Labour Local Government Association conference in Warwick on Sunday, Sir Keir Starmer will claim Mr Johnson and Mr Shapps want the strikes to go ahead for their own political purposes.

“They want the country to grind to a halt so they can feed off the division. Instead of spending their time this week around the negotiating table, they are designing attack ads,” he will say.

“Instead of grown-up conversations to take the heat out of the situation, they are pouring petrol on the fire. Instead of bringing people together in the national interest, they are stoking division in their political interest.”

The action by tens of thousands of rail workers – in a dispute over job losses and the union’s demands for a pay rise that keeps pace with inflation – will cripple services for most of the week.

Mr Lynch said thousands of jobs were being cut across the rail networks and workers were facing below-inflation pay rises.

“It has to be restated that the source of these disputes is the decision by the Tory Government to cut £4 billion of funding from our transport systems – £2 billion from national rail and £2 billion from Transport for London,” he said.

“In the face of this massive attack on our people the RMT cannot be passive.”

“I’m serious about trying to find a solution and work out a compromise that gives our people a decent pay rise, but it has to be affordable for taxpayers and fare payers,” he said.

“Our offers have so far been rejected, with union demands far from being affordable. We will continue to talk and to try and find a way through and avert this needless and damaging strike.”