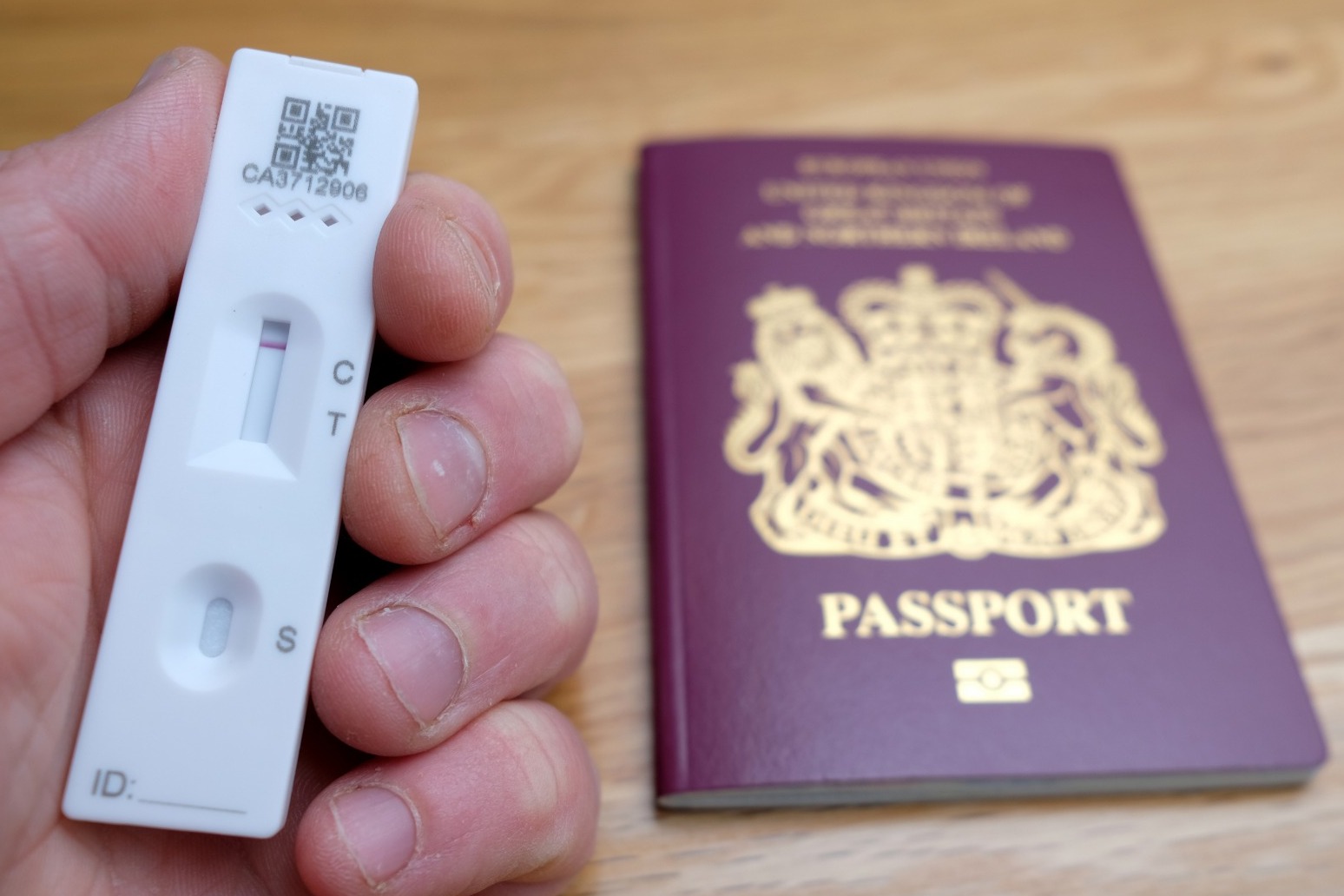 The travel industry has reacted with fury after it was announced all passengers arriving in the UK will have to take a Covid pre-departure test amid fears about the spread of the Omicron variant.

Ministers said it was intended to be a temporary measure following new data showing an increase in the number of cases of the new strain linked to foreign travel.

The move, which will be introduced on Tuesday, was welcomed by Labour which has been pressing for the return of pre-departure tests since the variant was first identified in South Africa.

But the party criticised the Government for not acting sooner.

It came as the latest figures from the UK Health Security Agency (HSA) showed as of Saturday, a further 26 cases of the Omicron variant had been reported across the UK – taking the total so far to 160.

The travel sector said the return of pre-departure tests was another “hammer blow” for an industry which was just beginning to pick up again after the devastation wrought by the pandemic.

Clive Wratten, chief executive of the Business Travel Association, said it directly contradicted assurances given by Transport Secretary Grant Shapps and he called on the Government to step in and support the sector.

“The introduction of pre-departure testing with little warning is a hammer blow to the business travel industry,” he said.

“Public safety is a priority, but businesses will fail, travellers will be stranded and livelihoods devastated by the lack of coherent plans from Government.”

“It is premature to hit millions of passengers and industry before we see the full data. We don’t have the clinical evidence,” he said.

“These measures must be removed as quickly as possible in line with the speed of the booster programme.”

“Most of the limited remaining demand following the reintroduction of self-isolation will now fall away, just as airports were hoping for a small uplift over the Christmas holiday,” she said.

The new measures for England, which come into force at 4am on Tuesday, were announced late on Saturday by Health Secretary Sajid Javid and were immediately followed by the Scottish and Welsh government.

It means passengers travelling to the UK will have to take either a PCR or a lateral flow test up to a maximum of 48 hours before they depart regardless of their vaccination status.

“We have always said we would act swiftly if we need to if the changing data requires it,” Mr Javid said.

“These are temporary measures we want to remove them as soon as we possibly can, but before we learn more about Omicron it is right that we have these measures in place.”

“We badly need them to learn the lessons on the importance of acting quickly on Covid border measures rather than each time having to be put under huge pressure to finally act,” she said.

The Department of Health and Social Care (DHSC) said it had acted in part because said new analysis by the UK Health and Security Agency (HSA) suggested the window between infection and infectiousness may be shorter for the Omicron variant.

It said this increased the efficacy of pre-departure testing, making it more likely it would to identify positive cases before travel.

In a further move the Government said that Nigeria was being added to the travel red list after 21 cases of the Omicron variant in England were linked to travel from the west African nation.

From 4am on Monday only British and Irish nationals and residents travelling from Nigeria will be allowed into the country and must isolate in a Government-managed quarantine hotel.