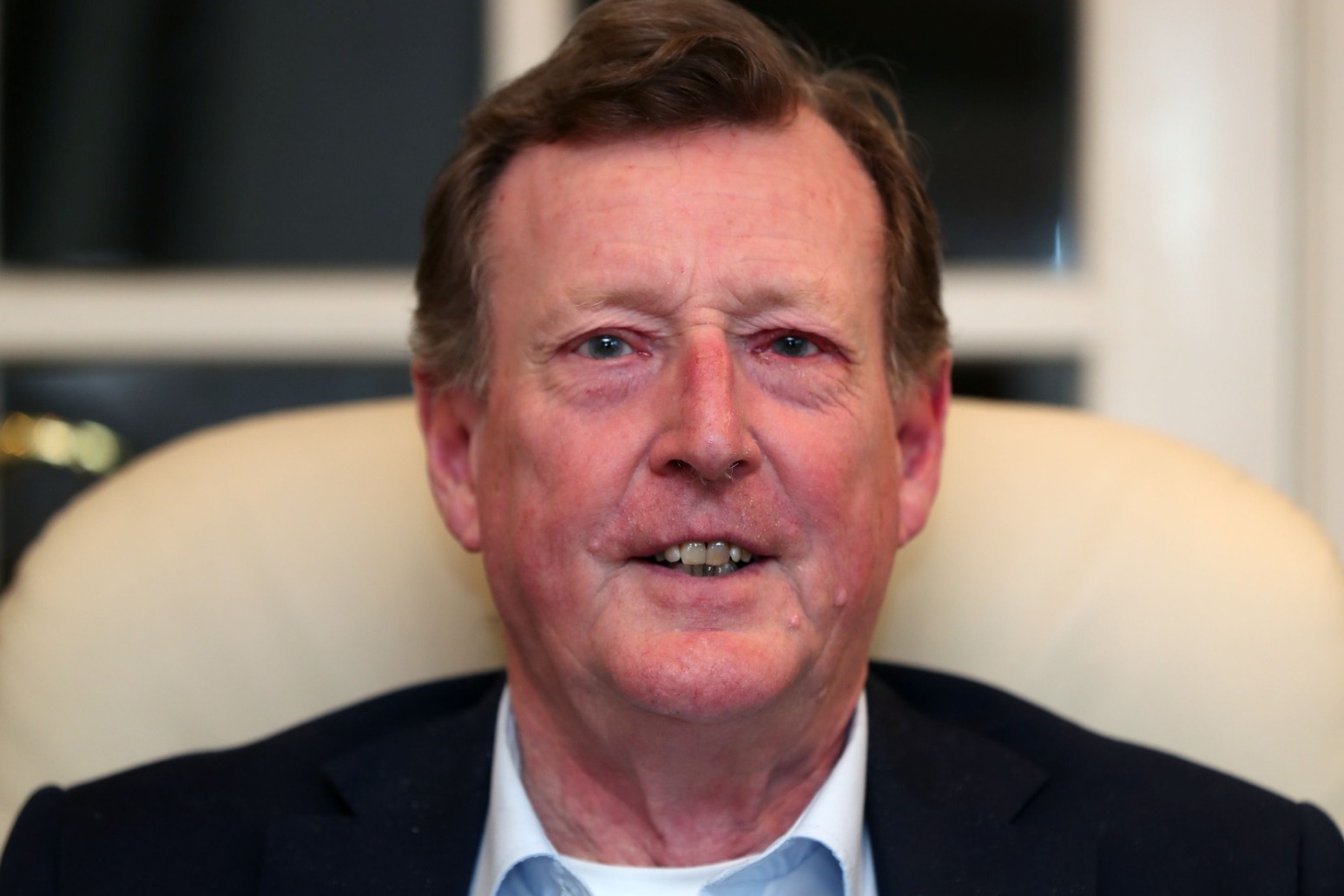 Political leaders past and present have paid tribute to David Trimble’s contribution to peace in Northern Ireland following his death.

The 77-year-old peer and ex-leader of the Ulster Unionist Party was one of the principal architects of the Good Friday/Belfast Agreement that ended decades of conflict in the region.

His death comes amid another political crisis at Stormont, with the DUP blocking the creation of a powersharing administration in protest at Brexit’s Northern Ireland Protocol.

A planned recall sitting of the troubled Assembly on Tuesday, which would have expected to witness heated exchanges over the current deadlock, has been postponed as a mark of respect.

“He was a giant of British and international politics and will be long remembered for his intellect, personal bravery and fierce determination to change politics for the better,” he said.

Taoiseach Micheal Martin credited his “central contribution” in efforts to secure peace and reconciliation on the island of Ireland.

“All of us in politics at the time witnessed his crucial and courageous role in the negotiations leading to the Good Friday Agreement and his leadership in building support in his party and his community for the Agreement,” he said.

Former UK and Irish prime ministers Sir Tony Blair and Bertie Ahern, both of whom were involved in the intensive Good Friday negotiations, also paid tribute.

Sir Tony said his contribution was “immense, unforgettable and frankly irreplaceable” while Mr Ahern described him as a “courageous” leader.

Ex-Sinn Fein president Gerry Adams, a once bitter political adversary of the unionist leader, thanked him for helping to get the Good Friday Agreement over the line in 1998.

“He chose to grasp the opportunity for peace when it presented itself and sought to end the decades of violence that blighted his beloved Northern Ireland,” he said.

Announcing the postponement of the recalled sitting on Monday evening, outgoing Stormont speaker Alex Maskey said he would be making arrangements to allow MLAs to formally offer their condolences and pay tributes.

“I will announce further details when arrangements have been confirmed,” he added.