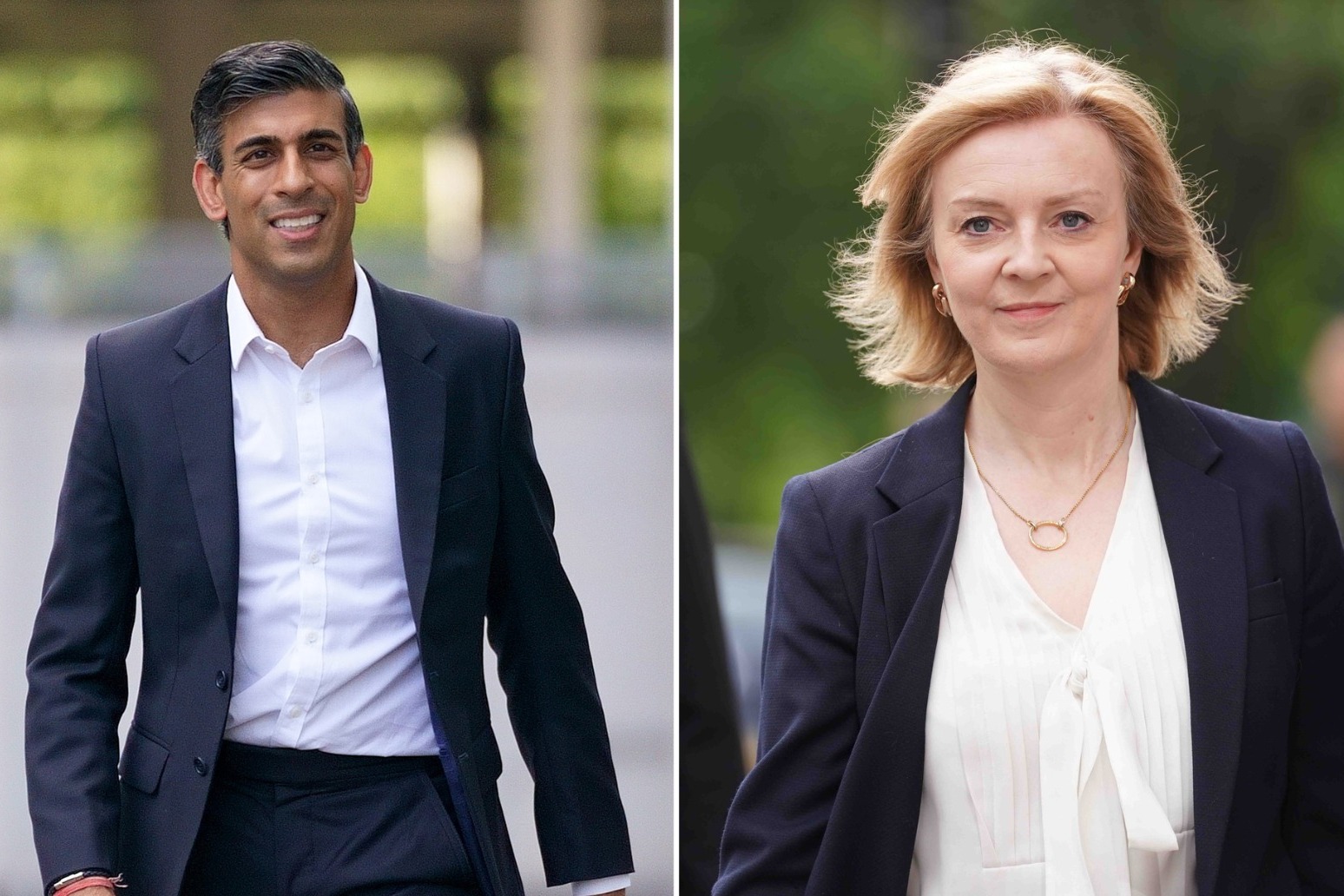 Liz Truss and Rishi Sunak will make a final push to win over Conservative Party members as the leadership hustings conclude on Wednesday.

The pair will aim to woo members in London before voting closes at 5pm on Friday, with Foreign Secretary Ms Truss widely tipped to emerge victorious when the winner is announced on Monday.

They are expected to once again lock horns over tax cuts and their competing visions for the UK economy, including on their plans to help households with the cost-of-living crisis.

Regulator Ofgem has confirmed an 80% rise in the energy price cap, which will mean the average household’s yearly bill will go from £1,971 to £3,549 from October.

Former chancellor Mr Sunak, who has acknowledged he is the underdog, has insisted he still believes he can cause an upset as he launched his latest criticism of his rival’s plans.

In an interview with the Financial Times, Mr Sunak said “a bunch of people I’ve spoken to say they still haven’t voted” while he also highlighted the risks faced by Boris Johnson’s successor in Downing Street.

He said: “We have more inflation-linked debt by a margin than any other G7 economy — basically more than double. Because of the structure of QE (quantitative easing), we’re also particularly much more sensitive to an upward rate cycle than we have been.”

He also said: “My general view in life, you can’t take anything for granted.”

The FT reported Mr Sunak said it would be “complacent and irresponsible” for a prime minister and chancellor “not to be thinking about the risks to the public finances”, in a warning that the risk of markets losing confidence in the British economy cannot be ignored.

In a rallying call ahead of the hustings, Mr Sunak also said in a statement: “Britain is the best country in the world to grow up in, start a family and build a business, and our future looks bright.

“But we can only get there if we tackle the challenges we face in the short term head on with honesty and a credible plan. I have the right plan, rooted in Conservative values, and I have been consistent, clear and honest throughout this contest that we must fix inflation first.

“Only by supporting people through this winter and gripping inflation can we lay the foundations for growth and prosperity – for lower taxes, a better NHS and a healthy economy making full use of our Brexit freedoms. That’s my vision for Britain, and I’ll work night and day to deliver it for the party and country I love.”

The Truss campaign kept a lower profile in the final hours of the contest, which included the decision to cancel a face-to-face interview with BBC journalist Nick Robinson.

A source from Ms Truss’s campaign said she did not take part in the interview, which she had agreed to, as she was focusing on winning as many votes as possible and preparing for government.