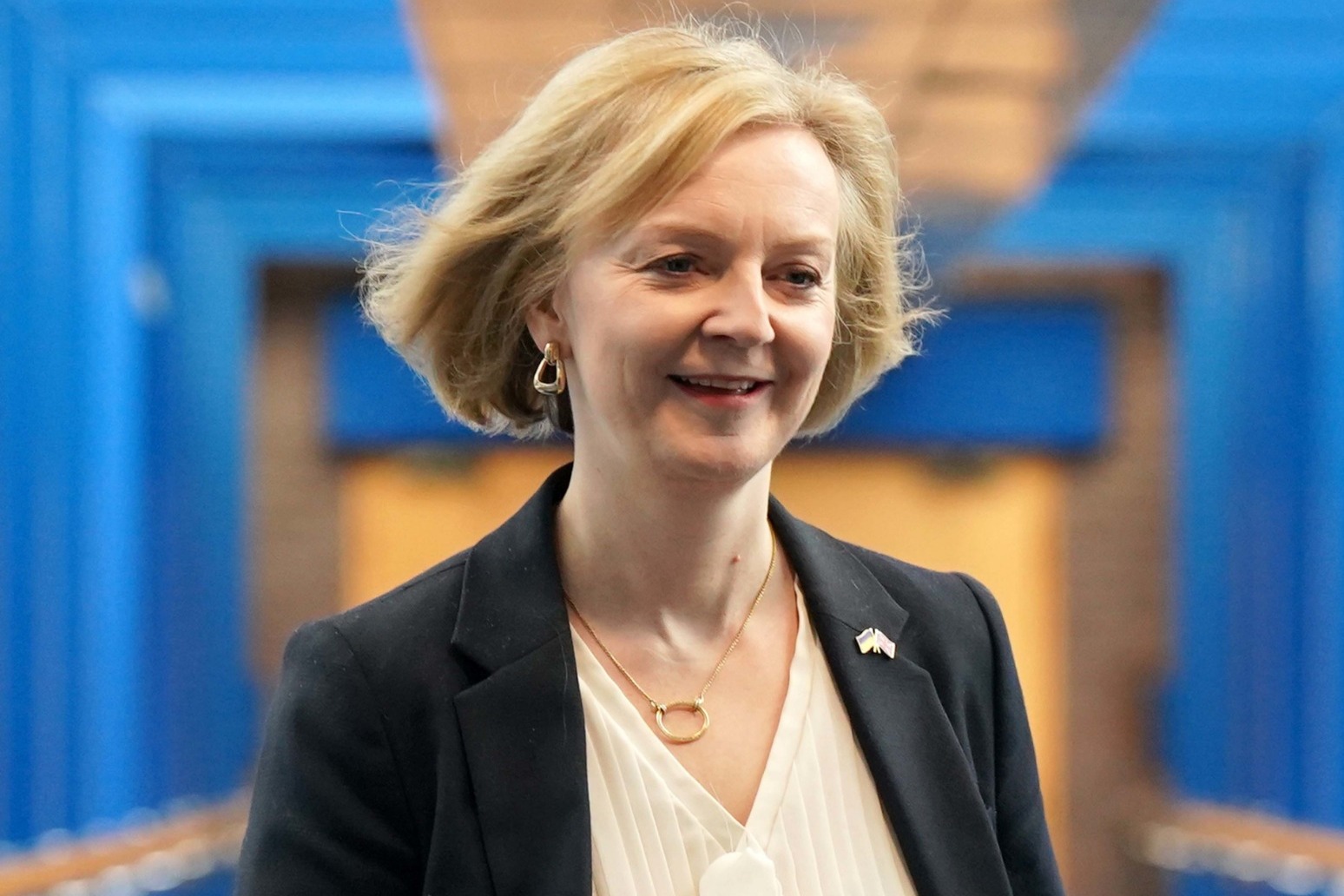 Liz Truss stressed she must take a “responsible” approach to the public finances, as she faces a fresh battle with Tory rebels fighting real-terms cuts to benefits.

The Prime Minister is refusing to rule out a return to austerity or say whether welfare payments will be increased in line with soaring inflation.

Critics who forced a humiliating U-turn over the plan to abolish the 45p tax rate for top earners are now stepping up pressure on the Government to confirm benefits will increase.

Chancellor Kwasi Kwarteng has already made a second change of cause to reassure markets and Tory rebels by bringing forward his medium-term fiscal plan along with independent forecasts.

Ms Truss has committed to increase pensions in line with prices but on benefits says “we have to be fiscally responsible”.

Benefits are usually uprated in line with the consumer price index (CPI) rate of inflation from September, with the rise coming into effect the following April.

The Institute for Fiscal Studies estimates that each percentage point rise in CPI adds £1.6 billion to welfare spending.

In an interview pre-recorded on Monday, Ms Truss told BBC Radio 4’s Today programme: “We are going to have to make decisions about how we bring down debt as a proportion of GDP in the medium term.

“I am very committed to supporting the most vulnerable; in fact, in addition to the energy price guarantee we’re also providing an extra £1,200 to the poorest households.

“So we have to look at these issues in the round, we have to be fiscally responsible.”

She added to LBC radio that “no decision has been made yet on benefit uprating”, adding that it “will be taken in due course”.

Pressed on why she commits to increase pensions but not benefits, she said: “What I mean is when people are on a fixed income, when they are pensioners, it is quite hard to adjust.

“I think it’s a different situation for people who are in the position to be able to work.”

Asked if she will rule out austerity, she said she has committed to reducing debt as a proportion of national income over the medium term.

“Well, I wouldn’t use the term you describe. What I’m talking about is fiscal responsibility,” she added.

Ms Truss sought to take some of the pressure off Mr Kwarteng as he faces criticism for the doomed plans to axe the 45% tax rate on earnings over £150,000.

She insisted that “We worked on it together” when questioned whose idea it was to abolish the tax.

Mr Kwarteng had been planning to wait until November 23 to publish his medium-term fiscal plan and official forecasts from the Office for Budget Responsibility (OBR).

But it was understood he will publish them later this month after he told the Tory party conference in Birmingham he will set out more “shortly”.

Former Cabinet ministers Michael Gove and Damian Green have already spoken out with concerns about any failure to raise benefits in line with inflation.

Mel Stride, Tory chairman of the Treasury Select Committee, said he would have to “think long and hard” if asked to vote to increase benefits in line with earnings rather than inflation.

“So we’re coming off the back actually of a kind of quite a strong real-terms squeeze on those benefits already so I think that will be a really tough call to make.”