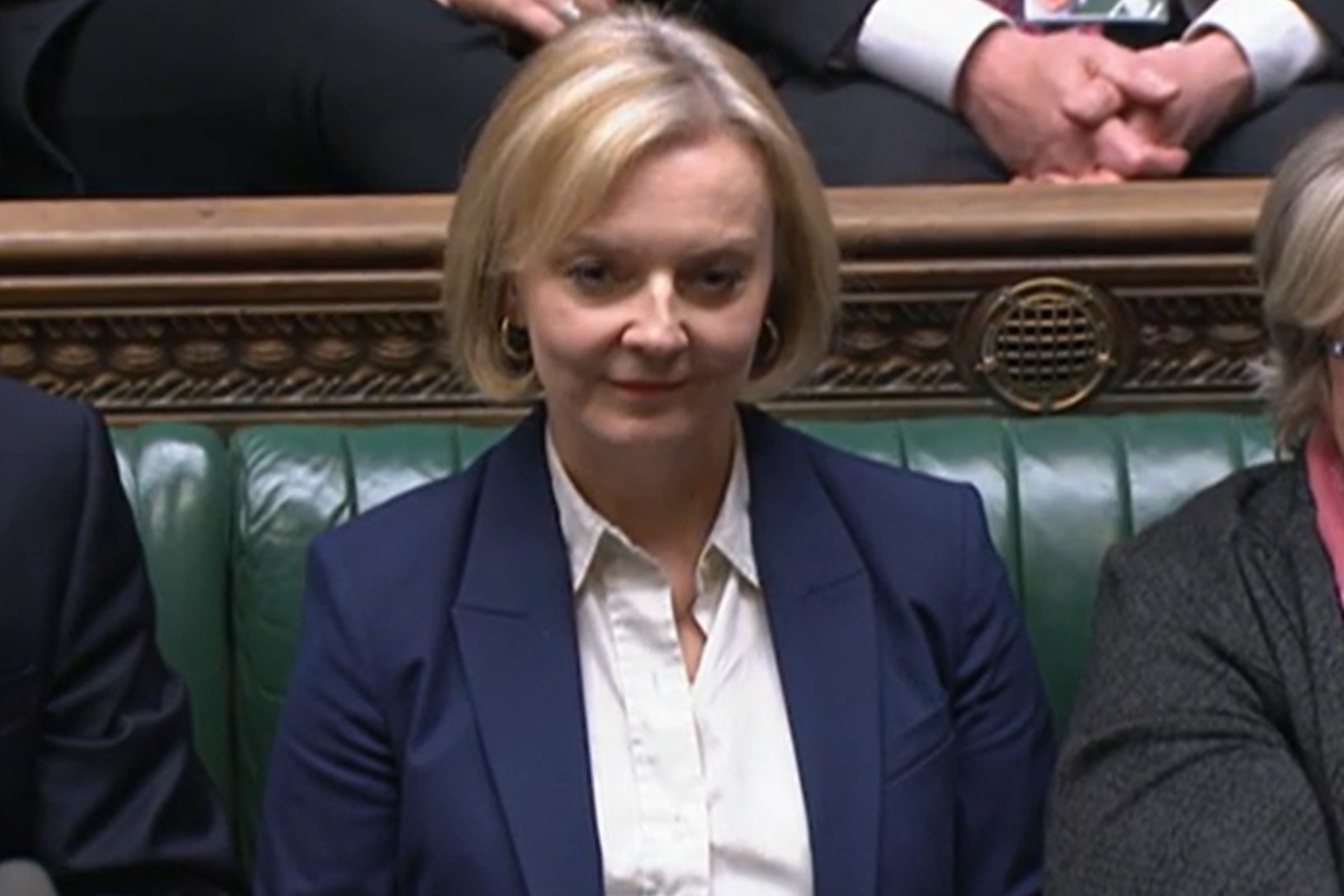 Liz Truss has been warned by a senior minister that she cannot afford to make any more mistakes as she battles to stay in No 10.

The Prime Minister will chair a meeting of the Cabinet and is also expected to hold talks with the European Research Group of Tory MPs after being forced to watch as her entire economic strategy was torn up by Chancellor Jeremy Hunt.

She has apologised for the mistakes she made over the ill-fated mini-budget and has declared she intends to lead the Conservative Party into the next general election, although ultimately that may not be her choice if MPs move against her.

Armed forces minister James Heappey said: “She’s very much our Prime Minister and, for what it’s worth, I think she’s doing a good job.”

But he told Sky News that “given how skittish our politics are” at the moment “I don’t think there’s the opportunity to make any more mistakes”.

He said Ms Truss had “fronted up to her mistake very quickly” but “there are people in the parliamentary party who don’t want that to be the end of it”.

However he insisted many Tories recognise that “this is a moment when this country needs its Government to knuckle down and get back on with the day job”.

One of the factors keeping Ms Truss in office despite being forced to abandon the economic platform that got her elected as Tory leader is the lack of an obvious candidate to replace her.

Tory MPs are reluctant to have another leadership contest among the Conservative membership, something that could take months and further damage the party’s reputation.

But avoiding a contest would mean identifying a consensus figure who would be acceptable to the majority of MPs.

Mr Heappey suggested the alternative to “rowing in behind the Prime Minister and making a success of her Government is to throw ourselves into another period of great rancour” because the idea of a unity candidate is “for the birds”.

He told BBC Radio 4’s Today programme: “The idea that there is somebody who could emerge and behind whom everybody in the parliamentary party and our membership unites, and the country forgets about everything that has happened for the last 15 months or so and we’re just allowed to get on with it, I just don’t think that is the case.”

On Times Radio he admitted that no-one around the Cabinet table thought the mini-budget, which unleashed market turmoil due to its £45 billion of unfunded tax cuts, was a bad idea.

“It’d be completely disingenuous to claim that, on that morning, when the Cabinet was presented with the mini-budget, that there was anybody sat around the table who said that it was a bad idea,” he said.

“Each and every one of the measures within it were coherent with a desire to drive growth.”

In a BBC interview on Monday night, the PM admitted to and apologised for the “mistakes” over the mini-budget.

She said she has “adjusted what we’re doing” after the Government’s fiscal policies spooked the markets, putting in place a new Chancellor with a fresh strategy to “restore economic stability”.

“I do think it is the mark of an honest politician who does say, yes, I’ve made a mistake,” she said.

She said she wanted to “accept responsibility and say sorry for the mistakes that have been made”.

“I wanted to act… to help people with their energy bills, to deal with the issue of high taxes, but we went too far and too fast. I’ve acknowledged that,” she said.

She said she is “sticking around” because she was “elected to deliver for this country”, adding: “I will lead the Conservatives into the next general election.

“I will stay in the job to deliver for the national interest.”

Under current party rules Ms Truss is protected from a leadership challenge for 12 months, but that could change if enough Tory MPs demand it.

Five Tory MPs have openly called for her to go, but behind the scenes many more have doubts about her ability to turn the situation around with Labour enjoying substantial opinion poll leads.

Shadow chancellor Rachel Reeves said the UK is a “global laughing stock” and the nation has “lost its way” under Ms Truss.

She told BBC Breakfast: “It is not enough just to get through – we should be thriving and leading the world as a country.”

On Monday, Mr Hunt reversed almost all of the tax cuts his predecessor, Kwasi Kwarteng, announced in September’s mini-budget in an attempt to reassure the markets that the Government will take a responsible approach to the public finances.

He put MPs on notice that there will be decisions of “eye-watering difficulty” to come on tax and spending.