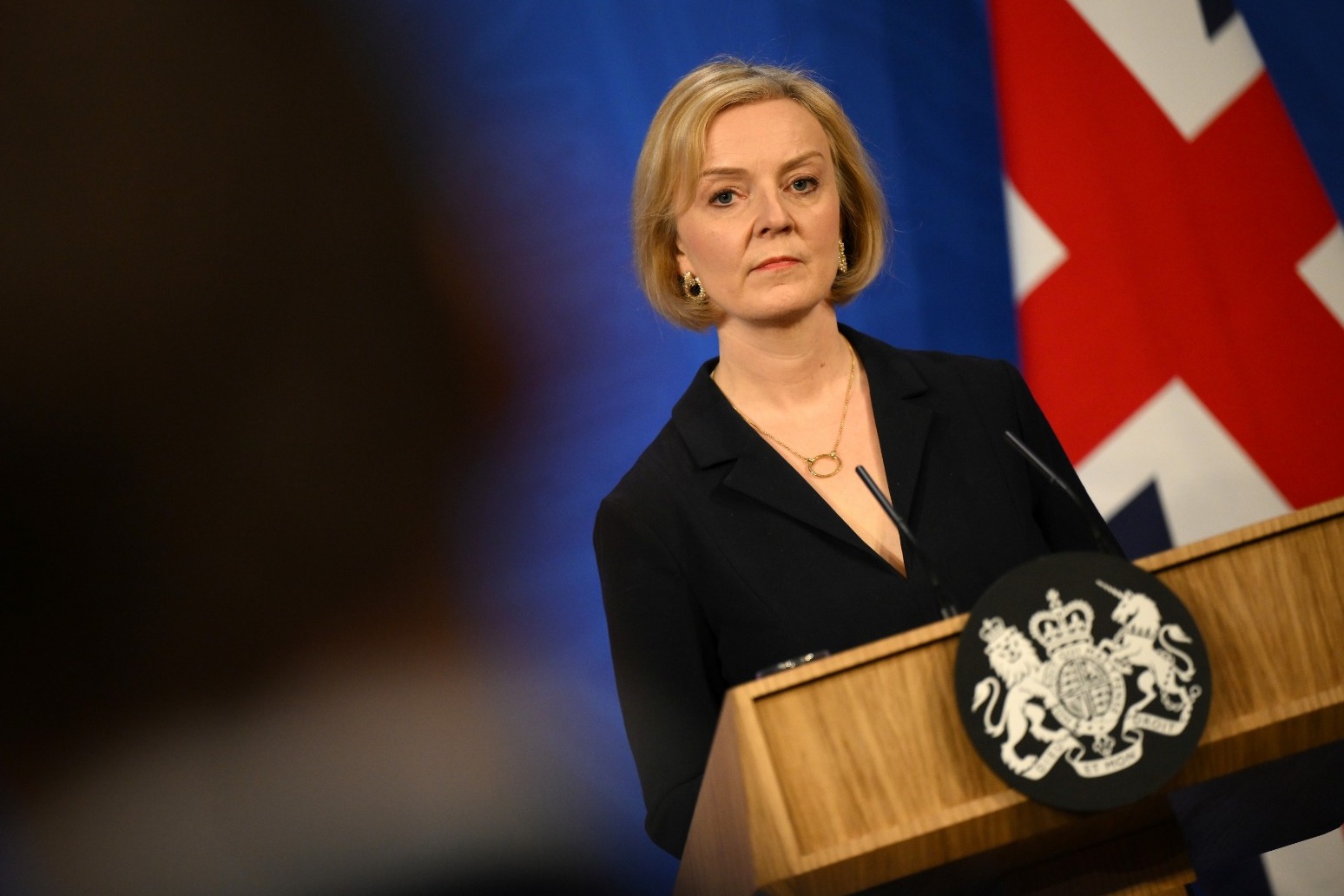 But will Ms Truss be able to survive once Trussonomics is consigned to the scrapheap?

– What has been announced so far?

The plan to scrap the 45p top rate of income tax was the first of the measures announced in Kwasi Kwarteng’s mini-budget on September 23 to bite the dust, the humiliating about-face overshadowing Ms Truss’s first Tory conference as party leader. The measure would have cost just over £2 billion a year in 2026-27.

On Friday last week the Prime Minister reversed a decision to scrap a planned rise in corporation tax, reinstating the measure which will see it increase from 19% to 25%, a tax increase set to raise almost £19 billion in 2026-27.

– What else could be ditched?

The overall package of unfunded tax cuts announced in Mr Kwarteng’s ill-fated statement amounted to almost £45 billion, so there are still plenty of measures that Mr Hunt could decide to abandon.

Reducing the basic rate of income tax from 20% to 19% in April next year had been forecast to cost the Exchequer almost £5.3 billion in 2023-24, although Treasury estimates suggest it would actually raise £45 million by 2026-27.

Reversing the cuts to stamp duty announced by Mr Kwarteng could result in an extra £1.66 billion in 2026-27.

Scrapping the plans for new VAT-free shopping for international tourists could add an extra £2 billion to Treasury coffers in 2026-27, while dropping the planned changes to IR35 rules for freelance workers could also generate around £2 billion.

– What about national insurance?

It was a totemic pledge in Ms Truss’s leadership campaign and legislation to repeal the increase has almost completed its passage through Parliament, factors which could make it difficult for Mr Hunt to change course.

– What about public spending?

The last time Ms Truss appeared in the Commons, at Prime Minister’s Questions on October 12, she said she was “absolutely” not planning spending cuts.

But Mr Hunt has warned that “very difficult decisions” will be needed on both spending and tax. Spending is “not going to increase by as much as people hoped” and all departments will have to find “efficiencies”, the Chancellor has said.

– What’s the scale of the problem?

One of the reasons the financial markets were so spooked by the Government’s initial plans was because the gamble to boost growth relied on adding billions more borrowing to a national credit card already maxed out by the emergency responses to Covid-19 and the energy crisis.

The Institute for Fiscal Studies had estimated that tax rises or spending cuts amounting to £62 billion would be needed in 2026–27 to stabilise debt as a share of national income – a sign that the Government is getting the public finances under control.

For a Tory leader elected on promises to cut taxes in order to boost growth, the abandonment of Trussonomics means her position is now in severe jeopardy.

She has effectively handed control of economic policy to Mr Hunt and her political credibility has been shredded.

But the lack of Tory appetite for a fresh leadership contest, and the difficulties in finding a unifying figure to replace her without a vote, may mean she limps on despite any real support – for now, at least.