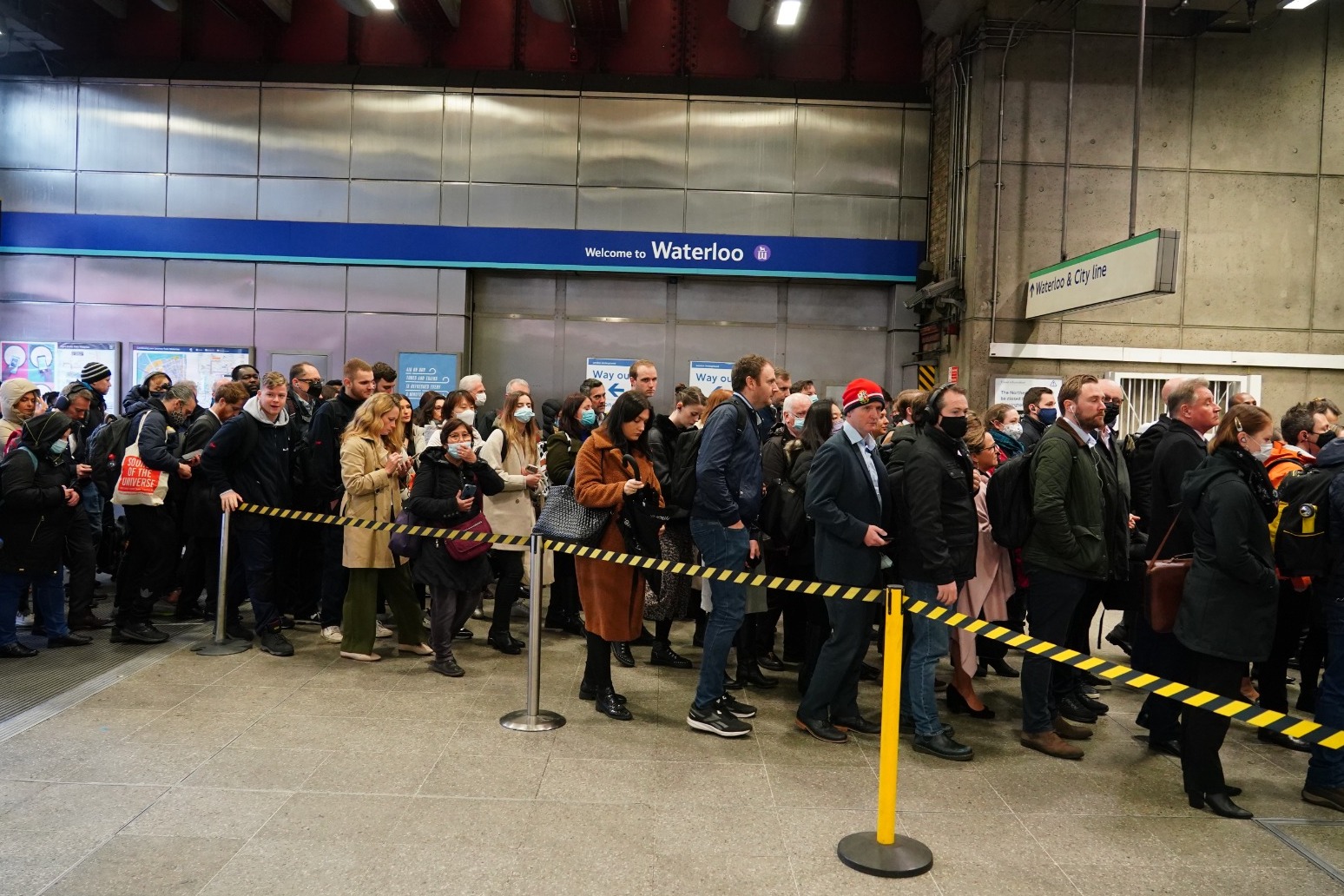 London Underground services continued to be disrupted on Wednesday, after a strike by thousands of workers crippled the Tube on Tuesday.

Members of the Rail, Maritime and Transport union (RMT) are taking industrial action in a bitter dispute over jobs, pensions and conditions.

The Tube was suspended during Tuesday’s rush hour, with only a few services running later in the day.

Transport for London had warned that disruption would continue into Wednesday, with no Tubes until at least 7.30am and a severely disrupted service until later in the morning.

TfL said customers should avoid travelling in the early morning and try to make their journeys later in the day.

Further disruption is expected all day on Thursday during another strike, with customers advised to work from home if they can, and into Friday morning.

Some Tube stations were closed on Wednesday and commuters faced another miserable journey to work.