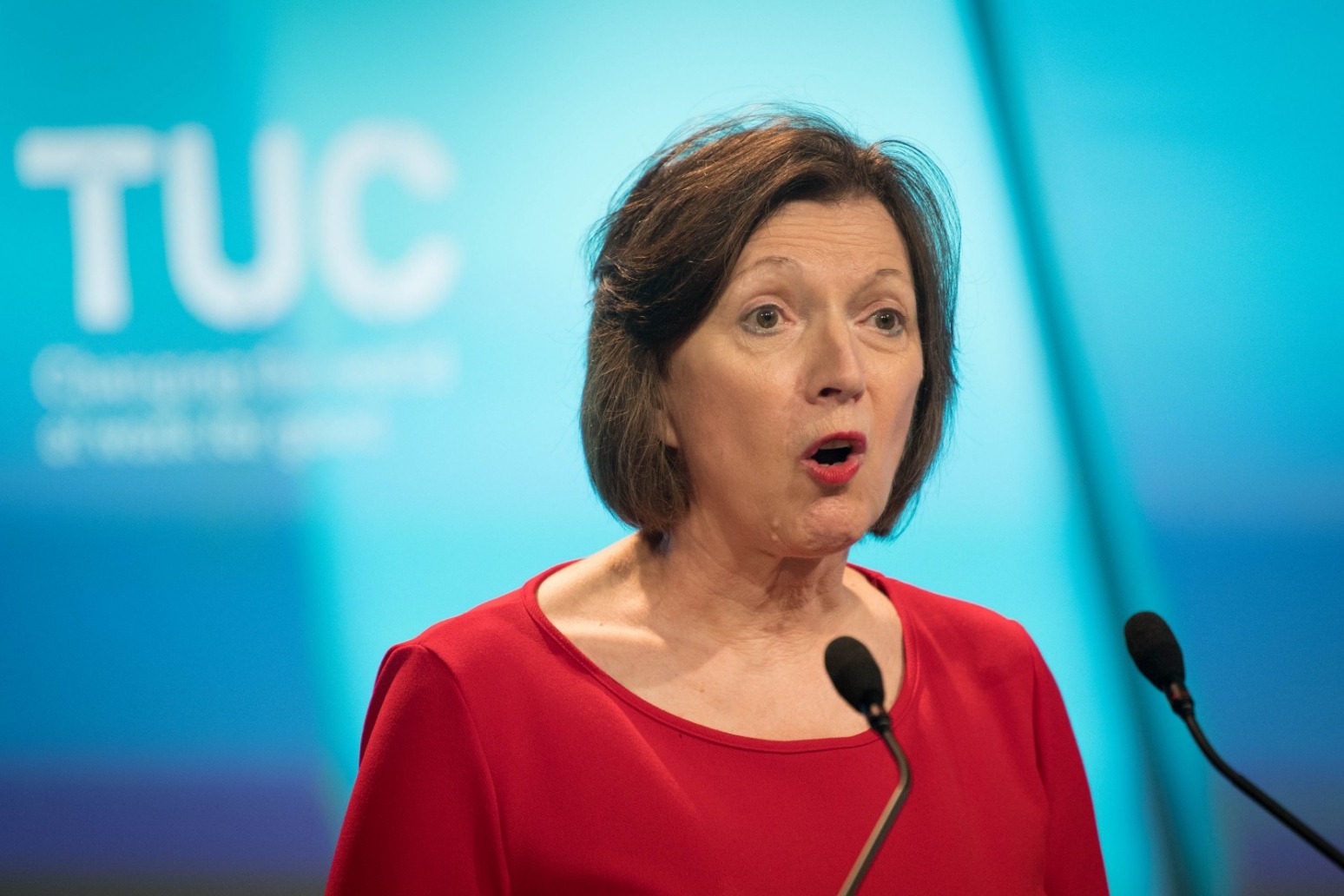 The leader of the TUC has warned the new Prime Minister she will face huge resistance if she attempts to weaken workers’ rights.

General secretary Frances O’Grady said the union organisation is prepared to take the Government to court if Liz Truss makes any move to make it more difficult to strike or changes legislation on working hours, sick pay or health and safety issues.

She told the PA news agency that the TUC is “prepared to throw the kitchen sink” at protecting employment rights and has already taken legal advice.

In an interview ahead of next week’s TUC Congress, Ms O’Grady urged Ms Truss not to be a “P&O prime minister”, in reference to the outrage over the sacking of 800 seafarers without notice and consultation.

Unions are gearing up for early clashes with the new Conservative Party leader after it was reported that she will review all rights which derive from EU law.

Her pledge to crack down on strikes has already been widely condemned by unions, including those currently embroiled in industrial disputes over pay, jobs and conditions.

Ms O’Grady said: “You can’t grow the economy by slashing workers’ rights, and it’s telling that no serious business leader is clamouring to go down that path.

“If this Government rips up workers’ rights it will giving a green light to P&O-style rogue employers to skimp on pay and drive down workplace conditions in every corner of the country.

“Introducing the Trade Union Act, slashing unfair dismissal rights, and cutting corporate taxes left us with longest pay squeeze for 200 years and forecasts of a recession that is set to last all next year.”

Ms O’Grady said the lengthy Tory leadership contest had been a “terrible distraction” from the cost-of-living crisis and admits she does not have much confidence that the new Prime Minister will deliver improvements for workers.

She appealed for unions to be given a voice in the battle to grow the economy, saying they have put forward a raft of ideas to make working life better.

Ms O’Grady pointed to the TUC’s recent analysis which suggested that insecure work is costing the economy £10 billion a year in lost tax revenues and increased social security payments.

The TUC said a new survey of more than 3,000 adults showed support for stronger workers’ rights, with the overwhelming majority of the public – including a majority of those who say they will vote Conservative at the next election – wanting to see rights in the workplace bolstered.

Three in four respondents said they supported ending “fire and rehire” – the practice where employers threaten to sack workers unless they accept new contracts with worse terms and conditions – and a similar number wanted zero-hours contracts banned.

The TUC said its polling shows stronger workers’ rights is a “vote winner”, while ripping up labour laws is a “vote loser” – as well as a way to drive down living standards across the country.

The conference, in Brighton, will be the last one before Ms O’Grady steps down as TUC general secretary in the new year, to be replaced by current deputy Paul Nowak.

Labour leader Sir Keir Starmer will address the conference, and there will be calls during the week to co-ordinate the wave of strikes raging across the UK.

The Institution of Occupational Safety and Health (IOSH) has written to the new Prime Minister highlighting areas for action it says are needed to support workers.

Referring to “an increasingly uncertain labour market”, IOSH chief executive Vanessa Harwood-Whitcher said the Government’s focus should not be on compromising health and safety standards but on reinforcing them.

She said: “In recent years, we have seen employment and health and safety issues stagnate, when we should be valuing and investing in our workers.”