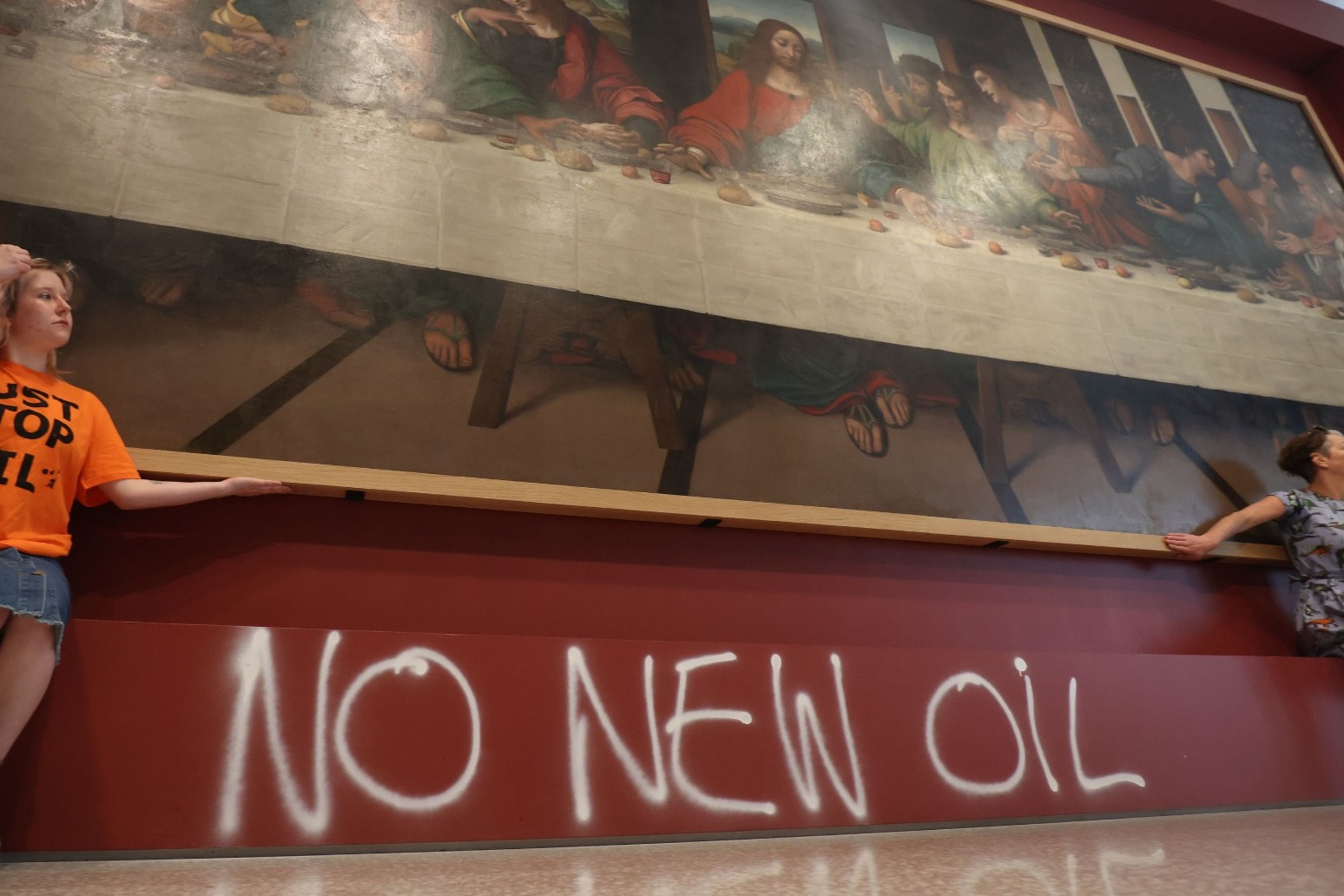 At least 20 people have been arrested after demonstrators damaged fuel pumps and glued themselves to forecourts at service stations on the M25 on Wednesday morning.

The climate group said 32 of its supporters blocked access to fuel pumps by sitting in the road with banners at around 5am.

Some also sabotaged petrol pumps by breaking display glass and covering them with spray paint.

Thirteen people have been arrested at the services, and officers are continuing to remove protesters from the westbound petrol station.

A further seven arrests were made at Cobham.

All protesters have been removed from the site and fuel is available from some pumps.

Surrey Police said earlier it was “working as quickly as we can to remove the protesters”.

Sophie Sharples, a 22-year-old student from Brighton, who is taking part in the blockades, claimed ending fossil fuel consumption is this generation’s “mission”.

She went on: “We have such a short window of time to act to avoid the complete destruction of all we know and love.

“For all life, and for the love of humanity, I have to do everything I can, and with my privilege I am able to face arrest, so I will.”

The group warned it will “continue the disruption until the Government makes a statement that it will end new oil and gas projects in the UK”.