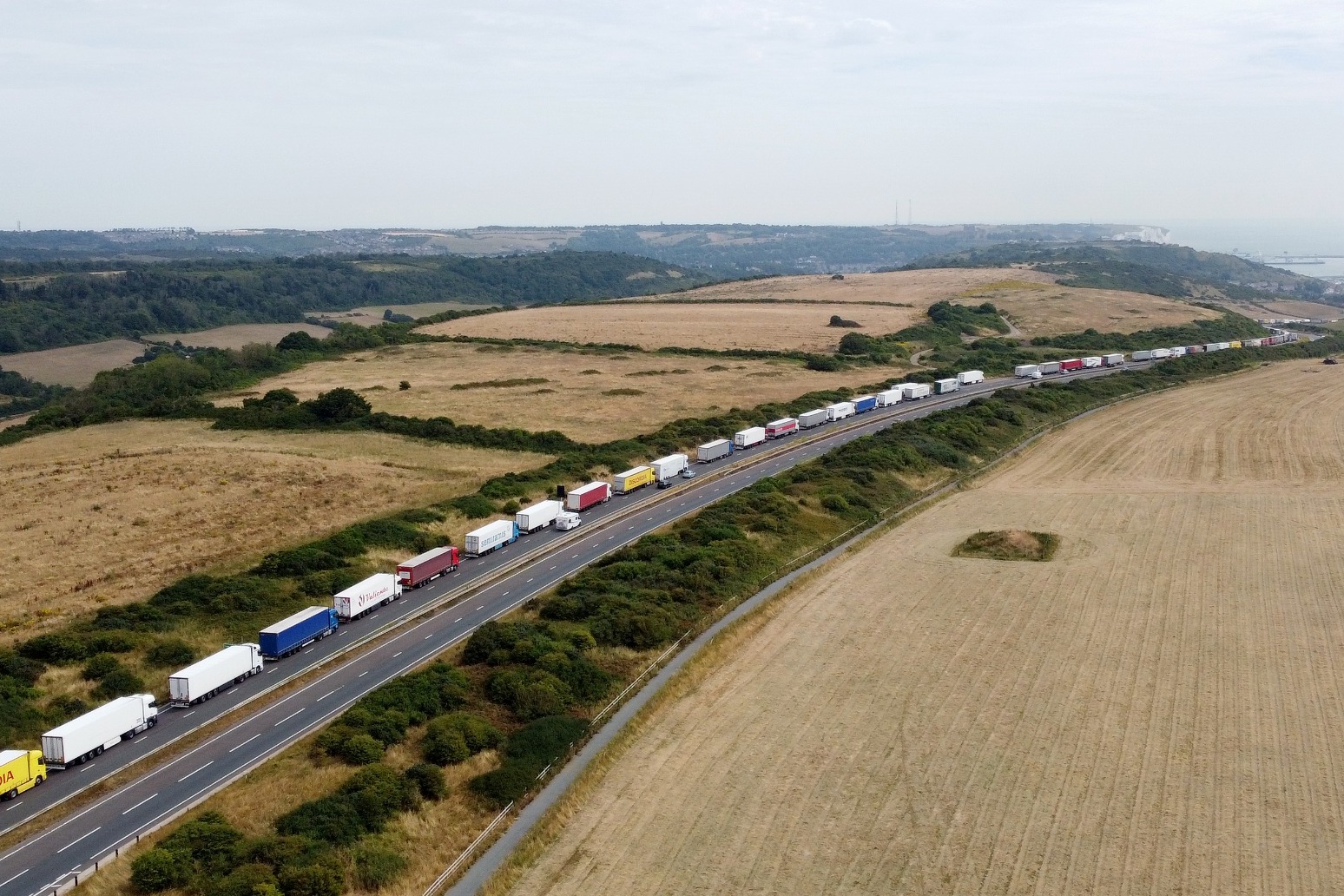 Holidaymakers faced two-hour queues at the Port of Dover on Thursday amid warnings that this weekend will be “extremely busy”.

Ferry operator DFDS urged passengers to “allow 120 minutes to complete the check-in process and border controls” at the Kent port.

Demand for cross-Channel sailings is expected to surge in the coming days, leading to fears of more disruption.

Tens of thousands of families saw the start of their summer holidays ruined last weekend as the roads approaching Dover were gridlocked, leading to delays of several hours.

This was blamed on a shortage of French border officers and a serious crash on the M20.

Port of Dover chief executive Doug Bannister said the way the system was “back to normal by Sunday morning” once French border controls were fully staffed showed “our collective summer plan works”.

He went on: “We, in turn, together with our ferry operators and port traffic management teams, will be equally ensuring that we are fully resourced once again to provide the best overall experience for customers and to keep Kent’s roads flowing and our community open.

“I am extremely grateful to French border colleagues for their commitment this coming weekend and the fundamental difference this should now make to customers, ferry operators, Kent partners and our community.”

National Highways, which manages England’s motorways and major A roads, said: “Drivers travelling in and around Kent are advised to plan ahead as this weekend is likely to be extremely busy.

“Operation Brock contraflow remains in place on the M20 and is part of a series of measures to improve Kent’s resilience and ensure the smooth flow of traffic through the region in the event of disruption to services across the English Channel.”

People driving to Dover are advised to leave extra time for their journeys and ensure they have enough food and water.

Earlier this month, the port advised passengers to expect average wait times of 60-90 minutes at French border controls during peak periods because UK tourists are “subject to enhanced checks” due to Brexit.

Meanwhile the AA issued an “amber traffic warning” with congestion expected to peak between 11am and 3pm on Friday and Saturday.

This is due to a combination of rail strikes, the start of the Football League season in England, the opening of the Commonwealth Games in Birmingham and the first school summer holiday switchover days for holiday lets.

Roads approaching Dover and the Eurotunnel terminal at Folkestone are expected to be busy, as well as those serving Devon and Cornwall, such as the M5, A303 and A30.

The south-west and western sections of the M25, the Bristol M4/M5 junction, and the M6, M42, M1 and M62 are also vulnerable to jams this weekend.

Jack Cousens, head of roads policy for the AA, said: “With holiday let switchover day starting on Friday mixed with train strikes and a huge weekend of sport, we are concerned that drivers will experience delays across the network with the south of England particularly vulnerable.

“All eyes will be on Dover and Folkestone, but we believe changes have been made throughout the week and we will keep our fingers crossed for a smoother trip across the Channel.

“Breakdowns can make jams worse and last weekend we saw a rise in breakdowns where vehicle checks had not been carried out before setting off.

“Spending 10 minutes checking tyres and fluid levels before setting off can make a big difference in helping people getting to their destination.”

RAC traffic spokesman Rod Dennis said: “Analysis of Inrix traffic data shows that long delays are expected on Friday, Saturday and Sunday on the M25 between Bromley and the Dartford Crossing, as well as on the A303 westbound towards Devon.

“Over the weekend, the M5 southbound near Bristol and M25 clockwise between the junctions for the M23 and M40 motorways are also likely to see some lengthy queues.

“Drivers using these routes, as well as those through Kent that may be affected by traffic destined for the port at Dover, should prepare for a longer trip and not rely on the first estimated time of arrival given by their sat-navs.

“Setting off early in the morning is the best way of avoiding the traffic.”