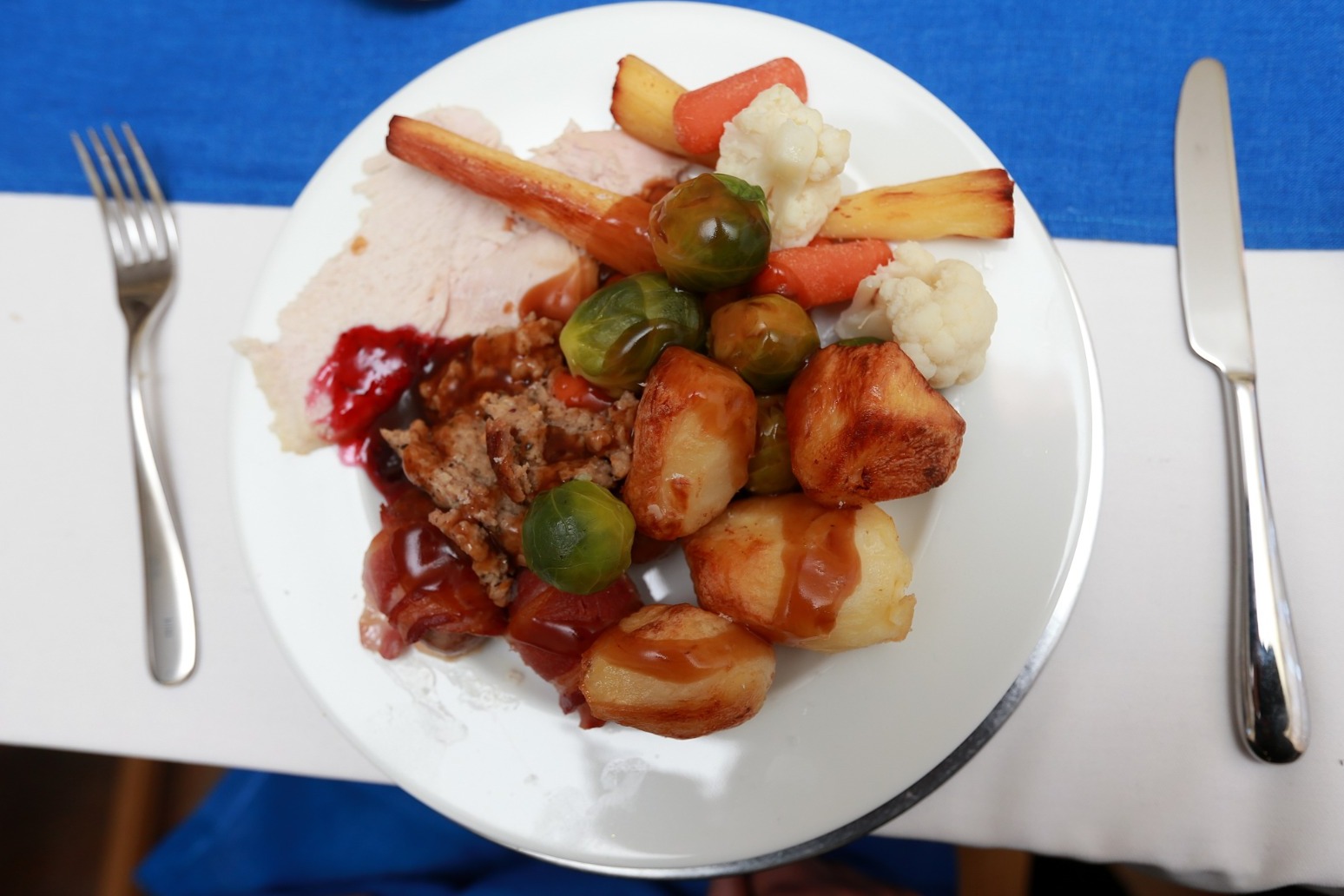 Two-thirds of adults are worried about being able to afford Christmas dinner, research suggests.

People are planning to use items from food banks for their festive meal, according to a survey for the Salvation Army.

The charity said the findings are a “red flag” as poverty creeps further into communities.

The survey of 2,149 UK adults on October 22 by Savanta Comres found that 67% of respondents are worried about affording Christmas dinner this year.

This is based on calculating the cost of Christmas dinner at £7.50 per head based on food inflation, although costs have risen since the survey was carried out.

Some 16% expect to use a food bank to get items for their meal, while 38% are likely to skip meals if they have an unexpected expense such as a broken boiler.

The poll also found that 14% of respondents cannot afford to buy their children a present, and almost a fifth (18%) expect to spend time over Christmas in a building that is free to visit so they can keep warm.

John, a 64-year-old grandfather from Middlesbrough who does voluntary work, said: “I usually go to relatives for Christmas dinner, but they can’t afford to have me this year so I will stay at home.

“I am going to treat it like a normal day and have sandwiches for lunch as I’m worried it will cost too much to buy the food and cook it. It is going to be a terrible Christmas for me.”

The Salvation Army’s Lieutenant-Colonel Dean Pallant said: “Christmas should be the season of joy, not sorrow.

“If so many people are worried they can’t even afford one of the most important meals of the year, it’s a red flag that poverty is creeping further into our communities.”

Lt-Col Pallant said measures announced in the autumn statement show the Government is trying to help, but “its ability to stop the creep of poverty has been dangerously reduced due to rising inflation and the overall bleak economic outlook”.

He continued: “We expect this Christmas to be one of our busiest ever and are providing as many emergency food parcels as possible for those in urgent need and Christmas dinner for isolated older people.

“And our Present Appeal is giving gifts to children who would otherwise have nothing to open on Christmas Day.

“We also offer a warm space in many of our buildings to people who can’t afford to heat their homes and will support rough sleepers so they aren’t forced to spend a cold Christmas on the streets.”

A Government spokeswoman said: “We recognise people are struggling with rising prices which is why we’re protecting millions of the most vulnerable households through our £37 billion package of support, including at least £1,200 of direct payments and saving households an average of £900 on their energy bills this winter, in addition to £150 of extra support for disabled people and £300 per household for pensioners.

“Vulnerable families in England are being supported by the Government’s Household Support Fund – which was boosted by £500 million – to help pay for essentials.”