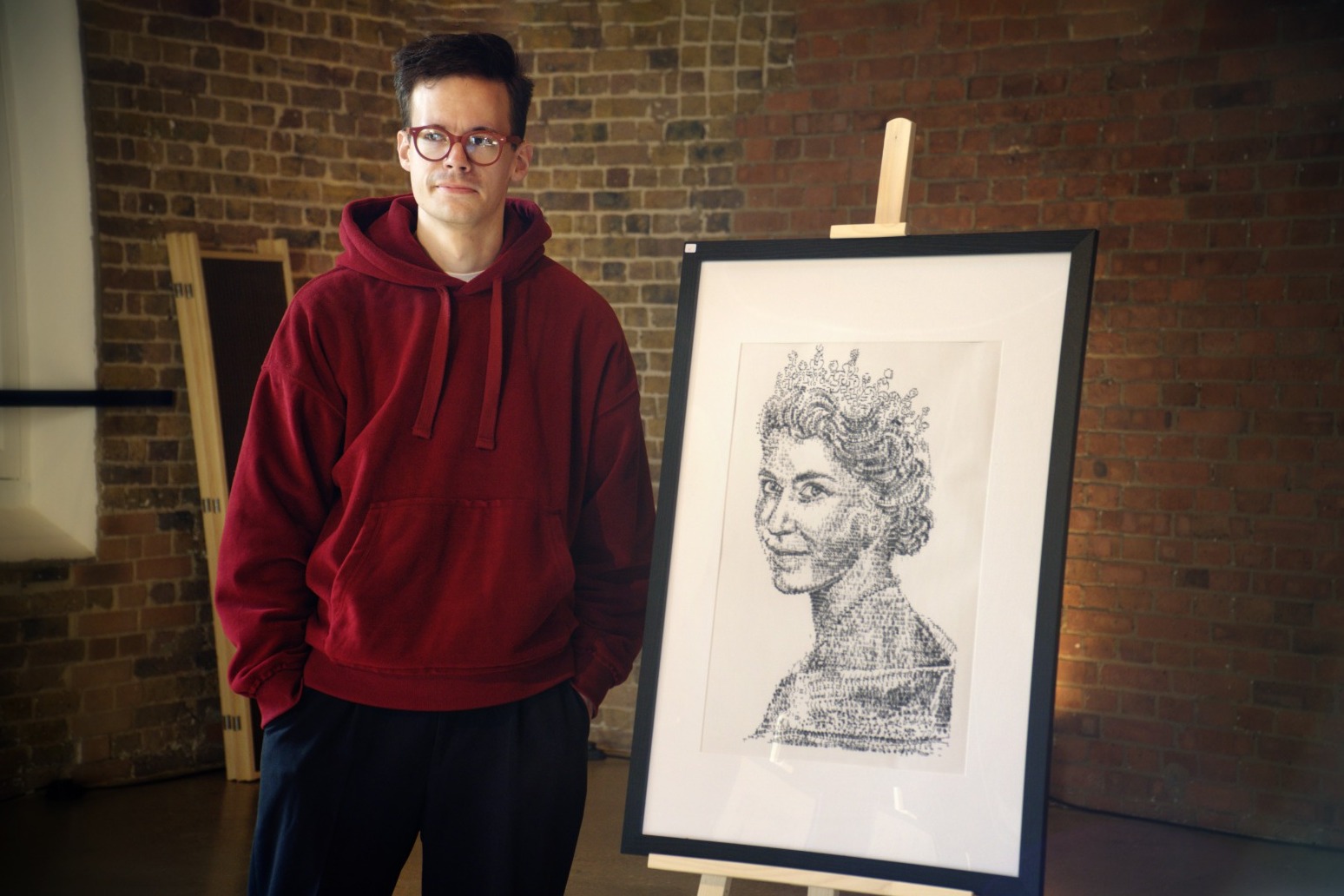 A typewriter artist has set his sights on a new Guinness World Record with a two-metre drawing of the London skyline as he hopes to encourage others to give the machine “a second life”.

James Cook, 25, from Braintree, Essex, hopes to achieve the Guinness World Record for the largest drawing made using a typewriter – a record which is the first of its kind and one he made a custom application for.

The piece, which was completed by June 17, took roughly two months – which equates to about 300 hours – of typing.

Mr Cook told the PA news agency that the Guinness World Record attempt came about through a commission for a couple who wanted him to complete a panoramic drawing of the London skyline.

“If I’m going to do something this scale, then it makes sense to try and see if there’s a record that stands currently for something as left-wing and niche as typewriter art.”

He submitted a custom application to Guinness World Records (GWR) on May 12 and was given a pending date on attempted verification of August 10.

Mr Cook said he searched largest typewriter drawing and “nothing came up”, so he submitted an application on the GWR website, where he suggested the record title of ‘largest drawing made using a typewriter’ and included details of what the art would look like, how long it would take to make and some background on his typewriting credentials.

“I’m coming to them with something that has probably never been adjudicated before and they will probably want to visit in person to determine if it can get that record,” he added.

He said there have been some logistical issues along the way because of the image’s size.

“I’ve had to hire a van to actually go and pick the drawing up from the framers who are framing it, as it won’t fit in an ordinary car,” he said.

“We don’t even know yet if it will go in the lift to give to the customer who lives on the 27th storey of an apartment.”

Mr Cook added that his work contains half a million typewritten marks, which people enjoy playing puzzle Where’s Wally with.

“People enjoy almost playing Where’s Wally with the typed artwork, spending a good five to 10 minutes just kind of looking for every possible piece of information they can find in the art and that’s quite a rare thing to find in contemporary art,” he said.

He said that he downloaded a sound recording app to find out how many type marks were made, which “worked up until 175,000 marks, the app crashed on me and timed out”.

He has encouraged budding typewriter artists to “speak to grandparents,” who may possibly have a typewriter laying around.

“The odds are that if they have a typewriter, it’s just sitting around collecting dust and you can give it a second life,” he added.

Mr Cook will be showing off his Guinness World Record attempt at his exhibit from July 15 to August 7 at two venues – the Wonky Wheel Gallery in Finchingfield and The Moot Hall in Maldon, both in Essex.