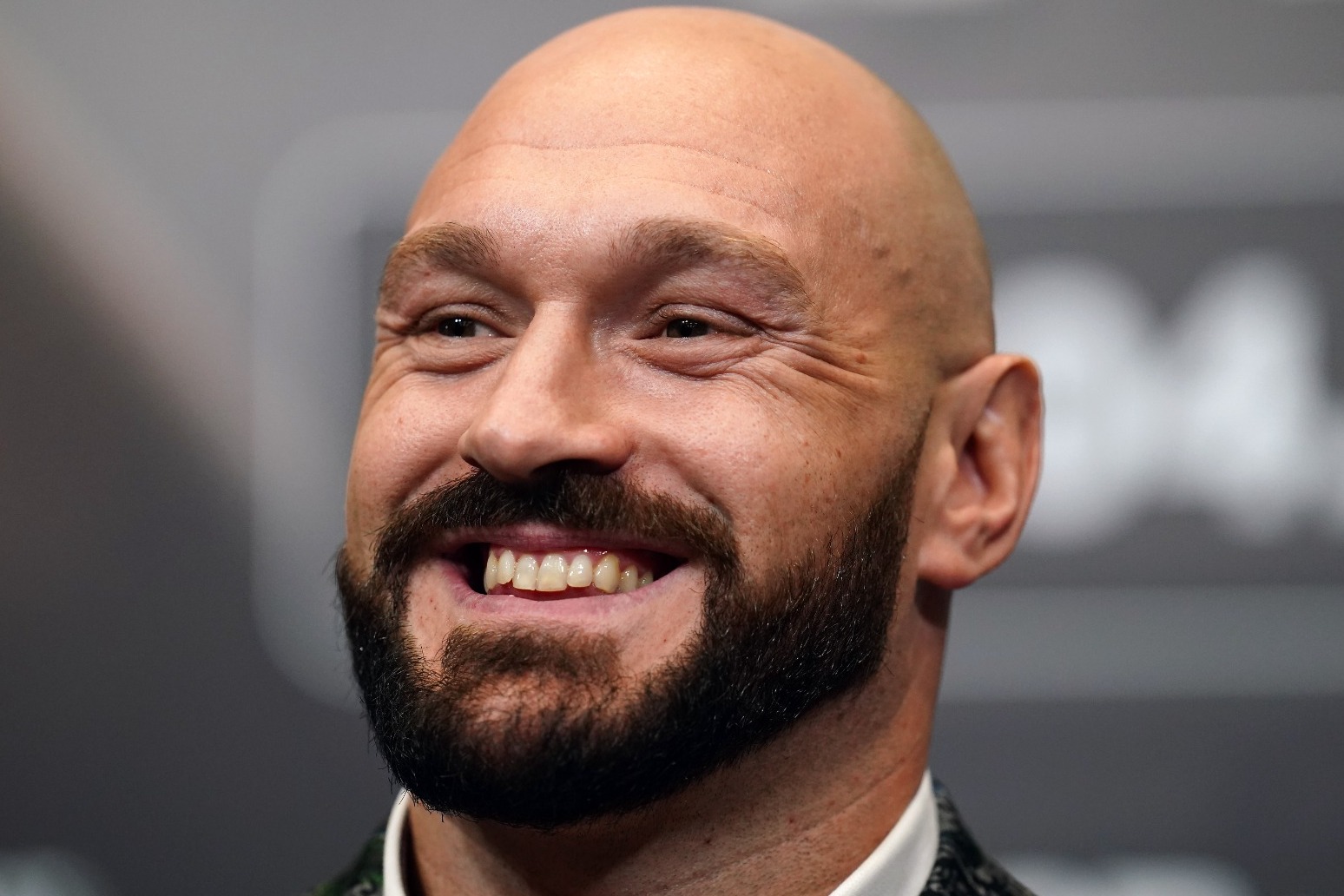 Tyson Fury has opened up on his retirement plans and claimed he already has more money than he will ever need.

Britain’s heavyweight world champion, 33, said last week he will call it a day after the defence of his WBC title against Dillian Whyte in April.

There are other potential fights out there for Fury, including an undisputed clash with Oleksandr Usyk should Whyte be overcome or an all-British clash against Anthony Joshua, with the 2012 Olympic champion expected to first face the Ukrainian in a rematch for the WBA, WBO, IBF and IBO belts.

But with an undefeated record containing 31 wins and a single draw against Deontay Wilder, Fury insists he has little motivation to go on past April 23.

“The only thing I can gain is money,” Fury told BT Sport. “So after this fight I’ll have earned over £100million. If I can spend that, I don’t deserve any more, do I?

“I know Mike Tyson spent half a billion and Evander Holyfield 400million and all the rest, but I don’t live their big flash lifestyles.

“I live in Morecambe, in Lancashire. It’s cheap there. I don’t have any big habits like I’m gambling tons of money away. I don’t do anything. I can never spend the money I’ve got.

“I’ve got stuff I want to do, a lot of opportunities that don’t involve me getting brain damage. I’ve got six kids and a wife. When is enough enough?

“Why do I have to be one of those people who went on too long and got injured? Just had one too many fights and blew it all for what? A few more quid?

“I want to retire on top, unbeaten heavyweight champion of the world. I want to do a Netflix documentary, a Hollywood movie, and be a good husband, father and son.

“Most of all I just want to be happy, and that’s probably the hardest thing.”