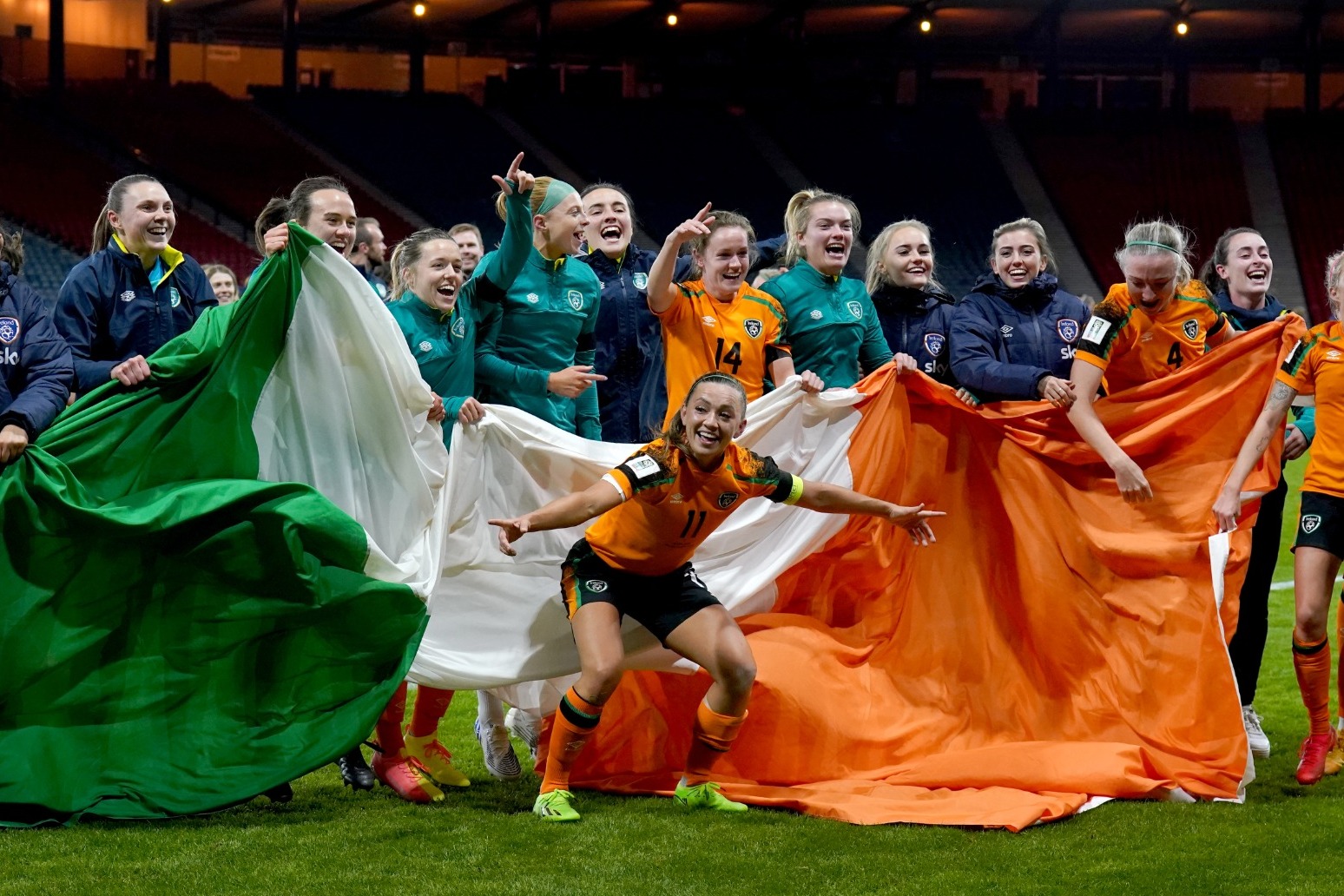 UEFA has opened an investigation after Republic of Ireland players appeared to sing a pro-IRA chant following their Women’s World Cup play-off victory over Scotland.

Video footage circulated on social media after Tuesday night’s 1-0 victory at Hampden Park of the players singing the chant in the dressing room.

Republic boss Vera Pauw and the Football Association of Ireland issued apologies over the incident, but European football’s governing body has confirmed it will take a closer look at it.

“In accordance with Article 31(4) of the UEFA disciplinary regulations, a UEFA ethics and disciplinary inspector will investigate potential inappropriate behaviour by players of the Republic of Ireland Women’s team in the aftermath of the 2023 FIFA Women’s World Cup qualifiers play-off second leg match played against Scotland on October 11, 2022,” a UEFA statement read.

“Information on this matter will be made available in due course.”

Pauw said on Wednesday: “We apologise from the bottom of our hearts to anyone who has been offended by the content of the post-match celebrations after we had just qualified for the World Cup.

“We will review this with the players and remind them of their responsibilities in this regard. I have spoken with players this morning and we are sorry collectively for any hurt caused, there can be no excuse for that.”

Amber Barrett’s 72nd-minute goal proved enough to seal the Republic’s qualification for next year’s tournament in Australia and New Zealand.

The FAI released a further statement on Thursday acknowledging the opening of an investigation by UEFA, and adding: “The FAI again apologises for any offence caused and we will continue to review this situation accordingly to ensure that our international players and staff, across all of our teams, are aware of their responsibilities.”