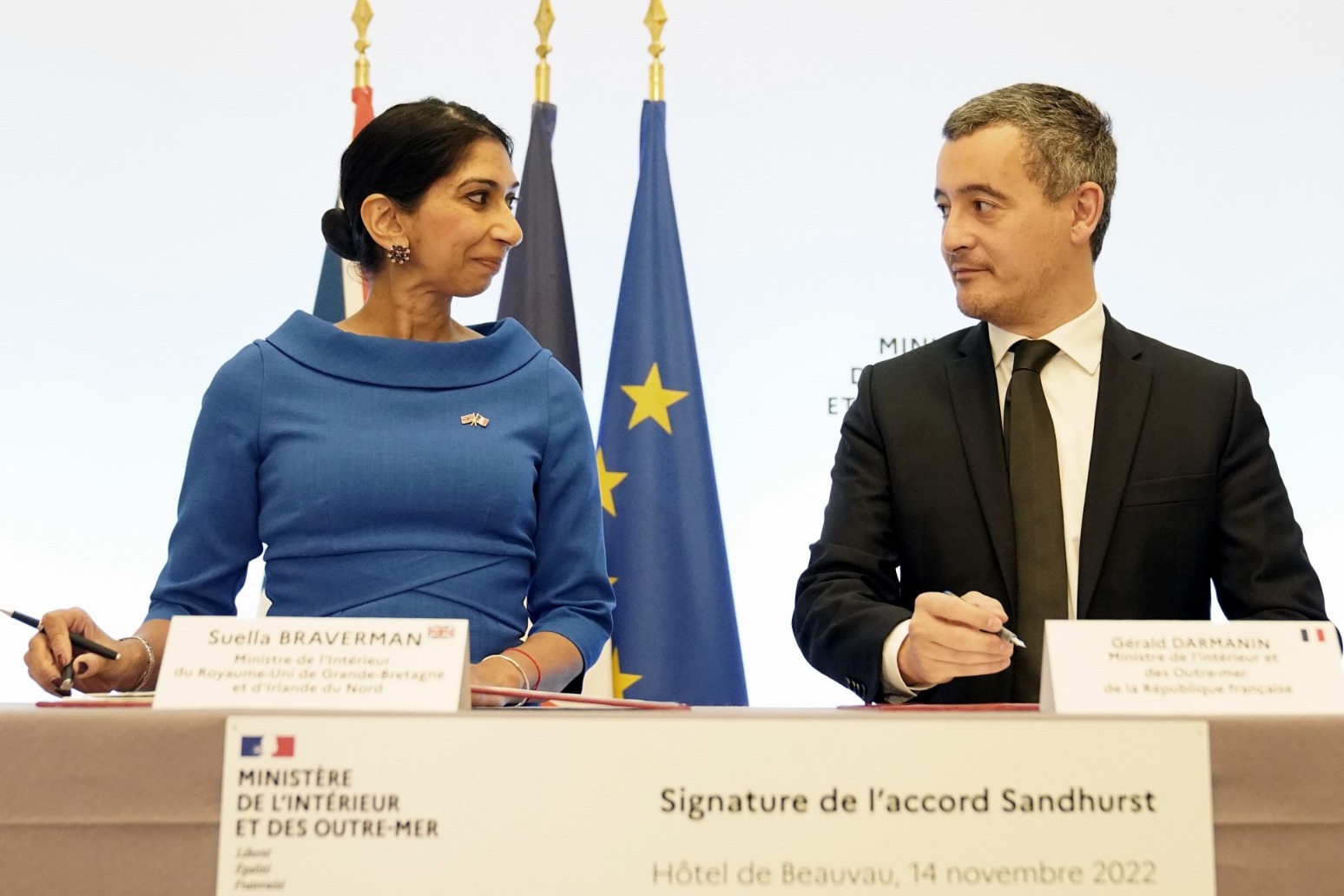 The UK and France have signed an historic deal to tackle the small boats crisis as pressure mounts on the British immigration system, with Channel crossings topping 40,000 so far this year.

It’s aimed at preventing people making the perilous journey to the UK.

Reports have suggested it will involve an increase in annual payments from Britain to France of several million pounds to a figure between £60 million and £70 million.

This will help boost beach patrols, as well as new technology to detect boats before they launch, according to The Times, while British officials are expected to be stationed in French control rooms for the first time.

It comes after Rishi Sunak voiced “renewed confidence and optimism” on the issue at the Cop27 summit in Egypt, as he vowed to “grip this challenge of illegal migration” by working with European nations.

The Financial Times cited French officials as saying the number of officers on patrol would increase from 200 to 300 by the middle of 2023, up from 90 in 2018, with the cost falling on Britain.

The arrivals on Saturday were the first since October 31 when 46 people were detected in one boat.

Immigration minister Robert Jenrick set out several actions the UK plans to take at home to tackle the small boats crisis in an article for the Sunday Telegraph, warning that the idea of “Hotel Britain” must be ended to disincentivise “asylum shopping”.

Migrants are to be housed in “simple, functional” spaces as opposed to “luxury” rooms, he said, claiming the country’s “generosity” towards refugees is being “abused” by people “skipping the queue”.

The Home Office minister also cautioned that Britain’s modern slavery laws must not lead to exploitation by illegitimate claimants.

He also said the Government intends to “bust the backlog of asylum claims” by “cutting red tape” and rolling out a pilot in Leeds that “doubled” the productivity of officials.