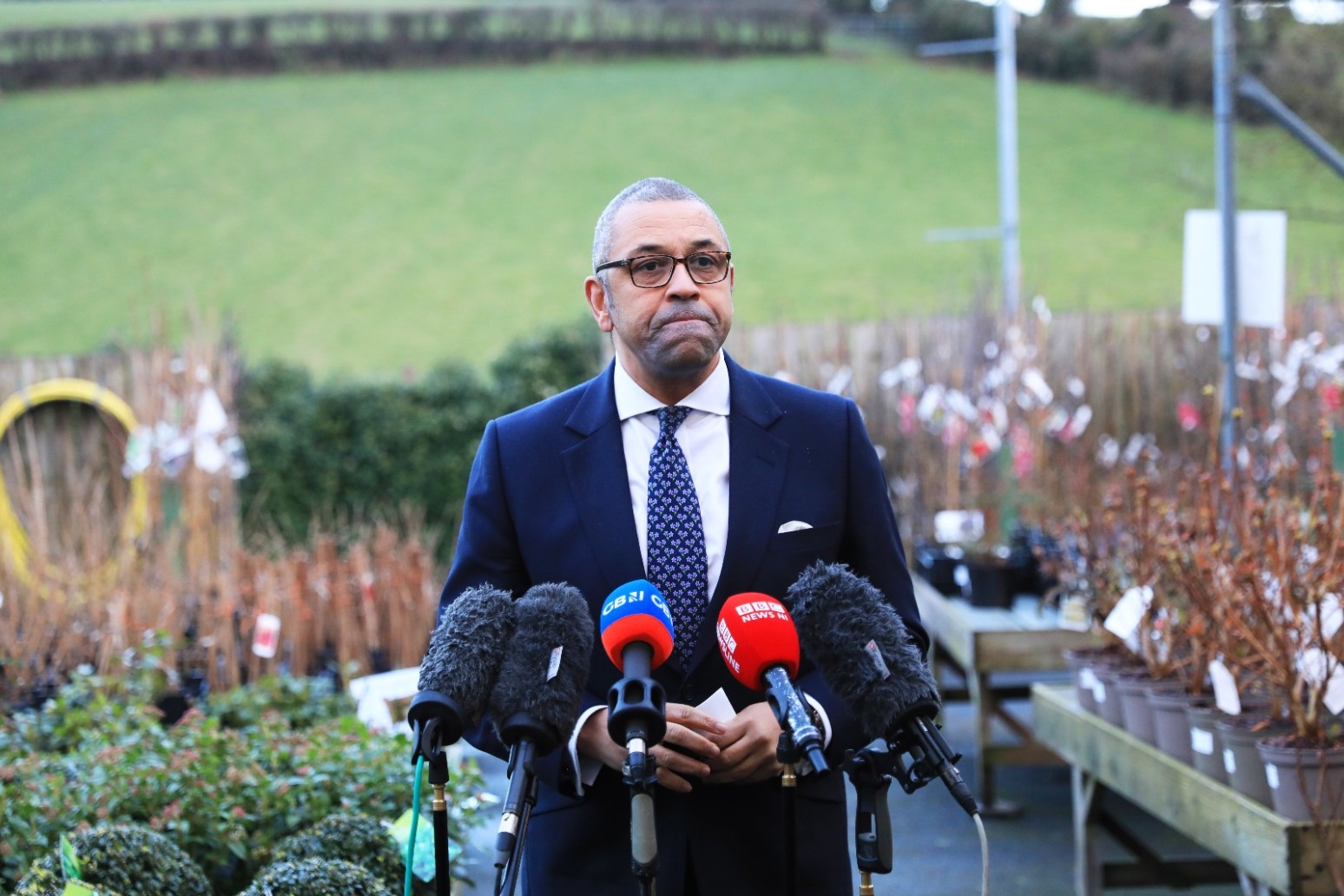 The Foreign Secretary will resume talks with his European Commission counterpart as speculation mounts that London and Brussels could be nearing a breakthrough on the Northern Ireland Protocol.

The Foreign Secretary will resume talks with his European Commission counterpart as speculation mounts that London and Brussels could be nearing a breakthrough on the Northern Ireland Protocol.

James Cleverly will speak to Maros Sefcovic, the commission’s vice-president, on Monday over a proposal to iron out issues with post-Brexit trade arrangements affecting Northern Ireland and Great Britain.

Political expectation about the prospect of an accord has grown, with suggestions that cross-Channel relations have improved since Rishi Sunak became Prime Minister.

The announcement last week that a deal had been reached on sharing real-time data on goods travelling from Great Britain to Northern Ireland was seen as a step towards an overall resolution.

A UK Government source said the negotiations were proving “complex and difficult” but said there was a “desire to work together” to reach an agreement.

Labour said signs of progress were “promising” and urged Mr Sunak to ignore the right wing of his party to secure a protocol pact with Brussels.

Talk of pushing through the Northern Ireland Protocol Bill — heavily criticised by the EU for the way it would unilaterally override parts of the treaty signed by former prime minister Boris Johnson — has grown quieter in recent months.

There has also been a flurry of activity in Northern Ireland, with Mr Cleverly and Labour leader Sir Keir Starmer’s Belfast appearances last week adding to speculation that a protocol announcement is moving nearer.

Irish MEP Barry Andrews told Times Radio on Sunday that there was an “expectation” that a “political declaration” could emerge out of the Cleverly-Sefcovic talks on Monday.

“Not an internationally binding agreement, but a political declaration and framework for the way forward,” said the Fianna Fail politician.

“We had some positive announcements last week… and generally I think there’s been a build-up of trust between the parties.”

“It is the conversations with the commission that will either bring that about or not.

“Nobody should be under any illusions that this is complex and difficult but the desire to work together on a solution seems to be there. ‘

Alongside the UK-EU talks, Labour will send a delegation to Derry to meet business leaders and learn about how the protocol has affected Northern Ireland trade.

Party officials said they were going to “see first-hand how red tape from the Conservatives’ deal and ongoing uncertainty are affecting trade”.

The protocol was agreed to in 2019 by Mr Johnson as a way of breaking the Brexit deadlock.

In order to avoid a hard border in Ireland, it moved customs and food safety checks and processes to the Irish Sea, creating economic and administrative barriers on the movement of goods between Great Britain and Northern Ireland.

The protocol is vehemently opposed by many unionists and the DUP is blocking the functioning of a devolved government in Stormont in protest at the arrangements.

Mr Lammy said: “Recent signs of progress on the protocol are promising – Rishi Sunak must press on and stand up to the ERG hardliners before this window of opportunity closes.

“With a UK government showing determination, diplomatic skill and hard work, and flexibility on both sides, the problems with the protocol are resolvable.

“If the Government can reach a deal that delivers for our national interest and the people of Northern Ireland, the Labour Party stands ready to do what it takes to get it over the line.”