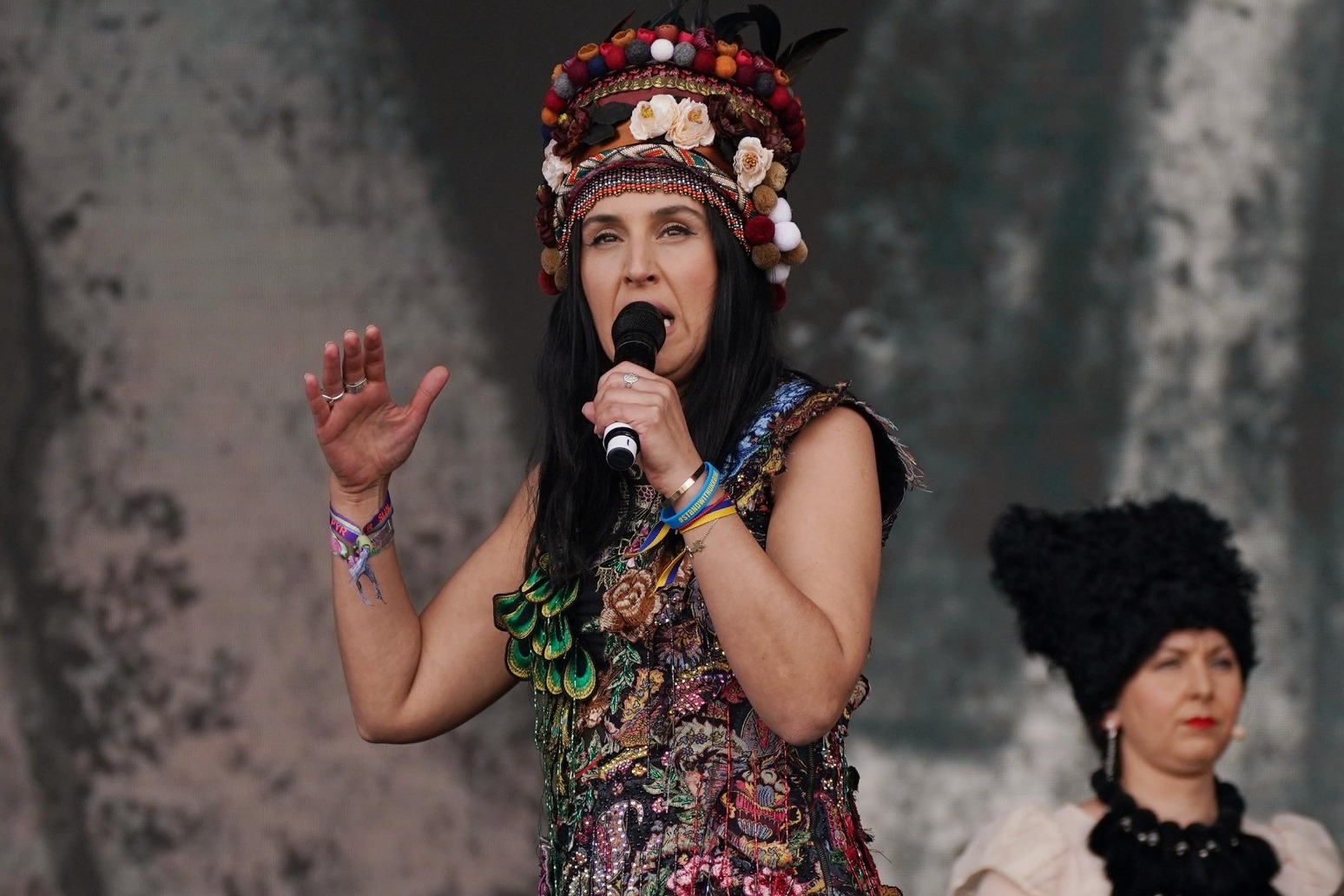 The singer, 38, who won the Eurovision Song Contest in 2016 with her tune 1944, fled Kyiv in March following the Russian invasion.

Ukrainian band Kalush Orchestra went on to win this year’s contest in Turin, but the European Broadcasting Union (EBU) said it was in talks with the BBC to “potentially host” the 2023 event after concluding next year’s contest cannot be held in Ukraine.

“It’s really sad the EBU decided to take away all this chance and all this hope,” Jamala told the PA news agency.

“(But) I really understand that it has to be in a peaceful place for participants and for everybody.

“Great Britain came second in the competition, so if Ukraine is unwilling to host the event for whatever reason, it would be fair to hold it in one of your cities.”

Jamala said she considers the decision on where to host the competition to be “premature”, but added that the EBU’s conclusion is “very painful” as a Ukrainian.

She spoke about her time spent touring Europe to spread the message of anti-war, including an appearance at Glastonbury where she saw what a “treasure” it is to be human.

“It’s the first Glastonbury in my life and I see that freedom,” Jamala said.

“It’s (a) treasure to be human… to be wearing whatever, and just express yourself. You don’t even know how important it is.

“We have a voice, we have strong voices… We have our vision and our followers, we have our fans. And we can really do something to talk about this because we can stop this evil only if we are united, only if we are together.”

Jamala fled her home in the country’s capital shortly after the war began.

“Honestly, it’s really insane… I was never ready to flee my home (but) Kyiv, at 6.20am in the morning actually, was bombed again,” she explained.

“And they can say that it’s quite safe but it’s not like that – the girl died in the morning, a seven (or) eight-year-old and I’m sad.

“It’s really hard to explain in this peaceful place with the music and people enjoying, but during this thing, in the centre of Europe, in front of the whole word to see (is) war.

“It’s scary… What can I do? As much as I can to spread about the war, to sing, to perform, to fundraise money for charity.”

Jamala admitted she might be a “dreamer” but Europe is more united than many think.

“I’m so appreciative, I can’t even explain how important it is for us because the politically issue is really long-term,” she said.

“Sanction is good but people need help right now, right in this moment.

“And I know that the British open their houses to invite refugees, they collect money for medicine and so on… We are all connected.”