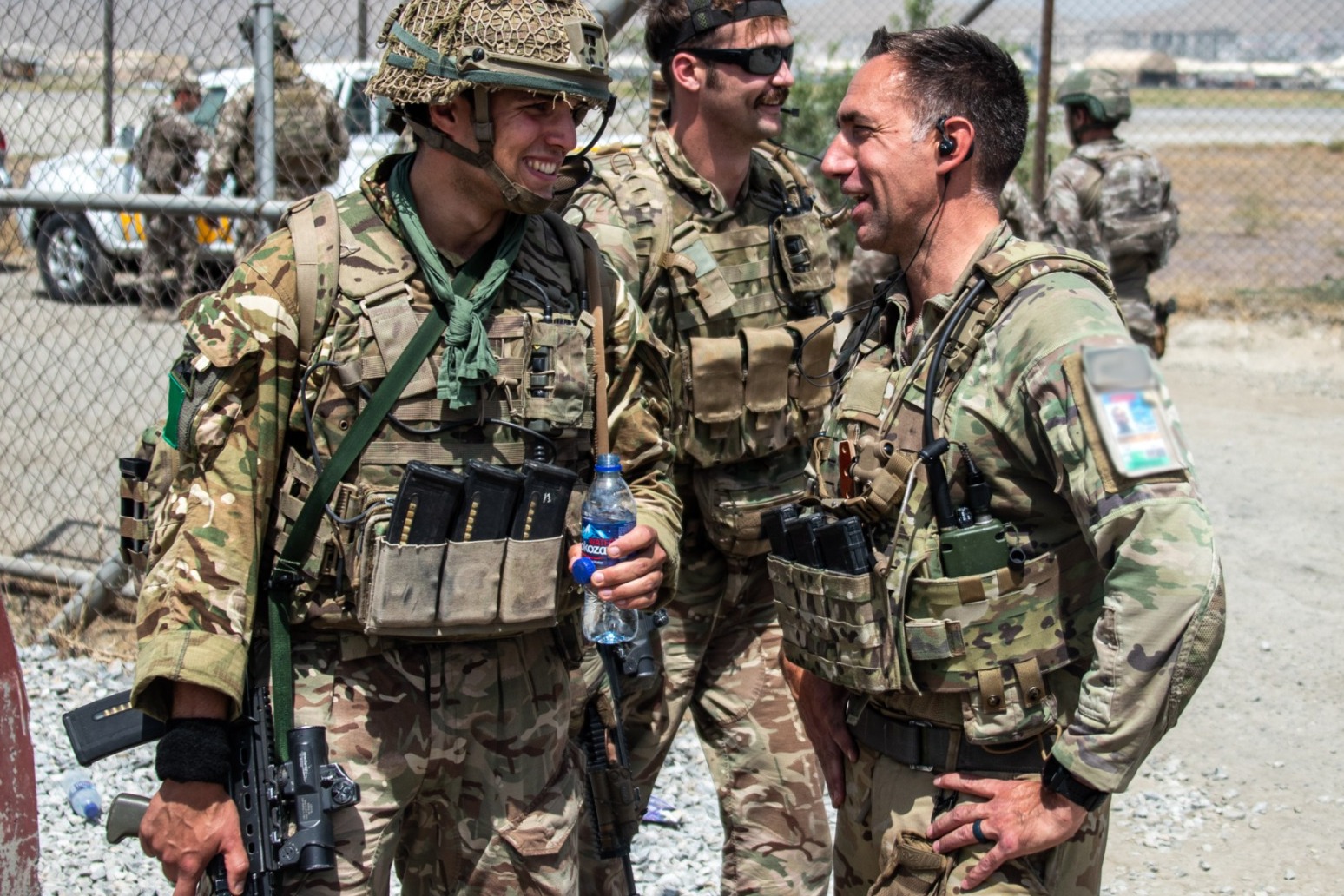 The UK is in a race against time to help British nationals and supportive Afghans leave Afghanistan as the US President suggested rescue missions must be completed within 10 days.

Joe Biden, at a press conference on Friday, signalled US efforts to rescue American citizens could wrap up at the end of the month, a move that is likely to present a similar deadline for British armed and diplomatic attempts to get people out of the country after the Taliban took control.

Asked whether the US could get all Americans out of Afghanistan by August 31, President Biden told reporters: “I think we can get it done by then, but we’re going to make that judgment as we go.”

It comes as Boris Johnson said the UK would have to “manage the consequences” of the US withdrawal from the central Asian country, a move which has come under fierce criticism this week.

The Prime Minister, speaking after chairing an emergency Government meeting about the Afghanistan situation, told broadcasters in Downing Street: “We went into Afghanistan to support and help protect the United States.

“So when the United States decides emphatically to withdraw in the way that they have, clearly, we’re going to have to manage the consequences.”

He said 1,000 people had been repatriated to the UK on both Thursday and Friday, with most of them UK nationals or those who had assisted British efforts in Afghanistan.

According to The Times, Mr Johnson feels “let down” by Mr Biden over the way the US has handled the withdrawal.

It has been suggested the President told G7 leaders at their meeting in Cornwall in June that he would keep “critical US enablers” in Kabul following the US exit from Afghanistan to ensure a Western presence could continue in the capital, according to a British diplomatic memo seen by Bloomberg.

British officials read the memo, issued before the Taliban’s lightning offensive across the country, as meaning enough security personnel would stay to ensure that the UK embassy in Kabul could continue operating, according to the news service.

Instead, the British embassy has been evacuated, Downing Street confirmed this week.

Mr Biden defended the US withdrawal, saying he had “seen no questioning of our credibility from our allies around the world” after speaking with Nato partners.

But Nato members had a message for Washington following a virtual meeting of foreign ministers on Friday, with the 30-nation group calling on the US to secure Kabul airport for as long as it takes, even if that stretches beyond the evacuation of all American nationals.

The Prime Minister used conversations with allies on Friday to pursue his own diplomatic push for international partners to take a united front in dealing with the Taliban.

He and Dutch prime minister Mark Rutte agreed any recognition of a new Afghan government should not happen on a unilateral basis, according to a Downing Street readout of their phone call.

Mr Johnson hinted that the UK could be willing to work with the Taliban “if necessary” to “find a solution” after 20 years of military engagement.

Under the Taliban’s previous rule in Afghanistan, women were largely confined to their homes, television and music were banned, and public executions were held regularly.

The leaders of the movement have pledged more moderation this time, although reports of targeted killings in areas overrun by the Taliban have fuelled fears they will return Afghanistan to repressive rule.

Asked whether the militants were a regime he could potentially work with, Mr Johnson said: “I think it’s very important that we take people at face value. We hope that they mean what they say.”

He added the insurgents would be judged “on their actions”, rather than their words.

The Prime Minister also backed the Foreign Secretary’s handling of the Afghan crisis following calls for him to resign.

The Conservative Party leader said he “absolutely” had confidence in Dominic Raab after the Cabinet minister delegated a call to a junior minister about repatriating Afghan interpreters due to being on holiday on the Greek island of Crete.