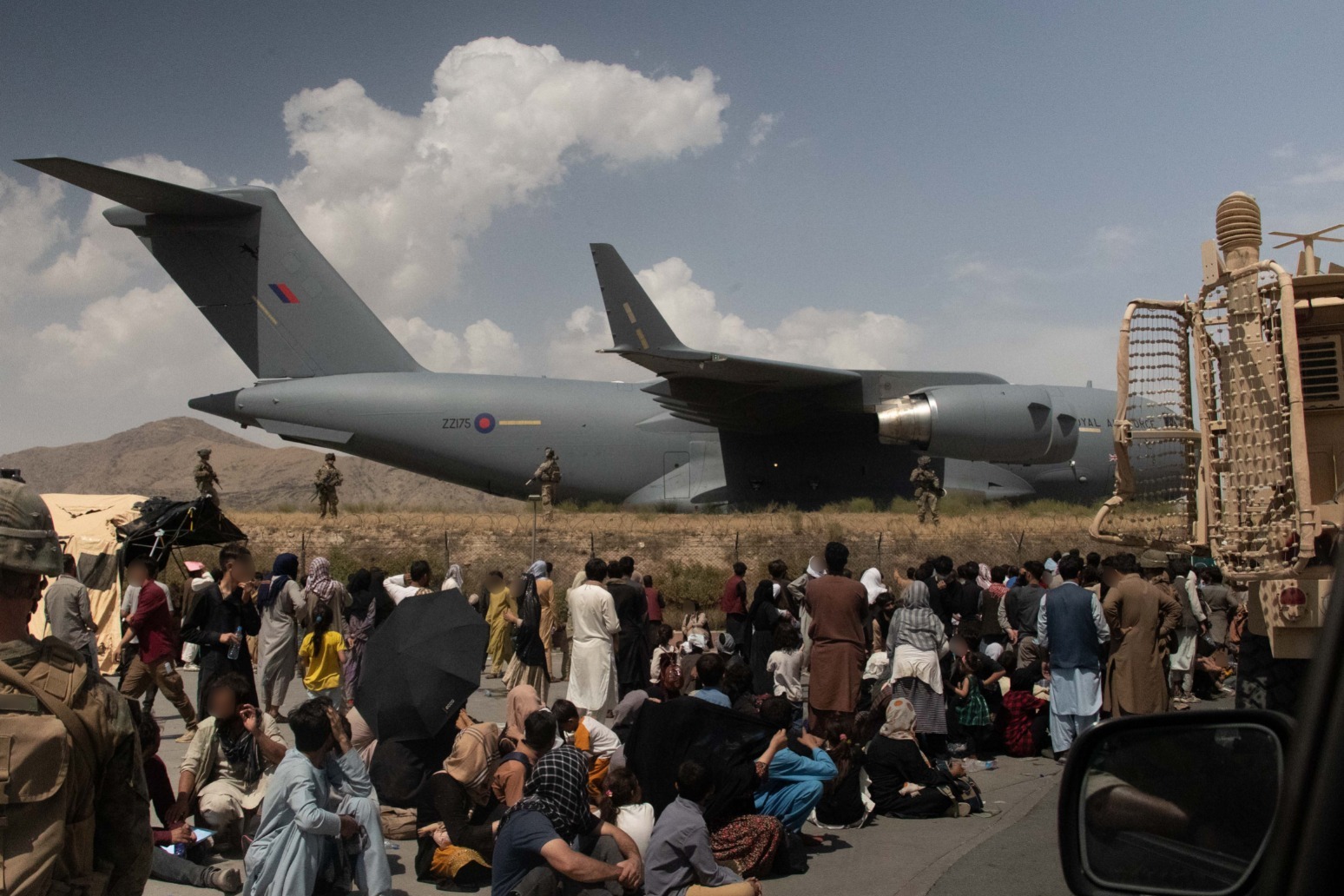 UK nationals have been told not to travel to Kabul airport amid the “high threat” of a terrorist attack, as the evacuation deadline from Afghanistan approaches.

The Foreign, Commonwealth and Development Office (FCDO) updated its travel advice for Afghanistan on Wednesday night and warned the situation in the country “remains volatile” and those near the airport should move away to a safe location.

“There is an ongoing and high threat of terrorist attack.

“Do not travel to Kabul Hamid Karzai International Airport.

“If you are in the area of the airport, move away to a safe location and await further advice.”

The Guardian reported that there were particular fears over a potential suicide bombing by so-called Islamic State splinter cell Isis-K, which is an enemy of the Taliban.

On Sunday, US President Joe Biden’s national security adviser Jake Sullivan said the threat from the group at the airport was “real, acute” and “persistent”.

Crowds have flocked to the airport over the last 12 days, since evacuation efforts began, in order to flee Afghanistan.

Chaotic scenes have been reported as troops attempted to remove as many eligible people as possible before an August 31 deadline by which military personnel must leave the country.

The FCDO’s updated advice said there had been allegations “of people being mistreated on their way to Kabul International Airport”.

And it warned that travelling by road was “extremely dangerous”.

It comes as it was reported that Defence Secretary Ben Wallace told MPs in a call on Wednesday that Afghans wanting to flee the country would be better off heading for the border and trying to make their way to a third country rather than travel to Kabul airport.

Nearly 2,000 Afghan interpreters and other staff who worked for Britain still need to be evacuated from Afghanistan.

They have been assessed as eligible under the Afghan relocations and assistance policy (Arap) and have passed security checks but remain on the ground, the PA news agency understands.

Latest figures from the Ministry of Defence (MoD) showed that 11,474 people had been able to leave the country since the evacuation mission Operation Pitting began on August 13.

This includes embassy staff, British nationals, those eligible under the Afghan relocation and assistance policy (Arap) programme, as well as some evacuees from allied countries.

But the end of the operation is rapidly approaching after US President Joe Biden rejected calls from Boris Johnson and other allies to delay his August 31 withdrawal date for the remaining American troops, who are providing security at Kabul airport.

As well as the almost 2,000 people eligible under Arap, an unidentified number of “special cases” may be eligible for evacuation, such as LGBTQ advocates, judges and human rights activists.

The MoD said the UK has evacuated almost 7,000 Afghan individuals and their families.

The number of British citizens who still need evacuating, as well as those who hold dual citizenship, also remained unclear.

A timetable for British troops to halt evacuations and begin their own exit has not been set out but is likely to come ahead of the departure of their American counterparts.

The Taliban has warned evacuations “will not be allowed” after Tuesday’s deadline and suggested foreign forces remaining past the deadline would cross a “red line” that will “provoke a reaction”.

The Prime Minister said after the virtual G7 summit that leaders had agreed the “number one condition” up to and after the deadline was that the Taliban must grant “safe passage for those who want to come out”.