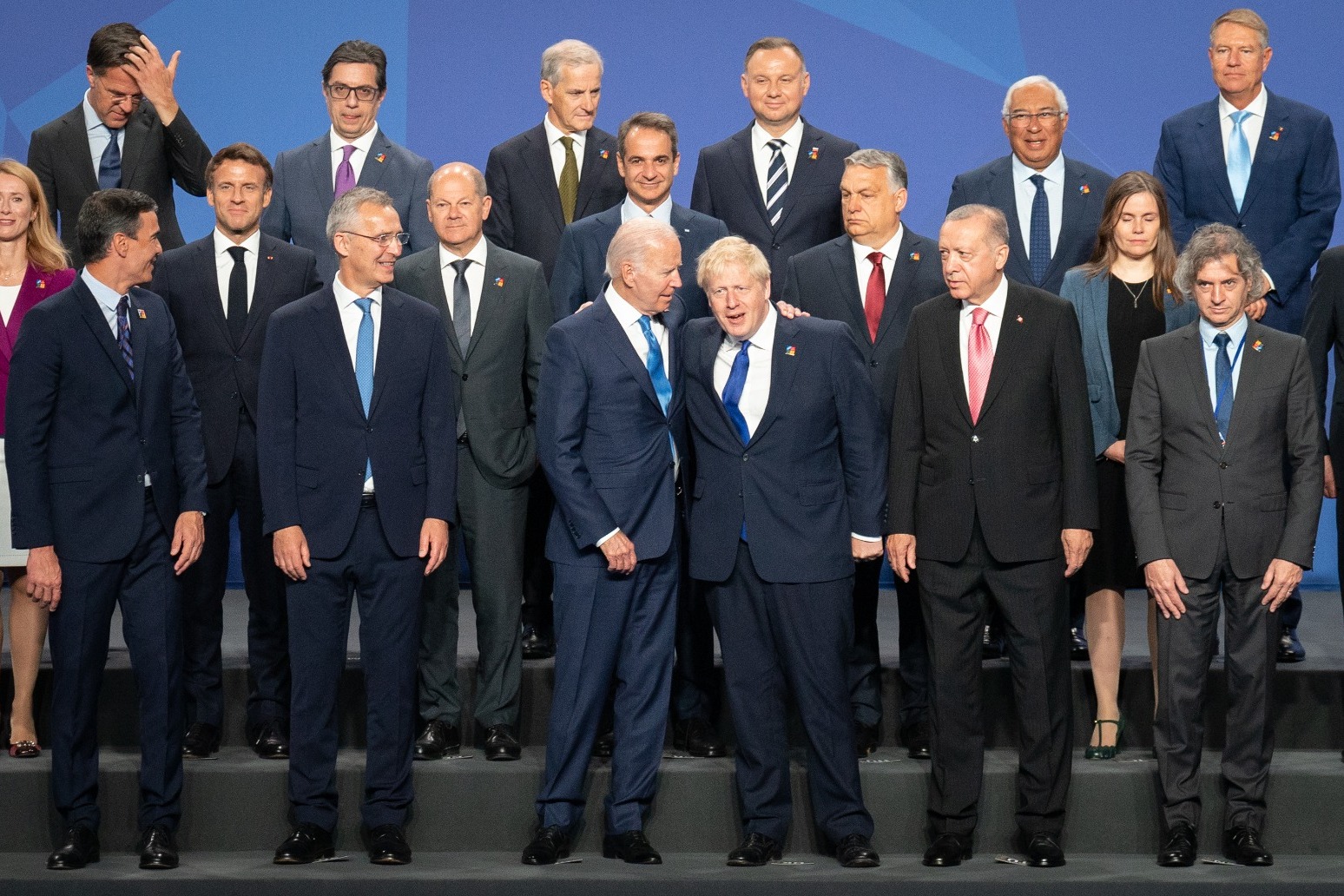 The UK will provide an extra £1 billion of military aid for Ukraine, dramatically increasing its support for Volodymyr Zelensky’s defence of his country.

The new funding amounts to a 77% increase on the £1.3 billion already provided, with Boris Johnson claiming British support was “transforming Ukraine’s defences” against the Russian onslaught.

At the Nato summit in Madrid, which ends on Thursday, the UK promised funding towards capabilities including sophisticated air defence systems, drones and electronic warfare equipment.

British officials said the equipment represents the first step in enabling Ukraine to go beyond defence and carry out offensive operations against Russian ground forces in order to recover lost territory.

“As Putin fails to make the gains he had anticipated and hoped for and the futility of this war becomes clear to all, his attacks against the Ukrainian people are increasingly barbaric.

“UK weapons, equipment and training are transforming Ukraine’s defences against this onslaught.

“And we will continue to stand squarely behind the Ukrainian people to ensure Putin fails in Ukraine.”

The UK is counting its support for Ukraine within its defence spending, taking its commitment to around 2.3% of gross domestic product – a measure of the size of the economy.

The level of spending on defence has been the source of a row between No 10 and the military, with calls for extra funding for UK forces to meet the increased demands as a result of the instability caused by Russia’s actions.

Defence Secretary Ben Wallace said: “Britain’s commitment to Ukraine is real and constant and we will stand by them until Russia changes course.

“This military assistance will help them intensify their fight against Russian aggression and ensure they have the defence capabilities they need.”

On the 2.3% spending figure, Mr Wallace told reporters in Madrid: “To be fair No 10 does say ‘if you include the extra Ukrainian spend’, they have put a sort of caveat to that.

“Because of course it isn’t core defence spending. I mean, it is not my core budget, it doesn’t buy me any more planes, tanks or ships.

“It is obliquely helping Britain’s defence because we’re helping Ukraine.”

The need for extra support for Ukraine was underlined by Odesa MP Alex Goncharenko, who said Russia was using “an incredible amount of artillery and multiple rocket launch systems” to flatten parts of his country.

“Yes their artillery is old style, old soviet style. But it kills,” he told reporters in Madrid.

“They tried blitzkrieg and it failed, and now it’s scorched earth.

“Like the First World War, that is the reality.”

Mr Wallace echoed that assessment of Russia’s tactics, which he estimated had cost Mr Putin around 25,000 dead soldiers.

“They are grinding at First World War levels of advancement, metres not kilometres a day,” he said.

The Russians had “bombed the shit out of the infrastructure” so “all they’ve got to occupy is minefields and flattened buildings”.